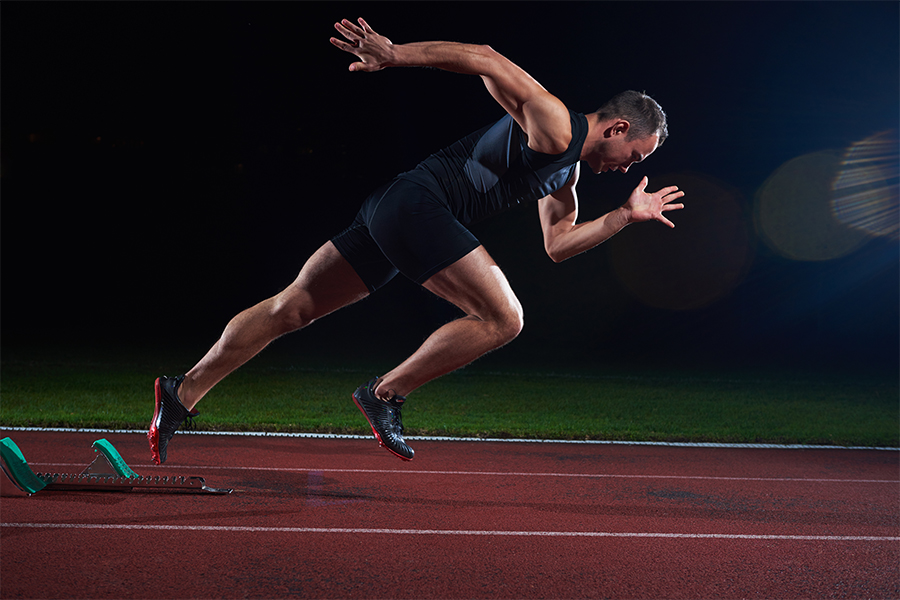 Over the last decade, we studied CEOs of companies that thrive within some of the most challenging business environments on the planet. Though very different in many respects, these CEOs share leadership behaviours and attitudes that strongly parallel those of top athletes. We further theorise that these athletic traits make CEOs uniquely suited to tackle contexts where little can be taken for granted.

Four of them, in particular, achieved extraordinary results against the backdrop of a prolonged economic recession and international economic sanctions. Herman Gref has transformed Sberbank from a sleeping behemoth into a dynamic digital company providing services ranging from traditional banking to telecommunications to more than 100 million customers, and delivering superior shareholder returns. Under Vitaly Saveliev’s leadership, Aeroflot has become the most valuable airline brand in the world, quadrupled its passenger count and became the most efficient airline in Europe. Alexander Dykov, CEO of Gazprom Neft since 2007, has turned a loose amalgamation of upstream and downstream assets into the most dynamic energy company in Russia, doubling its reserves, production and refining volumes. Eugene Kaspersky built Kaspersky Lab into a global household brand across the world, supplying anti-virus protection to more than 400 million people in 200 countries.

The “athletic” mind-set
These CEOs share three fundamental qualities that we have also identified in interviews with world-class athletes for our book “Athletic CEOs: Leadership in Turbulent Times”: formative experience, mental toughness, and adaptability.

Formative experience. Athletic leaders share a formative experience of practicing competitive sports in their youth, facing early adversity as leaders of important projects, and changing companies and industries along the way. They occupied leadership positions early in their lives – when most of their contemporaries still had entry-level jobs. Saveliev ran a huge organisation at the age of 28. At the same age Gref became head of a property management fund in a town near St. Petersburg, and Dyukov was appointed CFO of St. Petersburg’s oil terminal (and would become the CEO the following year). Eugene Kaspersky headed a group of software designers at the age of 26 and started his own business at the age of 31. Early exposure to leadership made them comfortable running organisations and contributed to their self-confidence and winning mentality.

Mental Toughness. Like top athletes, athletic leaders thrive in competition, push themselves and their organisations to the edge, and stay focused on the goal regardless of the external distractions.

When Herman Gref became Sberbank’s CEO he was not only a novice banker but also a novice CEO, yet he was confident that Sberbank would become a world-class organisation and made it an explicit goal. Ambition and belief in ability to win makes athletic leaders consider difficult tasks as challenges to be mastered rather than threats to be avoided. The leaders we studied are also passionate about their business, the organisations they head, and people they lead. They speak about them with enthusiasm, devote most of their time to them, and willingly make minor and major sacrifices for them. Passion gives them motivation, energy and focus.  Viacheslav Fetisov, the many-time Olympic and world champion and captain of the famous ‘Red Machine’ USSR ice-hockey team in 1980s told us that ‘you cannot keep winning, playing or training beyond the pain barrier for money – you have to love it!’. Focus on performance and total concentration are the cornerstones of daily life, training, and competition for top athletes. Athletic leaders are similar. Bombarded with myriad ideas, requests, and demands on their time, they stay centered on their priorities, pursuing them with unparalleled passion. One Gazprom Neft executive describes CEO Alexander Dyukov as a man who ‘when he decides on something will make sure you do that, no matter what’.

Passion fires up athletic leaders, but just like athletic champions they master their emotions when the time comes to make important decisions or negotiate significant deals. Keeping a cool head means that a leader has a strong ability to stay calm and think clearly under very stressful conditions. A leader with a cool head applies logic to the situation, analyzes available data, seeks expert advice, considers different options, and synthesizes a solution. In 2009, just a few months after becoming Aeroflot’s CEO, Vitaly Saveliev made the controversial decision to take 26 TU-154 airplanes out of service. The company was in very bad shape and every rouble of revenue counted. Many company veterans asked him to reconsider, but the new CEO stayed firm. Mathematical analysis subsequently proved that, because of very low fuel efficiency, every TU-154 flight added $10,000 to $20,000 to the company’s losses.

High-achievement sport requires athletes to go beyond what is considered possible for human beings. Rasmus Ankersen, a bestselling author and expert in high performance in sport, quotes one European long-distance runner: ‘Here (in Kenya) I see runners suffer to a degree that I cannot in my wildest dreams imagine anybody in the West subjecting themselves to. This is a fast moving journey which wrenches the body beyond its moral limitations: it starts with the recognition that pain is the validation of accomplishment’. A leader’s mercilessness is not only about the number and intensity of their working hours; it also translates into demanding standards of behaviour, extremely challenging goals, and zero tolerance for low performance and mediocrity.

For the purposes of our leadership model and the following discussion we will treat proactive curiosity as a trait of athletic leaders, which results in specific repetitive behaviors. Our protagonists demonstrate what Cicero called a ‘passion for learning’ in relation to their businesses and leadership projects and many other subjects besides. Almost every meeting we had in carrying out our research for this book started with a question from our interviewees: ‘What’s new in your part of the world?’ Vitaly Saveliev always asked about our last experience of flying Aeroflot and Alexander Dyukov enquired about the situation in France and Western Europe. Herman Gref, who is reputed to be Russia’s number one business leader for learning, reads about 300 books a year, regularly goes to Silicon Valley to explore business and technology innovation, attends conferences, asks questions, and listens, listens, listens to people from all over the world.

Athletic leaders’ proactive curiosity is complemented by a conscious process of rapid knowledge updating, which takes multiple forms. Vitaly Saveliev entered civil aviation – an industry known for its technical sophistication – at the age of 56 without any insider knowledge. He immediately set up a ‘Saturday school’ – a weekly workshop with consultants to learn about aviation. In just six months, he reached the same standard as veteran Aeroflot executives. And within two years he knew enough to develop Aeroflot’s new strategy. Today, other airline CEOs seek his advice on industry matters. Herman Gref, who had never been a banker before joining Sberbank, became an industry authority in three years, a black belt in Lean Production in a year, and an authority on the digital economy less than two years after first encountering the topic.

Adaptability allows athletic CEOs to adjust their mental models – internal explanations of how the world and its component parts function. Their mental representations of their businesses, industries, and countries – and the global environments in which all of these operate – evolve all the time, allowing new strategic approaches to emerge. Research shows that most CEOs remain ‘one trick ponies’ for the duration of their tenure and inflexible mental models become their major handicap when the world moves ahead. Athletic leaders do not suffer from this disease.

Now that we have described the personal qualities that distinguish athletic leaders, in future INSEAD Knowledge posts we will address how such leaders approach more practical matters such as day-to-day habits, outcomes and outputs.

Stanislav Shekshnia is an INSEAD Senior Affiliate Professor of Entrepreneurship and Family Enterprise. He is also the Co-Programme Director of Leading from the Chair, one of INSEAD’s Board Development Programmes and a contributing faculty member at the INSEAD Corporate Governance Initiative.

Veronika Zagieva is a Project Manager at the Talent Equity Institute, an internal Research & Development division of Ward Howell. She specialises in research on the topics of leadership and corporate governance.

Alexey Ulanovsky is an associate professor in the Social Sciences Faculty of the Higher School of Economics.

Shekshnia, Zagieva and Ulanovsky are the authors of “Athletic CEOs: Leadership in Turbulent Times”. It will be published in January 2018.