When winning means losing in negotiations

Be careful about imposing your terms as it may backfire 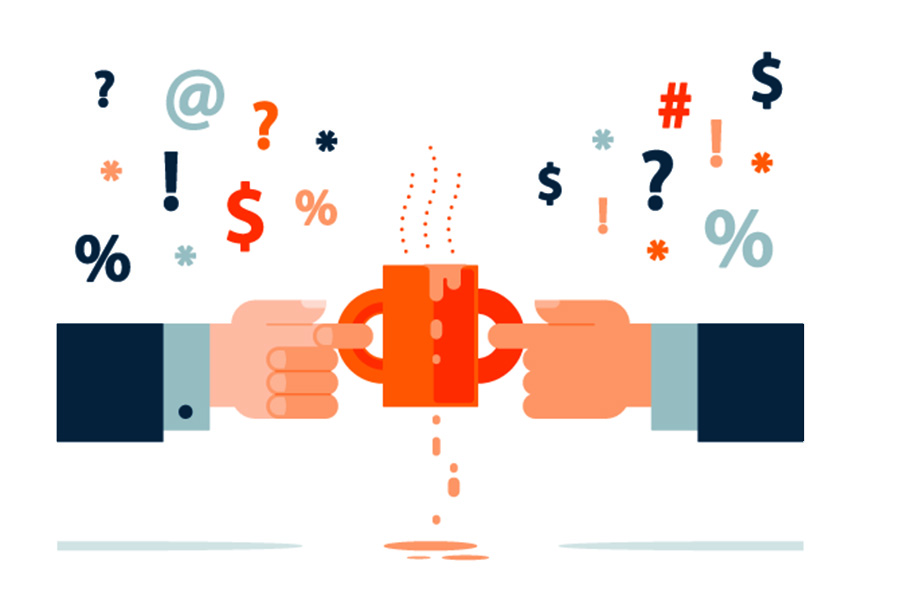 A common belief is that when we negotiate, we should push hard to get the best possible deal. Indeed, sometimes choosing a power-based strategy and pushing hard can yield great deals. Other times, power-based negotiations can raise resistance and lead to an impasse. But failure aside, the two most likely outcomes of power-based negotiations have long been assumed to be this: If you have more power than the counterparty, you win; otherwise, you lose. However, new research shows a third possible outcome: You may win, but you don’t get the value you expected.

Indeed many negotiators become emotionally attached to a desired outcome and lose sight of the bigger picture. They develop negotiation tunnel vision and forget to craft a deal that produces the best actual results. After the excitement of closing their preferred deal, comes the reality and constraints their counterparty will face when delivering on commitments. Saying yes is often just the beginning of the relationship and what we then do may frame it in good or bad ways.

In their 2017 paper “Getting Less: When Negotiating Harms Post-Agreement Performance”, Hart and Schweitzer from the University of Pennsylvania looked beyond the negotiated outcome. Shedding light on the assumption that a deal immediately translates into performance post-agreement, they showed how negotiators can win the negotiation, but without the value they expected. Hard bargaining or power-based negotiations may force the counterparty to accept your deal. However, counterparties who feel bullied into a bad deal may choose to underperform, especially when delivering services.

Suppose you negotiate a very low price with a contractor to paint your house. Although reluctant, the contractor needs your business and eventually agrees to your low offer. You feel elated that you got a great contractor at a considerable discount. Only after the completion of the works do you discover that the paint used on your walls was of poor quality. When confronted, the contractor explains that he had to be creative to cover costs and deliver on the contract within the existing constraints.

In studies 1, 2 and 3, the negotiable salary was capped to match the fixed one, so both groups earned the same target salary. The participants were then asked to complete an effortful, mundane task (study 1) or a creative task (study 2). They were also told by the researchers that their employer’s remuneration depended on the accuracy of the completed task and how much money (from a stated initial sum) was left after paying the participant.

Hart and Schweitzer found that the negotiation groups did a lousier job than the control groups. More likely to perceive a conflict of interest with their employer (as they were both fighting for the largest possible piece of the same “remuneration pie”), the negotiation groups were less accurate, tackled less of the task and chose to spend less time on it. However, when controlling for the perceived conflict of interest, the results of both groups were broadly in line. Study 3 confirmed these results and found that the perception of conflict of interest persisted no matter who made the first offer.

In the fourth and final study, employers made the first offer and the script ensured that the negotiating group could negotiate it up, while the control group only received a low fixed offer. This resulted in the negotiating group receiving higher wages. And while the two groups did not differ in accuracy and quantity of the attempted tasks, the negotiation group now chose to spend more time on the task than the control group. So a higher salary did not lead to more productivity, but to more effort and dedication. Furthermore, the ability to negotiate a higher salary brought the perceived conflict of interest to the same level as that of the control group.

Is it worth the risk?
The studies demonstrated that offering a higher pay can mitigate the harmful post-agreement effect of a negotiation, but not every employer can afford to offer more. In this case, the authors suggest avoiding negotiation and making a fair, fixed offer in line with the market. We, however, would like to advise caution with this approach and bring to mind the negotiation history lessons of Boulwarism. General Electric's former executive Lemuel Boulware became famous in the late 1940s for the negotiation tactic, later known as Boulwarism, which involved making an arguably fair and rational, but first-and-final offer to labour unions. Not only did this rigid, take-it-or-leave-it power approach enrage the unions, but the United States National Labour Relations Board also ruled it an unfair practice.

So what is a negotiator to do? In their book The Point of the Deal: How to Negotiate When Yes Is Not Enough, Ertel and Gorton suggest we anticipate the implementation of the deal before committing. They have some other tips: To avoid conflict of interest, don’t let any party over-commit; see the negotiation as an exercise that goes beyond the deal to also include implementation; and remember that the negotiation frames the start of the relationship.

Ask yourself if insisting on a fee reduction when buying a service is worth the productivity risk. It may not make sense if the revenues supported by the service are quite large. The potential costs in terms of motivation, dedication and ultimately value could easily wipe out any savings resulting from the discount. You may still negotiate volume discounts for example, but not demand lower fees without providing value to the provider in return. Otherwise, you risk creating a conflict of interest and reducing productivity.

If, however, you are going to make a fixed offer on a negotiation variable such as fees, please do it carefully. Do not bring it up as a non-negotiable point, but rather make sure your fixed offer is transparent and has a strong, legitimate basis. Invite new information that could lead to a revisiting of your offer, in case you were wrong to begin with. Feel free to share the constraints that make it hard for you to offer more on that particular dimension. Then show that you are open to help increase the value in other parts of the deal. Finally, both sides should “air their nightmares” by discussing their worst fears about the servicing of the deal. Try to come up with preventive solutions together. After all, negotiation is not about a deal on a piece of paper, but rather about co-creating a new reality, hopefully one that is valuable to everyone.

Horacio Falcão is a Senior Affiliate Professor of Decision Sciences at INSEAD. He is also the programme director of Negotiation Dynamics, part of the school’s suite of Executive Development Programmes. He is the author of Value Negotiation: How to Finally Get the Win-Win Right.