Why local companies are winning in emerging markets

When entering emerging economies, multinationals should get genuinely involved and actively participate in the development of local markets rather than just adapt to them. 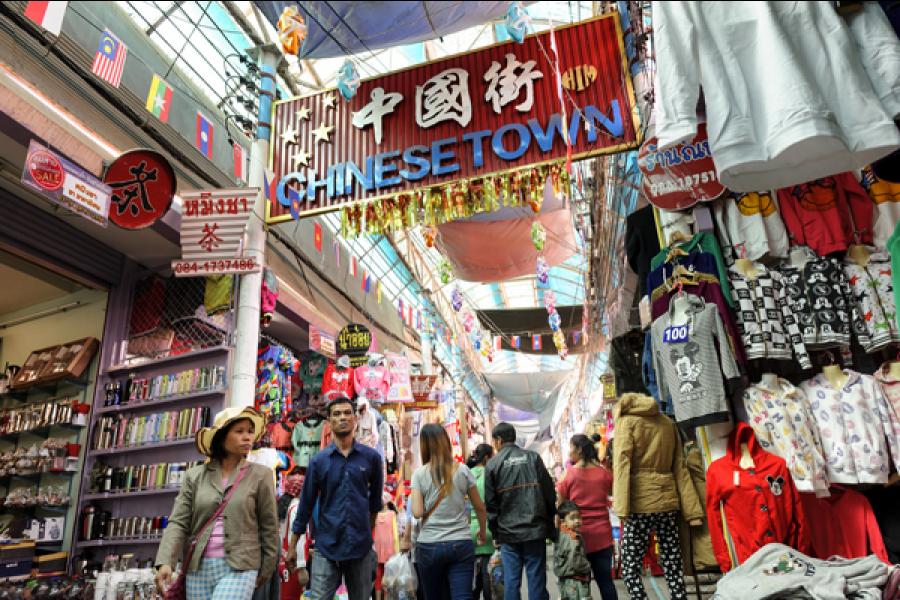 Many leading multinationals are finding that their biggest competitors in emerging economies are local players and not other big global names. Why is it, for example, that the Chinese and Indian ice cream markets are dominated by local brands and not the likes of Unilever and Nestlé? The same goes for a range of industries, such as home appliances or e-commerce, and not just in China and India. In most cases, the fact that local companies have been outperforming foreign multinationals cannot be blamed on protectionist regulations or unfair competition.

A study I conducted with Peter J. Williamson described in “The New Mission for Multinationals” provided plenty of evidence of locals winning in various emerging markets and led us to discover why. We found three main factors for why locals are winning and why multinationals aren’t: 1. Local companies are leveraging the world’s technologies and knowledge at home; 2. Local firms can turn quickly to consecutive shifts, which means attempts by multinationals to adapt to the local market lag behind developments; 3. “Local integration” provides a dual ‘home team’ advantage. Together, these three factors make local firms a force to be reckoned with.

Leveraging the world at home
It was often assumed that globalisation would only favour large multinationals from the developed world, which could transfer physical as well as intangible assets within themselves cheaply and efficiently. Their ability to outsource and offshore activities to emerging economies ensured costs remained low, thus strengthening their domination.

But what goes around comes around. Globalisation also affords local players in emerging economies the access to the same modular designs, product components, contract manufacturing, and cross-border M&A opportunities to bolster their competitiveness in their home markets in ways that weren’t possible in the past. China’s Xiaomi Inc., for example, sells mobile phones in China which are engineered and made with technologies, components and manufacturing services by the same American, Japanese, and Taiwanese suppliers that serve Apple and Samsung.

Local companies anywhere can also benefit from global markets for knowledge-intensive activities such as design, engineering, or consulting as well as from global markets for talent and talent development. Four of Xiaomi’s eight local founders have a combined experience of fifty years inside Motorola, Google, Microsoft, and Siebel, in addition to various academic degrees from Purdue, Georgia Tech, and the College of Design in California. The “global village” is, after all, a village for everybody.

Adaptation lags behind developments
The rapidly changing dynamics of emerging markets is why “local adaptation” is always a second-best strategy in emerging markets. Countries such as the BRICS have been engaged in the process of globalisation with an unprecedented surge of modern development. Their economies are, by and large, transforming into different shades of the market economy. If we focus on the growth that several of these emerging markets have exhibited, we may miss the point of the complex transformation that their societies are going through, each unlike the other. It is this ‘emergence’ that is both fascinating and hard to comprehend.

“Development” is not a linear path, let alone a predictable one. It is associated with myriad changes (new institutions, new policies, new rules and practices, new technologies and skills, new offerings and preferences, new industries and product markets), some incremental and some disruptive. Such economies are emerging precisely because such a transformation is multifaceted and intricate, morphing and shifting, turbulent and partly unforeseeable.

An emergent market economy is not just about the economy; it is also about the polity and the society. Brazil’s economy has been through an extraordinary phase of development and growth. At the moment GDP is shrinking, but the question is not just about the short-term consequences of inadequate fiscal policies or the dependence on commodities. The country is struggling to unlearn old habits that led to corrupt relationships between business and politicians, and changing the practices of politics and government. At the same time, it is dealing with the increased participation of citizens using social media who demand improvements to infrastructure, environmental sustainability, and more. Brazil’s continued emergence is a long and rough journey forward.

It wasn’t long ago that China had little or no internet access. Now, it has 22% of the world’s internet users. Such rapid developments are significant in that they transform work habits, social interactions and feedback mechanisms. Different preferences and habits emerge in different places and along the way, new rules enacted, common practices change and some traditions vanish.

It is not easy to understand today’s China from an office in the US or in Sweden, let alone work out what the implications of a changing China are. Even those in China cannot fully know what China will be tomorrow. Emerging China can only be anticipated, and partially so, by those who are actively engaged in building it. If you go there today, by the time you appreciate what is happening, it will have moved on. Multinationals are, at best, slow to adapt to such rapid social and institutional shifts in an alien field and often miss the boat.

Local integration
The "home team" in an emerging market has an additional advantage: it can anticipate changes because it is actively engaged in developing the playing field and co-evolving with it, as the game plays out. Unless the visitors have some remarkable superiority that works well in any situation, they are bound to lose. Transforming the field and playing at the same time is taxing for the home team but they have a particularly powerful motivation: it is their home, after all.

Amazon and eBay were early entrants in China when e-commerce was just beginning there. They found an embryonic market in a vast country with no reliable and efficient infrastructure for delivery or credit card payments. How could they adapt their plays to that field? Alibaba, a local e-commerce company, decided to introduce new plays and change the playing field. It created AliPay, a special payment system with Alibaba acting as intermediary and guardian (by providing a trust account that did not release funds to the seller until the buyer was satisfied); it partnered with forty local banks and with China Post, so that AliPay accounts could be re-charged nationwide; and it worked with the Post and several local delivery and logistics companies around China to develop and facilitate the collection and delivery of parcels. Alibaba continued to transform the local landscape for e-commerce, as well as itself, actively influencing the development of the market in China while simultaneously evolving with it.

Natura, the leading player in the local market for toiletries, perfumes and cosmetics in Brazil, was a pioneer in using a variety of rainforest plants and trees as key ingredients for its products. Natura worked hand-in-hand with 32 local communities in the poorer North of Brazil, often in remote regions, and helped build and develop the skills and methods of over 5,000 small suppliers there. It worked with local and federal regulators and legislators to help shape the regulatory framework of Brazil’s unique biodiversity. At the same time its strategy encouraged greater protection of the environment and was instrumental in building public awareness about the need for greater sustainability in Brazil. Natura was among the first companies in the world to practice “triple bottom line” principles, a lead that was subsequently followed by many other Brazilian companies. Natura’s charismatic founders were vocal about how companies need to participate in the development of their countries. Natura was perceived to be sharing its destiny with that of the country, something that multinationals rarely achieve outside their own home country.

We identified five mechanisms that local companies often use to build dynamic “home team” advantage in emerging markets – a strategy we call “local integration” (these are detailed in “The New Mission for Multinationals”). Local integration requires the active involvement and commitment of a company to a place and its community. Being embedded locally is not enough, let alone just cloning a foreign operation. Many local companies speak and act as if their “home” is just the natural place to do business and make a profit. This is obvious. But other companies go much further, embracing a vision for their “home” and contributing to it. GE, for example, is public about its part in a “strong U.S.”. Not surprisingly: GE is a global American company, profoundly engaged with, and a long contributor to, the development of its home country. Likewise with Alibaba and Xiaomi and Natura and many other local companies in emerging markets. The world may be global, but “there is no place like home”.

The question is, can a multinational company be “locally integrated” outside its home base, or will it remain consigned to being foreign, a “visitor”, seen as trying to maximise its own performance by adapting its business to the local market and leaving at the first sign of distress? Such an alien visitor may still win there, but only when the local market values it because it is foreign, or because it comes with unique offerings that locals value, or both. Otherwise, in emerging markets, local companies will continue to win.

Jose Santos is an Affiliated Professor of Practice in Global Management at INSEAD.

PS: Jose Santos has dedicated this article to the memory of Jayne Brocklehurst, the editor who worked with him on an earlier version of this article last year and who sadly passed away in August.

Tweets by @forbesindia
American entrepreneurship: Vastly overrated?
Far from being a necessary evil, business, in fact, is a social contribution