American entrepreneurship rates are not that good right now. But is the picture as bleak as it is made out to be? 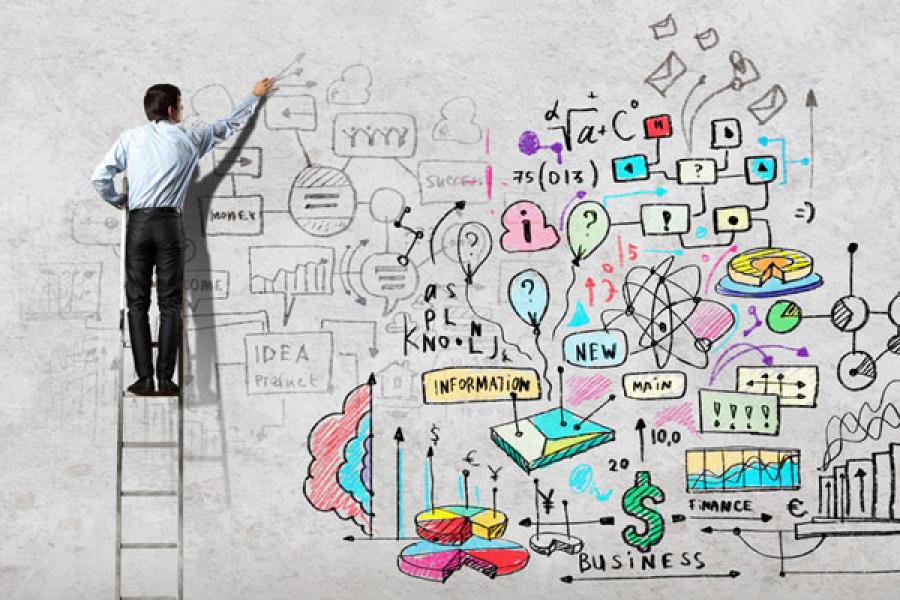 The US is a country of entrepreneurs, fearlessly risking everything to make a fortune by bringing new products and services to market. Global leaders like Microsoft, Apple, and HP were started in garages by university drop-outs. Google, Facebook, and many lesser-known internet start-ups carry on the tradition today.

At least, that’s the story as it has been told and retold in a thousand business magazines. And it is true that America is the place where entrepreneurs can make a fortune. The US has a huge internal market and a fully-developed venture capital industry that knows how to reach that market.

But contrary to popular perceptions, real-life entrepreneurs are very rare in America. According to data from the Organisation for Economic Co-operation and Development (OECD), the US has one of the lowest rates of entrepreneurship in the world.

In fact, the OECD rates the US third from the bottom in a ranking of 25 countries in employer enterprise birth rate. Over 50% of Americans work for large companies of 250 employees or more. Only two other countries in the world have economies that are so dominated by large firms: Slovakia and Luxembourg.
A major new cross-national study seeks to clarify the situation. The Global Entrepreneurship Monitor (GEM) is a massive cross-national survey of entrepreneurship coordinated by Babson College and London Business School. It includes top-quality population sample-survey data for 69 countries plus expert interview data for many others.

In the GEM data the US ranks 27th of 69 countries in “Total early-stage Entrepreneurial Activity” (TEA), the GEM team’s preferred entrepreneurship metric. Perhaps surprisingly, at the top of the list are poor African countries like Cameroon, Uganda and Botswana, and poor Andean countries like Ecuador, Peru and Bolivia.
In fact this makes complete sense. In very poor countries, people have to be entrepreneurial to survive. Rates of entrepreneurship in these countries top 25% of the population compared with 14% in the US. Still, the US ranks higher than any other rich country.

Based on GEM data, China’s entrepreneurship rate is 15.5%, slightly above that in the US.

Among GEM survey respondents between the ages of 25 and 34 the entrepreneurship rate in the US is 18%. GEM does not break out figures for China by age in its summary reports. But a separate survey from Chinese jobs website Zhaopin.com reported that 6.3% of 2015 Chinese university graduates plan to start their own businesses, up from 3.2% in 2014.

And here we get into trouble. Based on these figures a recent feature in The Wall Street Journalraised the concern that entrepreneurship rates among Chinese graduates are “only 6.3%—compared with around 20% in the US.” On a positive note, the article pointed out that the entrepreneurship rate among Chinese graduates had doubled in just one year. Not bad!

Leaving aside the somewhat questionable doubling of entrepreneurship rates among Chinese graduates, what about that “around 20%” figure for the US? The GEM survey figure of 18% applies to all young adults, not just graduates. But this figure is close to 20%, and it too is rising.

According to Donna Kelley, a professor at Babson College and lead US researcher on the GEM survey, American young adults are increasingly entrepreneurial. “In 2014, 18% of 25-34 year-olds were starting or running new businesses compared to 15% in 2013.”

The GEM survey defines entrepreneurship as “Any attempt at new business or new venture creation, such as self-employment, a new business organization, or the expansion of an existing business, by an individual, a team of individuals, or an established business.”

That’s a pretty broad definition of entrepreneurship. For example, if you are an employee who is involved in helping your global Fortune 500 company find new clients, open new locations or expand output in an existing plant, you are an entrepreneur. A checkout clerk at a fast food restaurant who asks “do you want fries with that?” is potentially an entrepreneur by GEM’s definition.

GEM respondents are only excluded from being categorized as entrepreneurs when they explicitly answer “no” to the series of questions about entrepreneurial activities. This is laughably bad research methodology. But it does serve the purpose of inflating entrepreneurship numbers—and perhaps justifying funding for future surveys.

Salvatore Babones is an associate professor of sociology and social policy at the University of Sydney and an associate fellow at the Institute for Policy Studies (IPS).The views expressed in this article are his own.