Far from being a necessary evil, business, in fact, is a social contribution 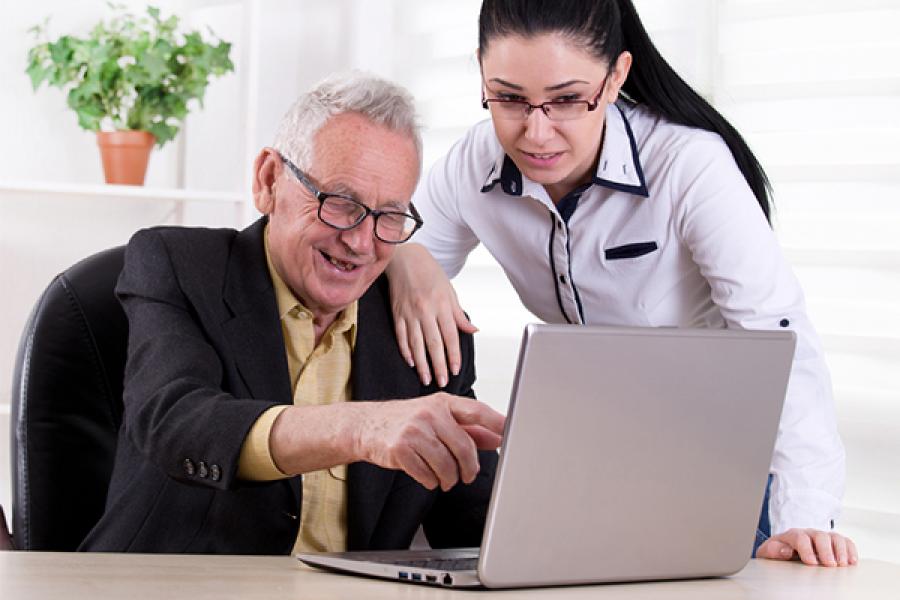 Image: Shutterstock.com
Business is as noble an endeavour as any, and is, in fact, social work

In these times when ‘crony capitalism’ and ‘suit boot ki sarkar’ are terms that are easily bandied about, it is a common perception that business is all about greed, and businessmen are a selfish lot, looting the rest of us to fill their own coffers. I beg to differ. I contend that business is as noble an endeavour as any, and is, in fact, social work. Let me illustrate my point with a story.

The apple orchard
Once upon a time, when the rail and road network in the country was not as widespread as it is now, and trade and commerce was limited within small geographical regions, apples used to grow in abundance in Himachal Pradesh. In Mumbai, or Bombay as it was known then, people knew about the fruit but few had tasted it. “An apple a day keeps the doctor away” is an adage as old as time itself, but for the Bombayites in those days, apples were much harder to find than doctors. Kids were shown pictures of apples, but were told they would have to go to the Himalayas to eat one. In the mountainous regions of Himachal, meanwhile, there was an overabundance of the fruit, and kids could eat as many as they wanted. They could just go up to any tree, pluck them off, and take a bite. Since they were so readily available, buying apples was unheard of among the villagers, and any commerce that happened was restricted to the handful of local towns that were no more than a few hours of bullock-cart rides away.

A Mumbai businessman happened to visit one of these apple growing-regions of Himachal. He saw the trees groaning under the weight of unplucked apples, and, curious, went up to the villagers. ‘If I wanted to buy 10 kg of these apples, what would they cost?’ he asked. The villagers were taken aback, and conferred among themselves. After much hesitation, they ventured to name a price of Rs 1 per kg. The businessman readily paid them 10 rupees for 10 kilos of apples, and putting his bounty into a sack, went back to doing whatever he had gone there for in the first place.

Back in Mumbai, the businessman got in touch with a few friends and neighbours, and let them know that the fruit they had only seen in pictures was now available for purchase, right here in Mumbai. People were delighted, and turned up in droves to see and touch the wondrous red fruit. When asked the price, the businessman looked at their enthusiasm and named a price of 10 rupees a kilo! Now this was a big amount of money in those days, but their appetite was already whetted, and the entire batch was sold out in no time.

Between demand and supply, there is business
Now the businessman saw a lucrative business opportunity, and, losing no time, made the long and arduous journey back to Himachal again. This time, he said, I want to buy 100 kilos, at the same price of Rs 1 per kilo. The villagers were no dunces themselves, and could recognise an opportunity as well as anyone. The price, they said, would now be Rs 2 per kilo, double of what it was earlier. The businessman was taken aback, but considering he still had a cushion of 8 rupees (or so he thought) he agreed and carted the entire 100 kilos back to his waiting customers in Mumbai.

But now, the customers also knew that he had much more stock to move before the apples went bad and so, bargained with him to bring the price down to 7 rupees a kilo. The businessman, having no way to advertise or market the apples to a wider audience, had no option but to agree, and sold the apples at Rs 7 a kg. The word had spread by now, and many more people were eager to taste apples right here at home in Mumbai. So this time, too, the entire stock sold out in no time.

Others can grab opportunities, a businessman can create them
Convinced that this was now a viable and indeed a lucrative new business, the businessman was soon back in Himachal again, this time with an order of no less than a 1,000 kilos. The villagers had by now deduced that since he was coming back again and again, he must be making a hefty profit. So they increased the price again, this time to 3 rupees a kg. And back in Mumbai, the price came further down to Rs 5 a kg. While his profit margins had reduced drastically, since he was selling many times more apples, the business was sustainable.

Now, we come to the points raised by this story. In my seminars and discussions, I ask if in the first instance, when he was to sell the apple at Rs 10 a kilo and was giving the farmer only 1 rupee a kilo, was he exploiting the farmer? On the other hand, when he bought the apple at 1 rupee a kilo and was selling at Rs 10 a kilo, was he exploiting the customer? Generally the response I get is that he was exploiting neither. He was simply connecting producers and consumers, and it was only because of him that the villagers were able to sell fruit for good money, fruit which would otherwise have rotten or been taken away for free. And in Mumbai, people who would otherwise have not gotten an opportunity to taste the fruits, were able to do so, again only because of him. It was his idea to become a bridge between the demand and the supply, it was his money that was invested, it was his hard work, of travelling back and forth between far-flung places. And it was his risk and his risk alone, because neither the farmers nor the city-dwellers would have been worse off if the fruit had rotten on the way, or the businessman had been robbed, or a natural calamity had waylaid him. It was his initiative, his risk and his labour. Some trips he would have made a profit, sometimes not. Both farmers and customers benefitted a lot from his risk, his labour and his enterprise.

It is business which helped us move out of stone age and progress to the world we see around us today. If there had been no business, there would have been no trade, no production, no services, no roads or means of transportation. And when I say business, I mean family businesses, because corporations are a fairly recent phenomenon - all throughout history, businesses have been family affairs. To reiterate, business is the heart of any economy, and far from being a necessary evil, it is, in fact, a social contribution. A lot of businessmen do charity and social work, but it is my contention that doing business itself is contributing to society.

Business is social work, profit is charity
However, the demonising of businessmen has been going on for centuries. This is truer in the case of family businesses because people have an easily identifiable target in the form of the head of the family. One common example from our own times is the builders, most of whom are small or medium family-run enterprises.

A widespread and unambiguous impression has been created that builders exploit home buyers. But few people realise the risks that go into being a builder in the current landscape, where land is expensive, permissions are many and difficult to obtain, and even taking possession of legally purchased land often proves to be a minefield. Buildings take years to complete, prices fluctuate monthly, and builders are often stuck with unsold inventory that they eventually have to sell at a loss. Investments are huge, roadblocks are many, and the risks are frightening. And with slums occupying every inch of free space in our cities, giving compensation to the slum dwellers to vacate the land - that they were illegally occupying in the first place - adds untold amounts to the cost of every project. Also let us not gloss over the fact that hefty bribes have to be paid to various persons before construction even begins. Earlier they were small lump sum amounts, but now various officials demand bribes in terms of slabs, depending on location, class of property, and the rates are calculated per square foot. Then there are the payouts of ‘protection money’ to the underworld, with an ever-present threat to their lives if they do not pay up. Do buyers even consider any of these things when they complain that builders are ‘overcharging’ them?

If in this scenario builders are still able to provide houses for people to live in, with increasingly better facilities, at a reasonable cost, they are to be commended, not vilified. But appreciation is rare, it is not even recognised that along with its ancillary industries like cement, paint, iron and steel, and brick kilns, construction is one of the largest contributors to the economy, besides providing millions of people with jobs. At the same time, it provides millions more with homes to call their own, apart from the office buildings and factories that are the bedrock of modern living.

But as things stand today, most builders are having a tough time, with increasingly demanding buyers, ever tightening regulations, and even some court judgments going against them. Property buyers, on the other hand, are sitting pretty with their investments doubling and tripling in value every few years.

Do people realise that were it not for the builders, they could not have bought the flat they now live in, even if they had enough money to buy one, because no one would have built it in the first place? Also, without the hundreds of SRA projects, millions of people from the slums would not have a decent house to live in.

Should we not appreciate the great social contribution of builders, instead of looking upon them as villains in black -and-white terms? And the same is true for all businesses. Let us not begrudge the fact that businesses make profit. When they do, it is better for all of us.