By Guoli Chen and Jianggan Li 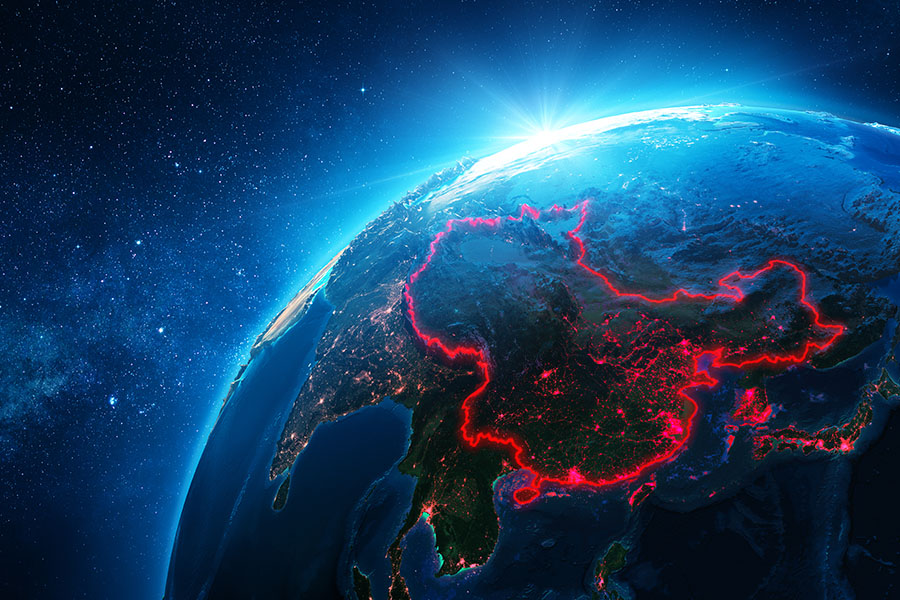 For China’s internet giants, success was forged in the breakneck changes that the country experienced in the space of a generation Image: Shutterstock

Behind the glittering numbers, however, dark clouds loom. The Chinese domestic market is slowing amid Beijing’s zero-Covid policy and frosty relations with the United States. The government’s crackdown on the tech sector may have eased, but tighter regulation appears here to stay. Despite the tough environment, Chinese internet firms have their sight set on going global. From e-commerce (Alibaba and Pinduoduo) to social media (ByteDance) and fashion retailing (Shein), Chinese players are planting stakes around the world and shaking up more established rivals in the process.

Fast fashion retailer Shein, for example, was valued at US$100 billion in a funding round in April, more than H&M and Zara combined. Founded only ten years ago, Shein now sells in 150 countries including the US, where it is the dominant fast fashion player.

How did China’s tech firms get to where they are today? What are their competitive advantages? What are their global ambitions and can they achieve them? What lessons can companies, entrepreneurs and executives draw? How should they respond? These are the questions various audiences and clients have asked us.

We answer these questions, and more, in our new book, Seeing the Unseen: Behind Chinese Tech Giants' Global Venturing. It combines insights from our research and expertise, as well as more than 300 hours of interviews with investors, entrepreneurs and executives with intimate knowledge of Chinese internet companies’ global ventures. In this article, and another one to be published in the weeks to come, we share snippets from the book that outline the key factors behind the phenomenon and the takeaways.

Alibaba’s rise has long been the stuff of legend. In just 15 years, the company went from a scruffy B2B online marketplace to launching the largest IPO in history at the time, claiming the scalps of Amazon and eBay in China along the way. You would have heard of Alibaba’s notorious “996” culture – working from 9am-9pm six days a week. Then there’s the tale of how founder Jack Ma persuaded Japanese investor Masayoshi Son to invest US$20 million in his then-unknown company by being “a little crazy”. But the success of one of the world’s largest companies and valuable brands, as well as that of its contemporaries, is much more complicated than that.

We are all shaped by the environment and circumstances we live in. For China’s internet giants, success was forged in the breakneck changes that the country experienced in the space of a generation. The razing of large swathes of Chinese cities in the early 2000s to make way for high-rise apartments and planned communities, the construction of transport and telecommunication networks and the penetration of mobile phones paved the way for e-commerce, food delivery, new retail and many other business models. A national market in which tech entrepreneurship could scale quickly was born.

But an even more profound change in society planted the seed of homogeneity that led to the rise of internet giants. The tumultuous initial years of the People’s Republic, notably the decade-long Cultural Revolution, swept away the traditional social hierarchy and powerful vested interests. In effect, the Chinese Communist Party cleared the slate for more than a billion people to speak the same language (standard mandarin), receive the same education (nine years compulsory schooling), and watch the same entertainment programmes.

China is now a gigantic, homogeneous market of astounding purchasing power. The government’s promotion of “mass innovation” and “mass entrepreneurship” as well as a hands-off approach to regulation (until the 2020 crackdown) provided further fillip to the emergence of Alibaba, Tencent and their contemporaries.

That’s not to say their success comes from simply being in the right place at the right time. For every business model in China, there are hundreds, even thousands of competitors. Success depends on having the right strategy and deft execution of said strategy.

Some entrepreneurs we spoke with called the Chinese Communist Party a great start-up success story. They were only half-joking: We know of many entrepreneurs who read the five-volume Selected Works of Mao Zedong, seeking to glean the art of warfare from a studious peasant’s son who led an impoverished army to triumph against more established and equipped enemies.

Ideology aside, Mao’s tactical brilliance, as it relates to entrepreneurship, lies in knowing when to engage in guerrilla or mobile warfare. Astute commanders deploy guerrilla tactics that make the most of their limited troops when they face an overwhelmingly strong enemy, and switch to mobile warfare – in which troops are constantly on the move and wipe out entire enemy units one by one – after gaining strength.

E-commerce upstart JollyChic and logistics firm J&T apparently imitated Mao’s taste for stealth. The companies quickly and stealthily became major players in Saudi Arabia and Indonesia in recent years, unsettling entrenched local incumbents, without giving much away. None of their senior executives had LinkedIn profiles or had even been interviewed by the media. Shein likewise snuck past more established rivals to take the American market without fanfare. The latest example is Pinduoduo, the upstart e-commerce player that quietly launched a US online shopping site earlier this month in its first major venture overseas.

Mao also knew his “market” well. Instead of copying the Russians’ strategy of rallying urban workers to protest and seize power, Mao’s communists set up bases in the Chinese countryside to build support and amass followers before launching swift and decisive attacks on cities.

Inspired by Mao’s grassroots strategy, Alibaba built its ecommerce empire from the bottom up, focusing on low-priced products and individual sellers in the customer-to-customer segment in its initial years. As it gained scale and efficiency, the company moved up the value chain to build the brand-focused Tmall. Other rivals have latched onto a similar strategy, including Pinduoduo and online services seller Meituan.

Chinese firms are, of course, notorious for copying. But what many foreigners did not (and perhaps do not) realise is that Chinese players ruthlessly copied products and business models not just from the West but also one another, and they did so with breathtaking intensity.

Case in point: When Groupon ventured into China in 2010 with its group buying business model, thousands of group buying websites including Manzuo, Lashou and Meituan sprouted in China almost overnight. The American firm’s first merchant partner defected on the eve of the launch of their collaboration, lured by Lashou’s better offer. Groupon’s European managers barely knew what hit them. By the end of 2011, Groupon’s China foray had fizzled out.

Similar stories of cut-throat competition played out across sectors and business models in the decade that followed, including ride hailing, O2O (online to offline), bike-sharing, live-streaming and cross-border e-commerce. Copying even extended to technologically sophisticated realms such as smartphone manufacturing, artificial intelligence, face and voice recognition, virtual reality and electric vehicles.

Mere imitation, however, is not enough for Chinese firms to survive and thrive; they also need to iterate relentlessly to meet customer needs. The result is incremental innovations that as a whole drive entire sectors to evolve rapidly. For example, smartphone manufacturers came up with a mobile phone with seven stereo speakers for construction workers and another one that could last a month without charging for travelling salespeople.

Another key success factor is Chinese firms’ extraordinary commitment to customer satisfaction. Former and current executives of Huawei told us how the telecommunications equipment maker and its rival ZTE one-upped foreign competitors.

“Huawei and ZTE recognised that their products were inferior [so] they decided to compensate for that disadvantage with better services and fast problem solving,” said a former executive. The chief technology officer of a large consumer internet company told us that whenever they experienced network problems, Huawei’s service engineers would rush onsite without any fuss even though Huawei equipment might not be responsible for the glitch.

In exploring the context and broad strategies of the rise of Chinese internet firms we are faced with even more questions. How do these companies decide what product to offer in overseas markets and when and how to enter? What resources and managerial attention will the firms need to invest in new territories? How will they recruit strong lieutenants to operate and tackle the challenges of global expansion?

Guoli Chen is a Professor of Strategy at INSEAD. His research focuses on the influence of CEOs, top executives, and boards of directors on firms' strategic choices and organisational outcomes, as well as the interaction and dynamics in the top management team and CEO-board relationships.

Jianggan Li is the founder and CEO of Momentum Works, a Singapore-headquartered venture outfit with a global emerging market focus. Before launching Momentum Works in 2016, Jianggan built and scaled internet and technology companies across South-east Asia at Rocket Internet. He holds an MBA from INSEAD and a degree in computer engineering from Nanyang Technological University.