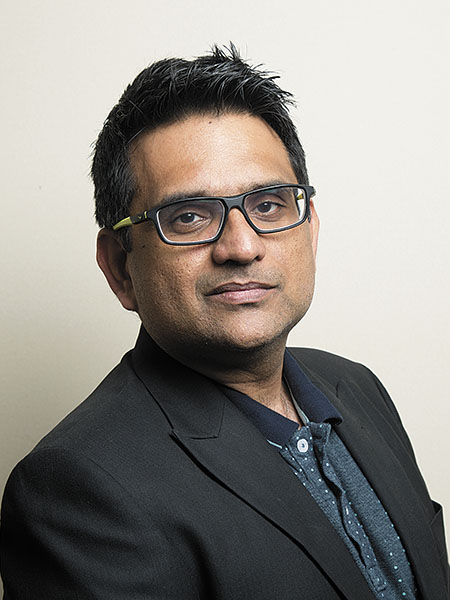 R Sivakumar says that despite the huge supply of long-term bonds, demand for them will be tepid
Image: Joshua Navalkar


R Sivakumar, head of fixed income at Axis Mutual Fund, feels that India is walking a tightrope as far as its sovereign ratings are concerned. Last November, global ratings agency Standard & Poor’s refused to upgrade India’s credit rating of BBB-, their lowest investment grade rating. Moody’s and Fitch also rate the country at a notch above junk. If India’s sovereign rating is downgraded, then foreign investors are bound to exit.

Sivakumar, 41, who manages around Rs 38,000 crore in debt assets, says there are some interesting ideas in fixed-income assets for 2017 though the good run in long-term bonds is coming to an end. Edited excerpts from an interview with Forbes India:

Q. How is the investment scene in fixed-income assets this year?
We have had a very good run in long-term bonds in the recent past. Now the action will shift towards the mid- and short-term bonds this year. The supply of long-term bonds, or 10-year government securities (G-secs), is going to be huge. But I don’t think the demand is that strong. In January, the first auction of this year for long-dated G-secs was partially unsold, showing subdued demand.

In the last few years, 10-year securities have fared better than equities, but this year that may not be the case. In May 2014, at its peak, 10-year G-secs had yields of close to 9 percent, which has now fallen to 6.5 percent. So as bond yields fell, investors made money. [Bond prices and yields are inversely related. When yields fall, investors can sell their bonds in the secondary market at higher prices.] This fall in yields is not going to continue, but you will still have good returns from short-term debt.

Q. Why do you say good returns will come from short-term debt?
In India, money will be made on short-term bonds because they are not dependent on macroeconomic factors, such as the value of the rupee against the dollar, inflation, or fiscal deficit. For short-term bonds, two major factors are important: The repo rate [the rate at which commercial banks borrow from the Reserve Bank of India], and liquidity. As long as the RBI is poised to cut rates and there is adequate liquidity in the system, this segment looks attractive.

Q. How will demonetisation affect fixed-income assets?
Banks, since they have received a windfall of deposits, are going to be sufficiently funded for the next three years. With one or two RBI rate cuts in the offing, and with easy liquidity, the short-term segment looks very attractive. In the US, investors are talking about yields on 10-year bonds going up to 3 percent [from the current 2.5 percent], and already the spread [difference in yields] between Indian and US bonds is at six-year lows.

There has been little consolidation of fiscal deficit after 2012

Fiscal deficits were generally between 8 to 10 percent of GDP throughout the 1990s. In 2003-08 there was a taming of this deficit. Post 2008, there was an expansion in the government deficit. Initially, this was led by the Centre, but recently even as the Central deficit fell, state deficits have widened to keep the general deficit at nearly the same level as in 2011. States are now more aligned for market borrowings to clean deficit finance.

The period of 2003-08 teaches us that if growth returns, the fiscal position improves, since tax revenues pick up. Higher revenue can be used to keep inflationary pressures at bay. On the other hand, if the recovery is delayed and fiscal targets are relaxed, we may face low growth with inflation. India has received substantial foreign portfolio investments, some of which could be at risk if sovereign ratings are downgraded.

They have pointed to India’s low per capita income, and the government’s weak fiscal position as major impediments to higher ratings. India has the highest fiscal deficit among peer BBB or Baa rated countries.

The strongest indicators for India are its high growth and low external debt, which is why India is rated investment grade even at low levels of [per capita] income. A per capita GDP [nominal or adjusted for purchasing power] of around $1,500 is low relative to peers; the per capita GDP for similar developing countries is $9,942. But our GDP [not per capita] growth is around 7 percent, while for similar countries it’s around 3 percent.

The indicators of fiscal performance are clearly out of line with similarly rated peers. General indebtedness is similarly weak in the peer group, and compares unfavourably even with lower-rated emerging markets. As a result of the high debt, interest costs eat up a high portion of government revenue. India’s interest burden is by far the worst in its peer group.

The weak fiscal position is clearly a constraint to the ratings, and counters the strengths in GDP growth and low external indebtedness. This poses a real risk of a ratings downgrade to below investment grade. So we are walking a tightrope.

Q. What are the investment options for 2017?
Short-term debt is the best bet. Dynamic bond funds that invest in both long- and short-maturity bonds will now look at short-term debt seriously. But you can also look at credit. In the last few years, we have seen a broad improvement in corporate results. Growth was returning and there was an improvement in margins after commodity prices went down. Many companies were using this higher profitability to repay debt. On the whole, the financial structure for many companies was looking better. Post demonetisation, we have to wait and see if there is going to be an impact.

But on a structural basis, if growth continues then the non-AAA segment will look attractive. The spread [between A-rated and AAA-rated bonds] has climbed over the last two years. If the underlying performance gets better, and valuations are in favour, then this segment will become attractive. The spread, as of now, is around 150 basis points. Amtek Auto and JSPL were a shock [both companies defaulted on their interest repayments to bonds holders in 2015 and 2016 respectively] and we saw a re-pricing of credit risk, which has remained elevated since, even though corporate performance has improved. Going forward, I see an opportunity in corporate debt.

Q. What impact will Budget 2017 have on the debt market?
The fiscal deficit is targeted at 3.2 percent for 2017-18; and at 3 percent for the next two years. The finance minister spoke about reducing the debt-to-GDP ratio to 60 percent over the medium term. With this the government has made it easier for the RBI to look at further rate cuts.

For the bond markets, the Budget was a non-event as documents showed the government’s gross borrowing from the market would be the expected Rs 5.8 lakh crore.

One takeaway was the announcement on the buy-back of around Rs 75,000 crore of securities. Usually such buy-backs are in short-term debt maturing over the next 2 to 3 years, and is therefore a positive for the short end of the curve.