Was The TRIP Worthwhile?

In 1994, India signed the Trips agreement mandated by the World Trade Organisation (WTO). The agreement, which came into effect on January 1, 1995, is the most important multilateral agreement on intellectual property (IP). By enforcing a minimum standard of IP rights internationally, Trips encourages trade and technology transfer between countries.

Why IP Protection?
IP rights are exclusive rights given to the creator of an innovation for a fixed tenure. While IP rights take many forms, the most important right pertains to patents granted for inventions. Many products require substantial R&D investments to be conceived, for example, pharmaceutical companies invest millions to discover the native molecule of a drug. These companies hope that the returns from the launched product will compensate the upfront cost. Patents help to protect returns by legally discouraging imitation of products. This protection, in turn, promotes R&D. It is on this belief that several countries have strengthened Intellectual Property Regimes (IPRs). 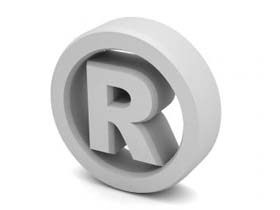 As with most policies, granting patents comes at a cost. Patents provide an immunity that discourages competition. This immunity causes a price increase during the patent term which, in turn, restricts access to the product itself.

The benefits of Trips, for countries such as India, have been debated extensively. While advocates of this policy point out that immunity stimulates innovation (pro-innovation effect), skeptics argue that less competition (due to stronger IPR) may have long-term consequences which will retard innovation (anti-competitive effect). Another concern is that, a stronger IPR will result in huge transfer of royalties and license fees to foreign companies that own state of the art technology.

The Transition
Although the Trips treaty was signed in 1994, India took about ten years to establish a patent law that was in line with the WTO mandate. The new patent law was officially enforced on January 1, 2005, but retrospective from 2004.

This new law is similar in spirit to the liberal protection that the British Patent and Design Act of 1911 granted to patent holders. After attaining independence from British rule, India opted to continue with the British Act until 1972. The British law permitted patenting both processes and products for 14 years. India adopted a different patent law in 1972 to facilitate acquisition of indigenous industrial capability. Under this law, the life of a patent was limited to between five to seven years and only patenting of processes was permitted. This new law was mainly geared towards the pharmaceutical sector and it significantly weakened the Intellectual Property Regime (IPR). By signing Trips in 1994, India committed to reforming the 1972 law.

When the Indian parliament passed the new patent law in 2005, it not only brought back product patents, but also granted all patents a term of 20 years. Moreover, the new law paved way for the formation of the Intellectual Property Appellate Board, a specialised judiciary to hear IP cases.

Law vs. Enforcement
This transition has been chaotic. Patent litigations have increased three-fold since 1995, and many of these have been highly controversial and long-drawn affairs. Interestingly, it appears that the courts are also grappling with how to balance the pro-innovation and anti-competitive effects of IPR. The court battle of Cipla and Roche is one such instance.

In early 2009, the Delhi High Court rejected a temporary injunction against Cipla for manufacturing a copy-cat version of the drug Erlotinib, manufactured by Roche, to treat lung cancer. Roche claimed that rejection of its plea would be against public interest and hurt R&D. Cipla argued that granting an injunction would deprive the needy of an important drug. Although the main reason for rejecting Roche's plea was its inability to prove that Erlotinib was substantially more efficacious, the judgment received a lot of publicity due to certain observations by Justice Bhatt, who decided this case. Noting that Roche's original drug was at least three times more expensive than the copy-cat version and was not manufactured in India he opined:
"... I come to the interesting and novel point as to whether the court ought ever, and in particular, in this case to exercise its discretion to grant an injunction the effect of which will be, temporarily at any rate, to deprive members of the public of the benefit of a ‘life saving drug which may be prescribed’... If the evidence shows it to be the fact there may and well be cases where it would make little, if any, difference to the public, apart from satisfying personal preference, whether a particular drug was no longer available or not, then in such a case it may well be proper to grant an injunction. At the other end of the scale, however, there is the unique life-saving drug where, in my judgment, it is at least very doubtful if the court in its discretion ever ought to grant an injunction…”

Roche vs. Cipla is just one instance of how IPR’s enforcement has been at odds with the actual intent behind the law. My research suggests that the Indian judiciary has not been as liberal in upholding IP rights. Since 2005, the (average) chances of winning IP litigation have declined to17%, from about 50% before Trips. Consequences
So, what are the consequences of Trips? My research agenda is to understand the influence of Trips in India. I want to highlight the changes in R&D strategies by multinational and understand how Trips has changed the competition and the market for technology. Finally, my research will also focus on how incentives for Indian firms to conduct R&D have changed post Trips.

So far, the conclusion from my ongoing research is that despite enforcement hurdles, the outcomes have mostly been beneficial.

Innovation Effect Post Trips
The amount of R&D activity in India has increased since Trips. Stronger IPR has spurred Indian companies to invest in R&D and encouraged multinational corporations to outsource more R&D work to India.

(a) Effects of R&D on Indian companies and universities: If number of patents filed is an index of R&D activity and trademarks are an index of products and services introduced every year, my research suggests that innovation pursued by Indian companies has increased since 1995 and even more since 2005. Moreover, it appears that many of these innovations are making their way to consumers as products or services.

The average number of patent applications filed per year with the Indian Patent Office (IPO) by Indian residents grew by about 10% since 1995, and by about 12% from 2005 onwards. Since 1995, the number of trademark applications filed has increased by 10% per year. From 2005 onwards, this has increased to 17% per year. Although, there could be other factors driving these trends, but the fact that this trend has also been documented by scholars from the West suggests that Trips might have actually increased R&D investments by Indian firms. Dutta and Sharma point out that especially in innovation intensive industries, R&D spending  has increased  by an average of 10% after Trips.

(b) Effects of R&D off-shoring: R&D activity by multinationals has surged since Trips. The yearly growth in the number of Indian patents filed by non residents has grown by 19% from 2005. The fact that the yearly growth of Indian trademarks was only 3% suggests that not all of it was driven by the growing market opportunity that India provided during the same period. Moreover, the number of  patents co-produced in India but filed in the U.S., has increased four-fold between 1995 and 2004 and by an impressive six-fold since 2005. In fact, the number of Indian patents waiting to be granted by the U.S. Patent Office is close to 15,000. To the extent to which this knowledge spills over to the Indian companies, this surge in multinational R&D will also influence Indian companies to innovate.

Anti-competitive Effect
My ongoing research on how Trips has changed competition in the Indian pharmaceutical industry does not provide any evidence of muted competition after Trips. To see the anti-competitive effect, the rate at which new products are introduced should be lower after Trips. Moreover, the rate at which Indian firms introduce new products should have decreased while that of multinationals should have increased after Trips. Contrary to predictions, based on analysis of about 170 pharmaceutical markets, the average rate of entry has increased by about 28% since 2004. Furthermore, the rate of entry by Indian firms is also far higher than that of foreign firms. Indian policymakers will be reassured that while the rate of entry of foreign companies was only up by 18%, the rate of entry of Indian companies was up by about 41%.  The difference was mainly due to the growth of markets in which technology can be traded, which was muted prior to Trips. Presence of stronger markets for technology implies that they can buy technology from another entity rather than creating it by themselves. Also, the doubling of the number of pharma-related licensing transactions since Trips points to the presence of more competitive markets for technology. It is nonetheless interesting that R&D investments of Indian firms have increased despite the growth in markets for technology. My ongoing research currently is examining whether Trips had a differential effect on certain sectors.

Conclusion
The Indian policymakers seem unsure about how they should react to IPR. According to my analysis, the IPR must be strengthened. Laws to protect other types of IP, such as trade secrets, should be passed. It might also help if the enforcers followed the spirit of the law.

Given our renewed focus on innovation, strengthening IPR might provide a cheaper policy alternative to stimulating innovation – the slew of direct incentives that the government has been attempting to provide such as setting up a government owned VC fund might be costly and may not have that large an impact.

So was the Trip worthwhile? The answer, I think, is yes!