What do non-compete agreements cost CEOs?

One of the important effects of non-competes is that this potential for harm is alleviated, which can make firms more willing to fire non-performing CEOs 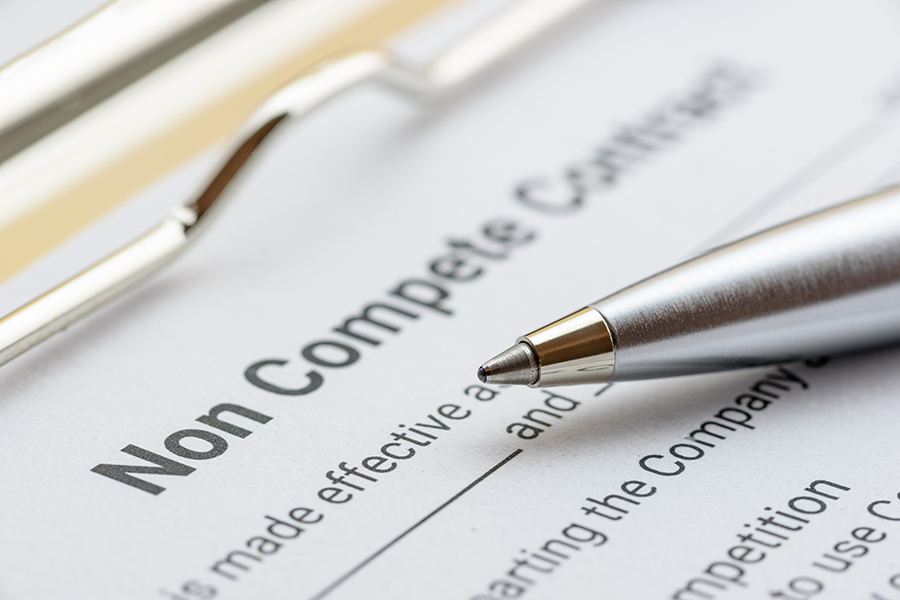 ISBInsight: What real life observation inspired you to undertake this research?
Omesh Kini: I would say there wasn’t a single, all-important motivation for undertaking this research. A few real-life observations got us thinking about non-competes. One of my co-authors, Ryan Williams and I were working on another paper related to CEO stock-based incentives and CEO turnover. We observed in our data that CEOs tend to switch industries after leaving their current employment. At that time, we speculated that this can be due either to CEOs typically being generalists or due to some contractual obligations that force CEOs to seek employment outside of their previous employer’s industry.

In addition, Ryan teaches valuation courses in which he regularly invites industry practitioners to speak to students. In one of these sessions, he found out that corporate lawyers are very interested in trying to place a value on the cost of a non-compete agreement for a CEO. That got us thinking that if CEOs agreed to sign non-compete agreements, they will demand higher compensation and/or severance payment as compensation for restrictions on their job mobility.

Finally, some time back, my son got an entry-level finance job and he was given a non-compete agreement to sign while completing his employment paper. So, it dawned on us that CEOs are very different because they have relatively more bargaining power than rank-and-file employees and can negotiate with the employing firm about signing a non-compete agreement as a condition for employment.

Q. What is different about non-competes for CEOs?
You would agree that CEOs are very different from other employees. To start with, they come in with a lot more bargaining power. Then there is the obvious fact that they have greater access to information on trade secrets, market insights, strategy, relationships with customers and suppliers and many other aspects that can hinder the interests of the firm if they join a competitor.

Apart from this, research by financial economists going back as many as 30-40 years has only been able to establish a weak link between the firing of a CEO and firm performance. One of the important insights from our research is that even firing poorly performing CEOs may prove detrimental to focal firms if they were to join forces with competitors in some capacity. One of the important effects of non-competes is that this potential for harm is alleviated, which can make firms more willing to fire non-performing CEOs.

Q. Given the restrictions placed by non-competes on the CEO, what impact does your research show on compensation?
CEOs will naturally agree to a non-compete only if some form of compensation makes up for the costs they incur from reduced job mobility. So, a higher compensation level is one of the outcomes of a non-compete. Given that we find that the sensitivity of CEO turnover to performance goes up in the presence of a non-compete agreement, the CEO’s job risk also goes up. Thus, CEOs with non-competes suffer from both higher job risk and lower mobility. This leads to changes in CEO behaviour, making them more averse to the risk of being fired. That, in turn, can lead to decisions that are not in the best interest of shareholders. We find that firms recognise these incentives and change the CEO’s compensation structure. They tilt it towards more equity-based pay in a way that not only aligns the CEO’s interests with shareholders but also increases risk-taking incentives.

Q. So, should all firms set up non-competes for CEOs?
It is not clear that there are advantages in all cases all the time. Having a non-compete is an outcome of bargaining between the CEO and the firm after considering all their benefits and costs. In short, there is no universal principle that non-competes are good for all firms.

For example, in circumstances where the CEOs are not in any position to harm the interests of the firm by joining a competitor, it does not make sense for the firm to insist that the CEO sign a non-compete. Or, the CEOs will not care if they sign a non-compete or not if doing so has little effect on their alternative job options. We find evidence consistent with the notion that CEOs are less likely to have non-competes if they face greater employment risk and more likely to have non-competes if the firm’s losses are likely to be greater if they join competitors.

More generally, in terms of corporate governance best practices, we need to understand that a ‘one shoe fits all’ solution or a forced mandate is likely to be sub-optimal. A real-life example is mandating a minimum proportion/number of independent directors on the board. This may be useful in some industries but may actually be detrimental in others, such as knowledge-based sectors, where there is greater need for the board to have access to the technical knowledge possessed by insiders.

Q. How can firms as well as CEOs use your research findings?
From the perspective of the CEO, if you are looking for a new job and the firm is asking you for a non-compete, you need to ask: ‘What is my bargaining power?’ If you are made to sign a non-compete, ask to be compensated for it. Remember that your job mobility is going to shrink and your risk of being fired is going to increase. Bargaining for a severance package may also make sense.

For the firm, the reverse holds true. Firms ought to be ready to pay more if they want to have the CEO sign a non-compete. Additionally, the compensation structure will also need to be changed to align CEO incentives with firm and shareholder interests.

About the Interviewer:
Ujval Nanavati is a Chartered Accountant, Chartered Financial Analyst and an alumnus of the Post-graduate Programme in Management at the Indian School of Business, Hyderabad. He works as an independent writer and research analyst.