To keep companies innovating through the current recession, they will need greater access to credit. 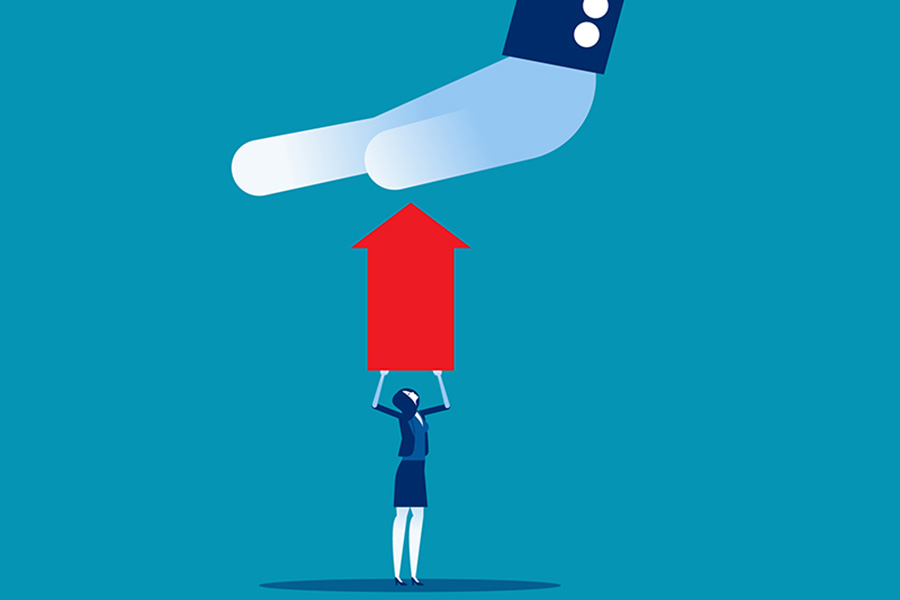 Companies tend to introduce fewer new products during a recession, and for good reason.

With people spending less money, it makes sense that companies might decide it’s not worth the investment to innovate. And if flagging sales have forced companies to lay off workers, they also may lack the staff to carry out such projects.

But there is also the important issue of credit, which tends to tighten during a recession. Could a large portion of the drop in innovation come from this reduced access to credit?

Understanding the effect of each possible factor is important, says Sara Moreira, an assistant professor of strategy at Kellogg, as it helps policymakers target their legislation. For example, if the credit crunch is a driving force, lawmakers could help vulnerable companies get loans.

To investigate, Moreira and João Granja of the University of Chicago examined store transactions in the United States during the Great Recession of 2007–09. They found that the credit crunch didn’t have much of an effect on the release of new products that were only slightly different than the companies’ original goods. But tightened access to credit was linked to a substantial drop in the creation of more innovative products. And younger companies were particularly affected.

Moreira expects to see innovation decline during the current recession caused by the COVID-19 pandemic as well.

The U.S. government launched a massive program to help small businesses improve liquidity, which could partly counteract this trend. But she points out that, in this recession, companies are struggling just to meet basic financial obligations. Even if firms have access to credit, “investment in future product introduction may be the least of their concerns right now,” she says. “It’s still not on their priority list to inject that money into new projects.”

Innovation and Economic Growth
The researchers wanted to understand how firms decide to create new products because “innovation is so important for economic growth,” Moreira says.

Product innovation has a couple of benefits. First, if a company thrives, so will its employees.

Second, innovative new products can improve the lives of customers, too. For example, customers with celiac disease or gluten sensitivity have benefited from the recent proliferation of gluten-free foods. And new products introduce more competition, driving down overall prices in that product category.

Disentangling the factors that influence innovation is tricky. When a recession hits, the shock to the economy clearly brings many product-development projects to a halt. But previous research has provided few insights into exactly why this happens.

Incremental or Radical Change?
To find out how much of the decline in innovation was due to lack of credit, Moreira and Granja analyzed more than 100 billion records of weekly sales of individual products at stores in the United States from 2006 to 2015. The data set included purchases at grocery stores, drugstores, and big-box general merchandise stores, covering goods such as food, drinks, cleaning products, small electronic appliances, and over-the-counter medications.

Each item had a unique barcode, so the team could determine when companies released new products. If the product was in the same category as one of the firm’s previous products, the researchers categorized the innovation as “incremental” to the firm’s product line. For example, a company that sold pain medication might offer a fast-acting version of the same drug. Products that appeared in a new category were “radical”—for instance, if the pain-medication firm started selling medicine to aid digestion.

First, they assessed how much credit had tightened in the county where the firm was located, knowing that small businesses tend to borrow from local lenders. In the second approach, they identified firms that had a large fraction of their debt due during the early stages of the recession. In normal times, the companies probably could have renegotiated that debt with favorable terms to postpone the payment deadline. But during the recession, such negotiations were likely to result in higher interest rates, putting firms in a tighter financial bind.

Squeezed by the Credit Crunch
As expected, product innovation dropped dramatically. From 2007 to 2010, the overall rate at which new items entered the market decreased by 28 percent.

Firms with less access to credit fared worse. The researchers sorted companies into four groups based on the severity of the credit crunch in their county. In the most affected group, the rate of introducing new products dropped by 33 percent.

When Moreira and Granja looked more carefully at incremental versus radical innovations across all firms, they found distinct trends.

The credit crunch didn’t significantly affect the rate of introduction of new products in the existing product lines of firms. But firms’ decisions to expand the scope of their product portfolios to new product lines did appear to take a hit.

A one-standard-deviation increase in credit-market restrictions explained about 15 to 40 percent of the drop in products in new categories. That’s a “sizable share,” Moreira says. The result makes sense, given that introducing a very different item could require more investment, such as new machinery.

And some companies were more vulnerable than others. Credit-market disruptions were linked to bigger cuts in product innovation at younger firms. The researchers saw a similar pattern at companies in sectors that relied heavily on external sources of financing, such as businesses that produce durable goods.

The researchers also evaluated the new products’ novelty—that is, how many of their features were new, or in new combinations, in that product category. First, they looked at overall novelty trends across all firms. From 2007 to 2010, the rate of new products having new traits dropped by about 5 percent.

Then the team examined the specific effects of credit-market disruptions on the introduction of new features. They found that when credit-constrained firms released new products during the recession, those items tended to be less novel than those created by the same company during other times. “[O]ur results could indicate that consumers are missing out on valuable characteristics and that they may be worse off,” Moreira and Granja write.

Lingering Effects
But how did the credit crunch affect new products’ performance? Were the effects temporary, or did items introduced during the recession fare worse even after the downturn ended?

On one hand, credit-constrained firms had less money to invest in activities such as advertising. On the other hand, since companies were cash-strapped, perhaps they funneled any funds they did have into their best products. In that scenario, “the firm will only invest in the projects that are likely to be very successful,” Moreira says.

But if the second scenario was correct, one would expect products launched by those companies during the recession to sell fairly well overall. That’s not what happened: Sales were lackluster even after the recession ended. A one-standard-deviation increase in credit constraints was linked with a 20 percent drop in the first four years of sales in a new product category, the team estimates.

“The impacts of the shock are not temporary,” Moreira says.

Part of the reason was likely lack of funds for advertising. But other factors may have been at play as well. For instance, customers tend to be attracted to the newest items, or people might not bother trying that item simply because they hadn’t formed the habit of buying it in the past.

Uncertain Times
So what does all of this mean for the current recession?

This downturn is different from the Great Recession in nature, Moreira notes. This time, with companies scrambling to simply survive, product innovation may be relatively low priority. “Think about all the firms that currently don’t even have enough cash flow to pay employees,” she says.

It’s possible that some firms may tweak their products in response to customers’ concerns about the pandemic. For example, people might want longer-lasting perishable foods or packaging materials on which the virus is less likely to survive, perhaps making innovation in these areas a worthwhile investment.

But with uncertainty much higher than it was during the previous recession, it is hard for companies to predict sales and decide whether investing in a new product makes sense.

Many firms “probably have all of their product development divisions shut down completely,” she says. “They are in standby, and they will be, I think, for a long time.”

Tweets by @forbes_india
In the Crosswinds
Agents of Change: Ankesh Arora