While regional airlines like Air Deccan and Air Odisha have lost their licence to fly, budget carrier IndiGo is in the eye of a storm for charging for seats 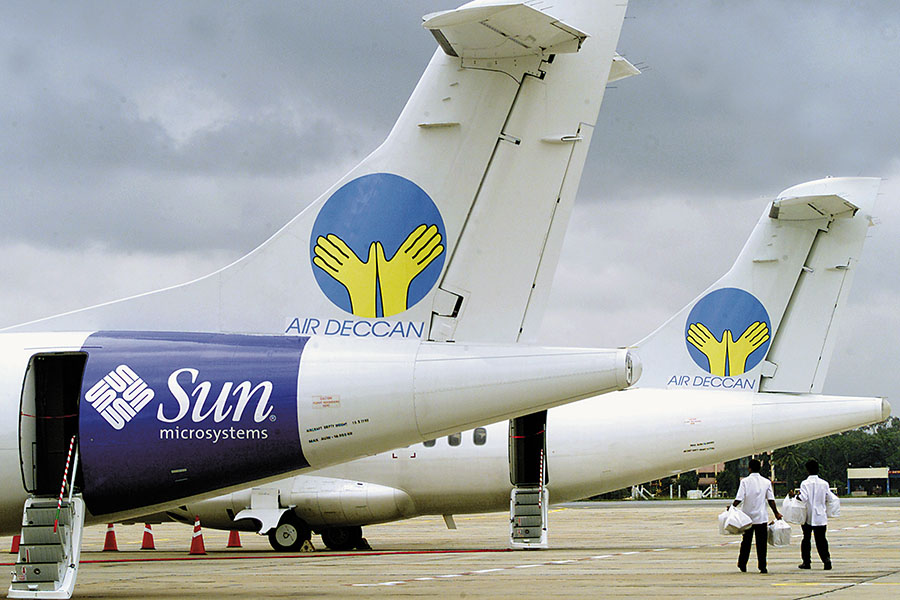 Regional Turbulence
Critics of the government’s regional connectivity scheme or Udan are having the last laugh. Their scepticism over its viability, especially for regional airlines, does not seem to be misplaced. 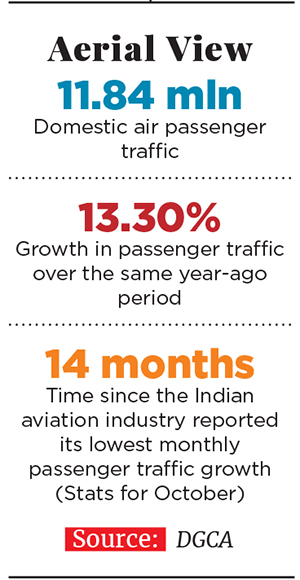 According to the Directorate General of Civil Aviation (DGCA), two regional airlines, Air Deccan and Air Odisha, reported zero passenger traffic in October. In the July to September quarter, their numbers were 3,000 and 1,000, respectively.

“The Airports Authority of India (AAI) has cancelled the agreements with Air Odisha due to its poor performance. From November 20, it will not be permitted to operate from seven airports,” SK Chauhan, airport director, Veer Surendra Sai airport in Jharsuguda, told the Indo-Asian News Service. “It has failed to operate the minimum 70 percent of scheduled flights from these airports within three months.”


Seating Trouble
Indigo’s reply to a customer query at 9.12 pm on November 24 created an unexpected flutter on social media. “As per our revised policy, all seats will be charged for web check-in,” the airline tweeted, leaving netizens fuming. Earlier, the airline charged only for seats in the front section of the aircraft. IndiGo is among the world’s largest budget airlines or low-cost carriers (LCC)—airlines which charge passengers for almost anything and everything, including water. In India, though, as per regulations, budget carriers aren’t allowed to charge for water and checked-in baggage. Also, there are regulations on what fees budget airlines can levy. 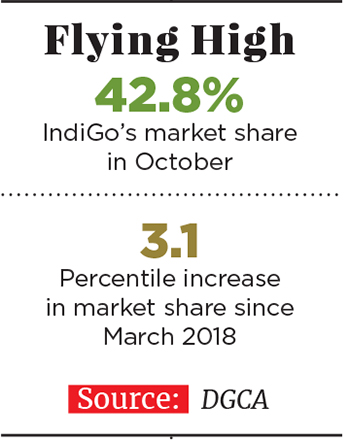 IndiGo’s response, therefore, created a furore. “An airline has every right to charge for extras. Indians pay the lowest fares in the world. LCCs [in India] are forced to give free checked-in baggage and water. Folks just expect things for free. No wonder this extremely regulated industry is in the red. Don’t like it, fly a FSC (full-service airline),” Vinamra Longani, a former cabin manager at Virgin Atlantic, tweeted in response to the outrage.

Later, IndiGo clarified that as part of its web check-in procedure, “there would be some seats that may be available for free depending on the market dynamics for the flight”. This means, some seats are available at no cost “at a certain time period before departure, example one day before departure or on certain aircraft type, example, ATR-operated flights”.

Tweets by @forbes_india
Oil's still not well
We have moved from products to outcomes: GE Digital CEO