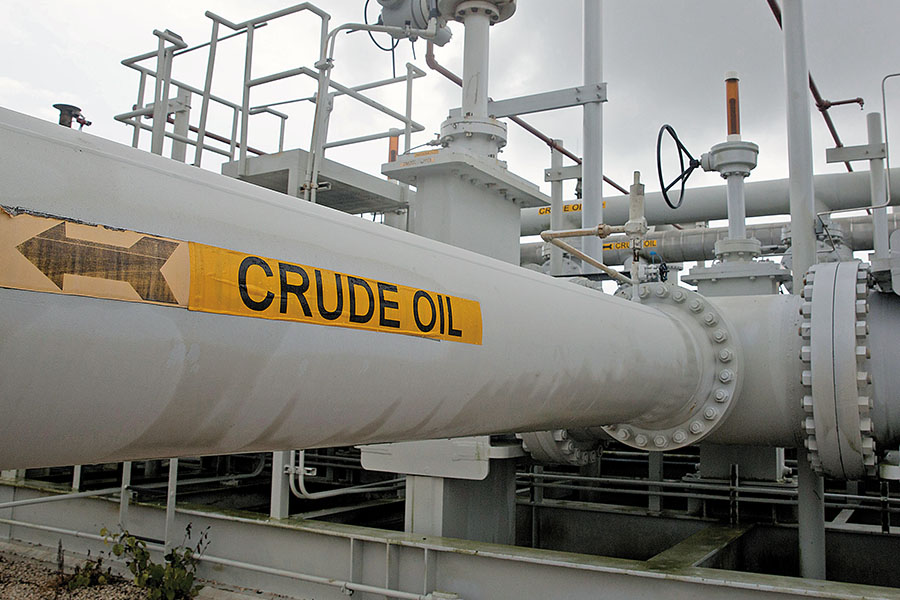 Those hoping that a sharp fall in oil prices would result in a swift and sharp pullback in India’s equity markets have been disappointed. For now, with the Nifty having made up only half its fall, the market is adopting a wait-and-watch attitude. In doing so, it also paints a nuanced link between oil prices and the Indian indices. 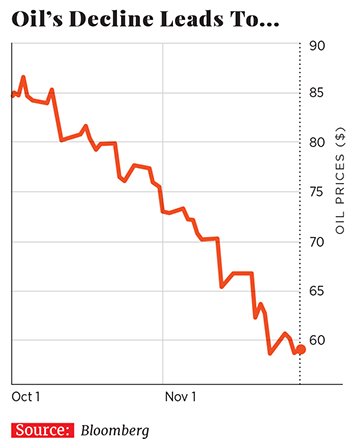 FII flows turned positive in November for the first time after April.

Nilesh Shah, managing director of Kotak Mahindra Asset Management, points to four oil price scenarios and their differing impact on the market. First, when oil prices are moving up due to global growth accelerating, there is usually no impact on the market. For example, the period leading up to the 2008 global financial crisis.

It was the fourth scenario that India fit into (see charts). When oil prices started rising in mid-September, the Nifty traded at a price earnings ratio of 28. This was also the level it peaked at in January 2008 before the onset of the financial crisis later that year. Not surprisingly, it corrected 14 percent over the next 45 days as the market began to price in oil at $100 a barrel.

The recent fall to below $60 a barrel on account of the postponement of the Iran sanctions as well as Saudi Arabia pumping more has caught the market by surprise. “One reason why there has been a slow rerating of the markets has been because it remains to be seen if the fall will sustain,” says Shah. 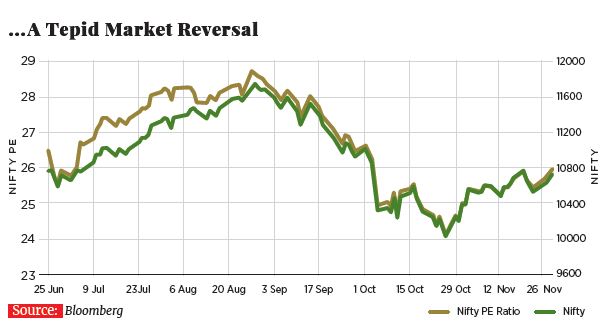 Drill deeper and it will emerge that the fall in oil prices has been beneficial to the likes of paint, consumer and tyre makers. Information technology, metals and pharmaceuticals will in all likelihood see their earnings estimates cut primarily on account of a stronger rupee. “Fifty percent of Nifty income is based on commodity prices going up,” says Abhimanyu Sofat, head of research at IIFL, a brokerage. Every $1 fall in oil prices saves $800 million for India’s current account deficit. The money saved could result in increasing government and consumer spending, kicking off a virtuous cycle for the markets again. But that would take time.

Tweets by @forbes_india
Harshavardhan Neotia: The restaurateur who eats at home
Aviation blues