For Hermès, time is a friend, we like to play with it: Laurent Dordet 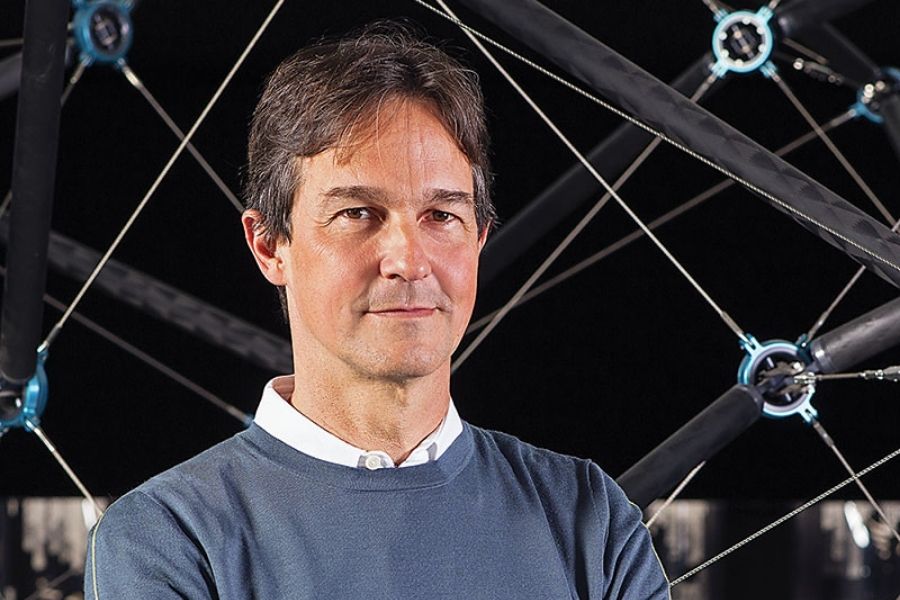 Image: Johann Sauty /Hermès
In the year of the pandemic, luxury brand Hermès reported a consolidated revenue of €6,389 million, a decrease limited to about 6 percent at constant exchange rates. About 3 percent of the turnover comes from Hermès’s watchmaking division, set up in 1978 in Bienne (Brugg) at the heart of the Swiss watch industry, and which in recent years has increasingly been involved in developing and producing its own movements, combining them with the unique aesthetic of Hermès.
On the sidelines of Watches and Wonders 2021 held in Geneva, Laurent Dordet, who has been with Hermès for over 25 years and who took over as CEO of Hermès Horloger in 2015, speaks to Forbes India about the brand’s new launches and older iconic watches, the relevance of watches in the digital age and the playfulness Hermès brings to the telling of time. Edited excerpts from an interview:
Q. How big a component are watches in the Hermès universe and where do they fit in in the bigger watch universe?
In terms of figures, watches are about 3 percent of the sales. Thirty years ago it used to be close to 10 percent; the figure has reduced not because watches reduced but because leather, specially, boomed. So 3 percent is not big, but it’s 3 percent of a big turnover.
The watchmaking industry is about pure players—pure players since centuries or since 20 years, like Richard Mille for example. In the more extended brands that have succeeded in true and authentic Swiss watches, it’s about Hermès, Chanel and Bulgari. Our segment is quite limited, and we play a role to make this segment bigger. 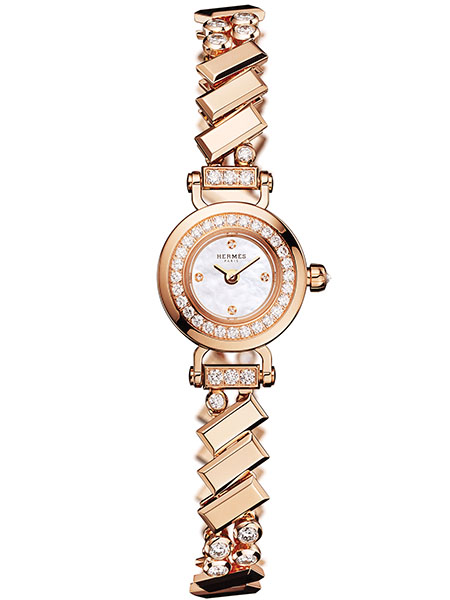 Faubourg Polka Gemset. Courtesy Hermès
When we entered this business 43 years ago, we had everything to prove in terms of know-how and we have managed to do so and learnt a lot too. But in terms of creativity, we are super different from the pure player brands. You can like or dislike what we do, but we are definitely bringing a fresh air and a fantasy wind into this industry.
Q. What are some of the new launches this year?
The new launch for men is a new line, a line with a sporting spirit. I say sporting spirit rather than a sports line, because a sports line is associated with performance etc.
We have two main lines in the men’s range today—the Arceau and Slim. H08 is the third line. Again, the purpose is to be very functional—the watch should be your companion for all day, including sports. It must be light, robust and comfortable, and forgotten once you have it on your wrist. That’s why we used combinations of materials, bringing lightness and robustness.
The shape is not a square or a circle, it’s something in between and the shape of the bezel gave the shape of the typography, of the 0 and the 8 especially, and that’s where the name H08 comes from. Also considering 0 is nothing and 8 is a part of infinity, it’s a watch between nothing and everything, and we found this code was funny and kind of a tribute to the typography.
The second is an extension of the Faubourg line for ladies, a jewellery line launched seven years ago with a diameter of 15.5 mm. It’s one of our thinnest watches and we wanted to reinterpret it with a new bracelet more inspired by jewellery. It’s called the Fauborg Polka because it has a polka dot motif included in the different elements of the strap.
Q. What would you say are some of the iconic lines?
For men, two complications have marked the industry over the last few years… the first was the Arceau Le Temps Suspendu—time suspended, 10 years ago, and two years ago the Arceau L’Heure De La Lune—hour of the moon. For women, our iconic watches would be the Cape Cod and Nantucket, two separate lines though the Nantucket is inspired from the Cape Cod. 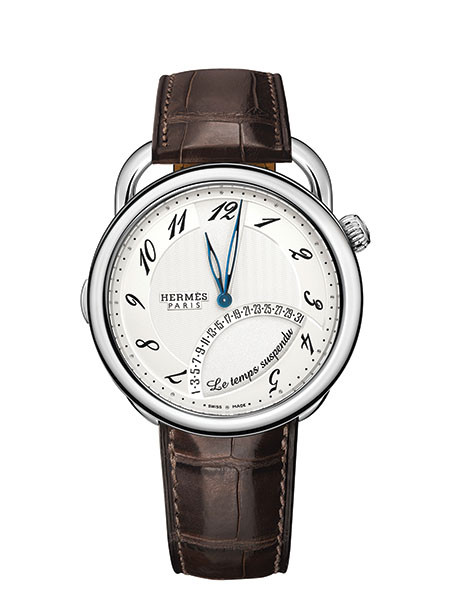 Hermes Arceau Temps Suspendu
We also have a logo line, the Heure H. We were one of the first to play with our first letter and create a real watch out of it. So the Heure H is still very successful, Cape Cod is booming, and the latest creations, the Fauborg Polka or the Galop, which we launched two years ago, are very promising lines.
Q. What is the relevance of watches in the age of smartphones?
They are complementary and opposite because one is only about functionality, not at all about emotion and not at all about style. And the other is the opposite, just about emotion, style and craftsmanship. You don’t buy a watch today to get the time, you buy a watch today because it’s a fantastic object of technique, a style, a jewel that reminds you of lots of things. So I’m not worried at all.
Q. How does going digital work with luxury, especially when we have had a year when everything had to go online?
The year 2020 has been an accelerator of trends, and everything is changing. Our stores changed too, contacting customers and showing them new products. We invested a lot into our digital ecommerce, and it’s paying off. We had tremendous growth last year and again this year in ecommerce, so probably we will target a significant part of our business to be done on ecommerce, even though for Hermès, and for luxury in general, the physical experience will remain the vast majority of the experience. But the omni-channel experience is coming. So it’s not digital or physical, it’s both. 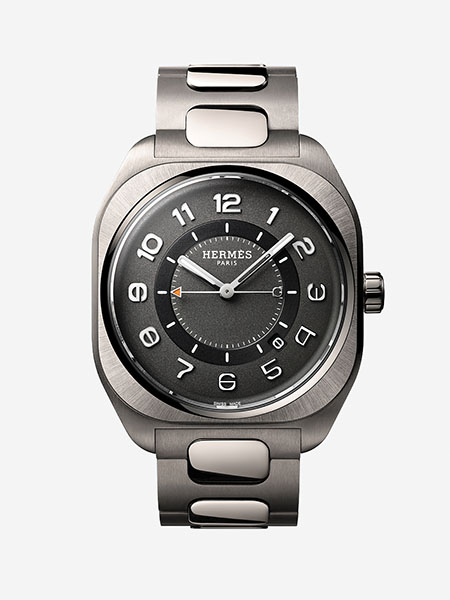 H08 Titanium metal strap. Joel Von Allmen/Hermès
Q. What do you think of India as a market?
It’s a very promising market and I can’t tell you when it will take off [laughs]. Because it will depend on the customs rate. When you have such taxes, the business remains small, but it’s a very promising market.
Q. Do you think the concept of time has changed in the pandemic?
At Hermès we have always considered that we will privilege qualitative time to quantitative time. We never thought about watches as something meant for only measuring time. Neither did we develop complications to be the thinnest or the most precise chronometer in the world because, first, most brands do it better than us. And secondly, because it’s not fun for us. When we issued the time suspended complication, we were the first brand to imagine a watch that would suspend the time, a complication to literally stop your watch, which was a fantastic resume of our philosophy. For Hermès, time is a friend, we like to play with it, to open interludes and bring fantasy and fun to our customers. And in the pandemic, maybe since everybody had to stay home and rediscover their home, family etc, that qualitative time is becoming more and more important.

Tweets by @forbes_india
Oxygen crisis: What are Cyrogenic containers, how is oxygen stored and transported?
Moving to a big city humbles you: Mayank Kumar on Forbes India Beyond the Boardroom