From 'The Bold Type' to 'Manifest' to 'Stranger Things', here are some of the favourite OTT shows of the Forbes India team in 2022 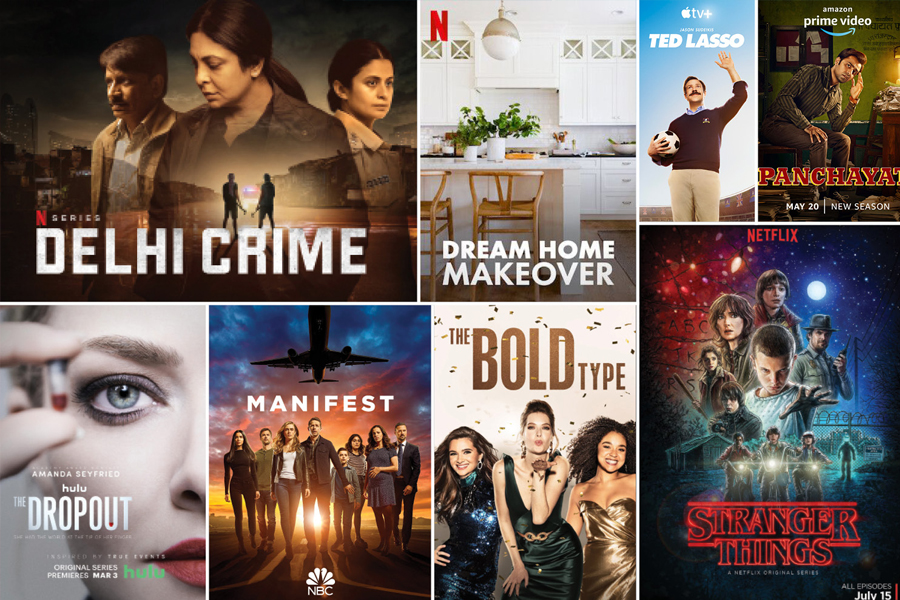 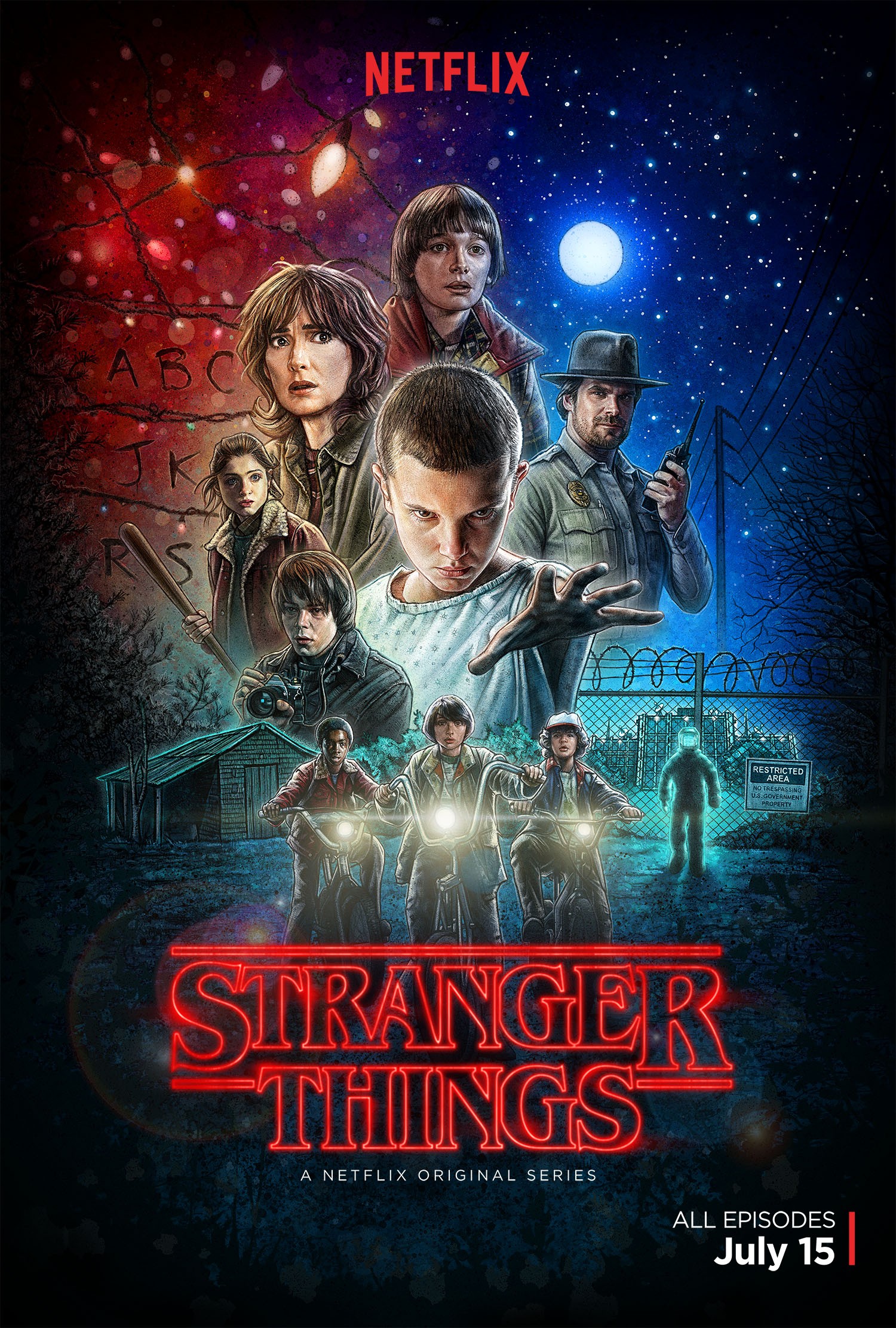 I am no fan of horror/sci-fi drama. I was quite late to the party since Stranger Things had already taken the world by storm. But when I started watching it—only a few months back—I realised the hype around the show was very much real. I finished four seasons in close to eight days! Judge me all you want, but it is beyond gripping. The show, set in 1980s Indiana, is about a young group of friends who witness supernatural forces and government exploits. As they search for answers, they unravel a series of extraordinary mysteries. Like many other shows, there are multiple characters. But the way each character develops over the four seasons is phenomenal. You see them grow, and you grow with them. While most think Eleven is the “hero” of the show, I like to think it is Dustin, Steve, Eddie, Max, Jim, Joyce, Robin, Nancy, Lucas, Will, Jonathan and Mike (in the order of my favourites). If you haven’t watched it already, please get to it. The Duffer brothers are crazy geniuses. Cannot wait for the next season!Where to watch: Netflix 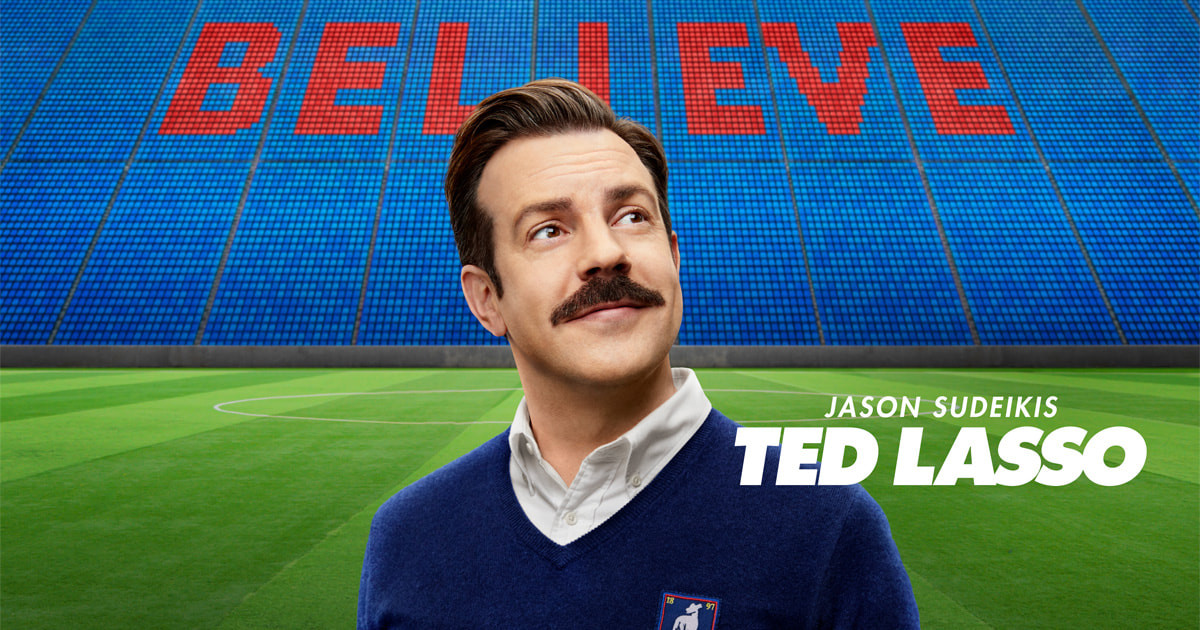 This was another show I knew to be a cult favourite but I never got around to watching it, until now. The show is about an American football coach Ted Lasso, who is hired to manage an English football club. He lacks a bit of knowledge, but with his optimism and determination, turns the underdog team around. In my opinion, it is an excellent show for anyone wanting a lowdown on leadership and making a group of very different individuals into a cohesive unit. At certain points, Lasso’s optimism is annoying, but it teaches you so much. I’ve always been a quote hoarder, but after a long time, I found myself making notes of life lessons from Ted Lasso. I’ll leave you with two of my favourites: "You know what the happiest animal on Earth is? It's a goldfish. Y'know why? It's got a 10-second memory. Be a goldfish." and "Taking on a challenge is a lot like riding a horse, isn't it? If you're comfortable while you're doing it, you're probably doing it wrong."Where to watch: Apple TVDARIELLE BRITTO'S PICK 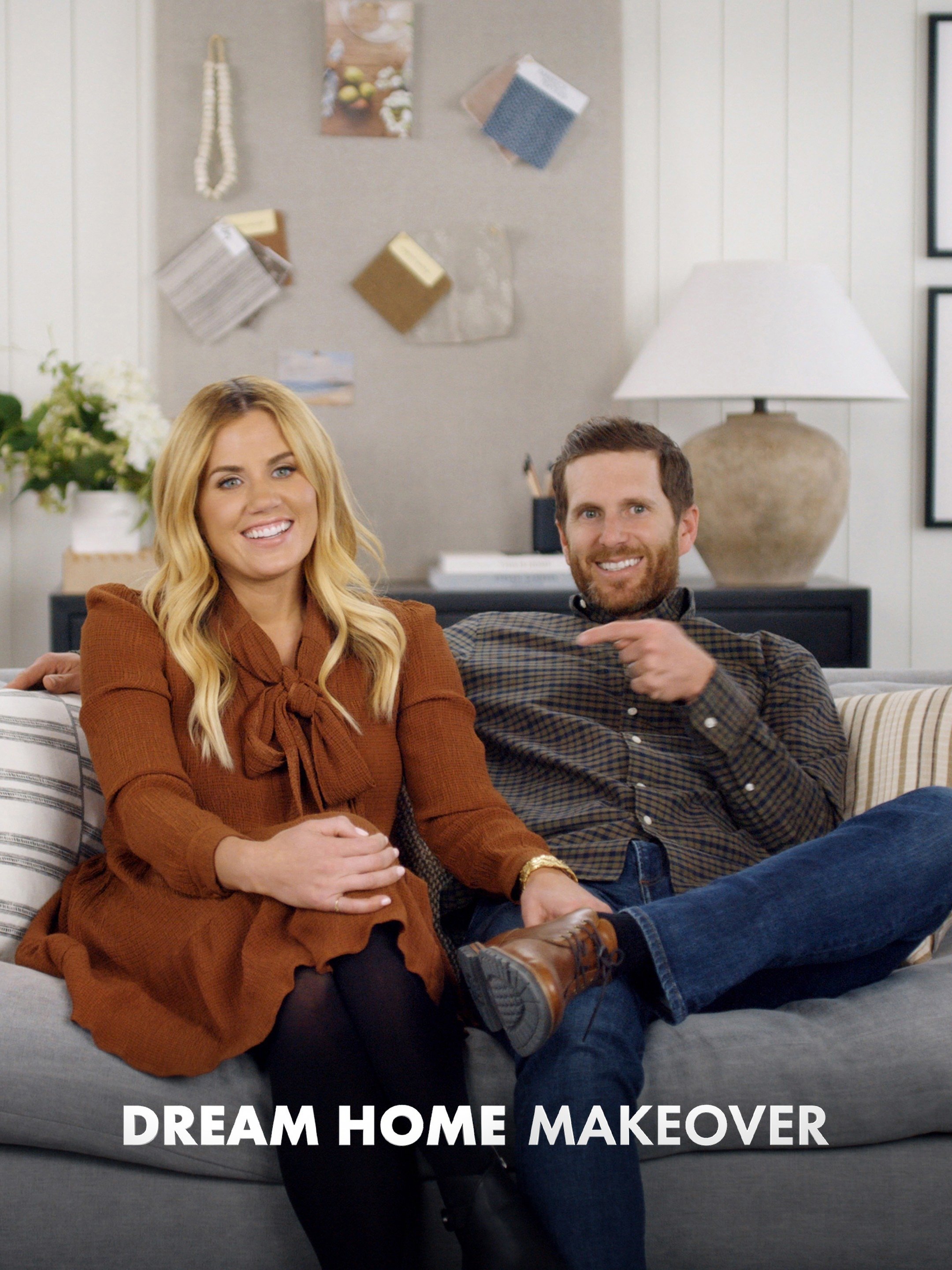 Netflix's Dream Home Makeover follows Shea and Syd McGee, from the interior design company Studio McGee, transforming their client's living spaces in massive ways. Studio McGee takes their clients through the process and helps them create a space that matches their needs and personality, whether they want to redesign a living room the whole family can enjoy or create an enchanting oasis in the bedroom. This show is perfect for anyone who has a passion for interior design and home renovations. You can get creative ideas on how to improve your own home, whether you are on a small budget or looking to recreate a space in your home in a way that stands out from the crowd to make life a little more beautiful. Where to watch: NetflixNAANDIKA TRIPATHI'S PICKS 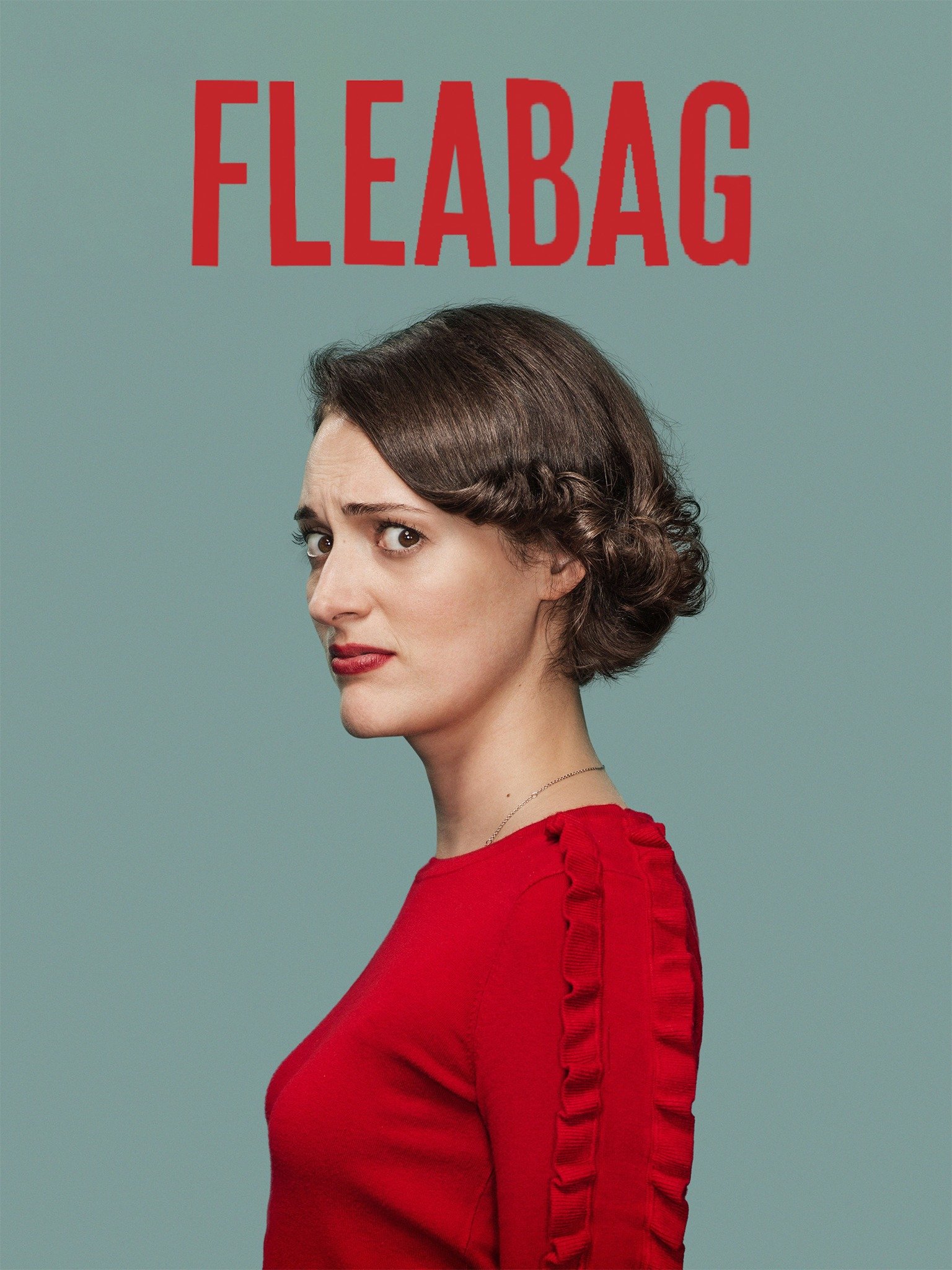 A stranger turned friend recently suggested watching Fleabag while I was on a train, and I must say, it is one of the finest dark humour series. The show is about a dry-witted woman, known only as Fleabag. She has no filter as she steers life and love in London while trying to cope with tragedies in her life. Fleabag deals with real human problems, such as betrayal and insecurities, but presents them in a way that can be laughed at in a fictional setting. Phoebe Waller-Bridge's character Fleabag directly communicates with whoever is watching the show, often blurring the lines between the Fleabag you see, the one she thinks she is and the one her family thinks she is. It is hard to put into words but it just needs to be watched to be believed. It’s a 12 episodes series, spread out over two seasons.Where to watch: Amazon Prime Video 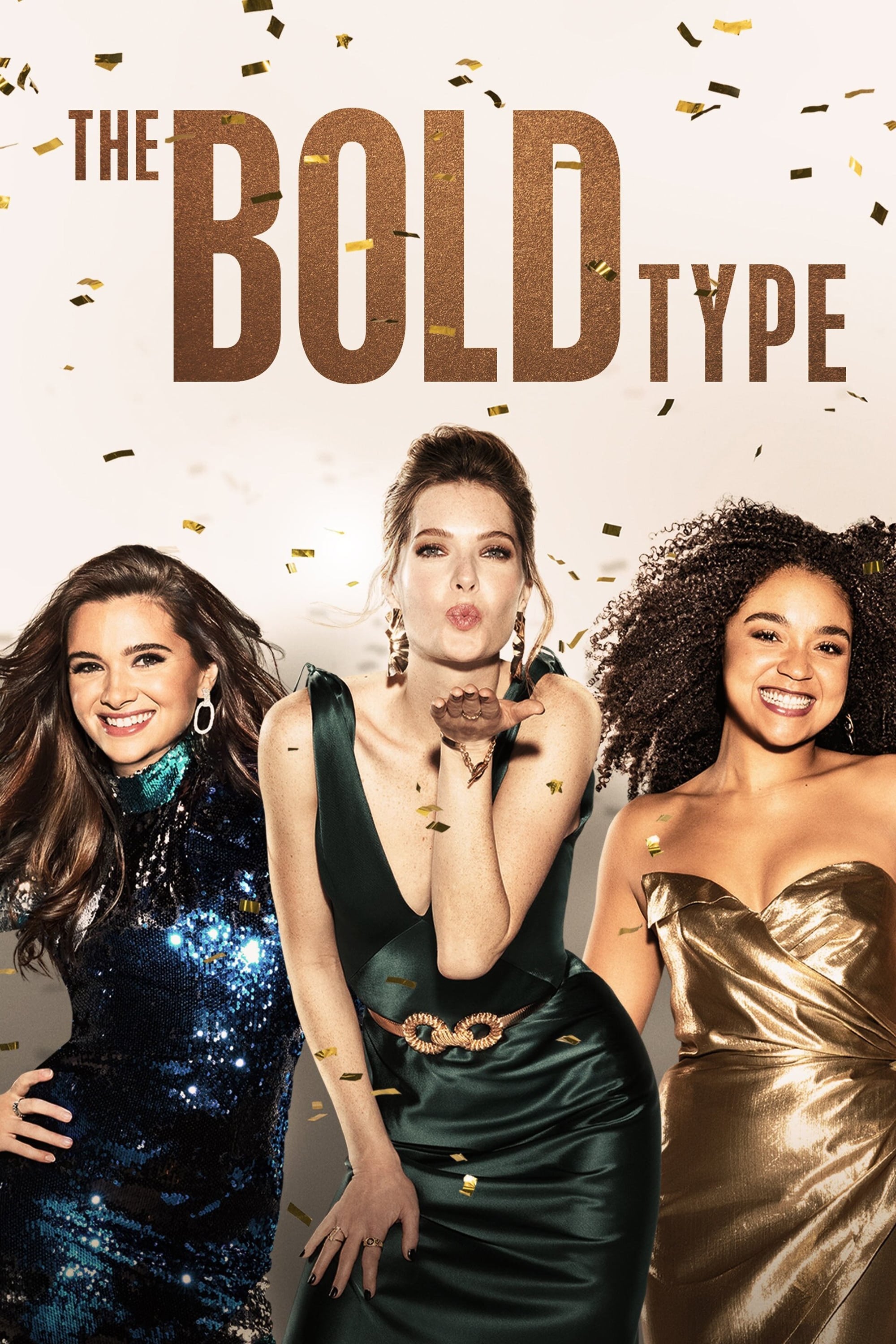 This is one show which I didn’t prefer binge-watching and rather savour as much as I could. It’s a feel-good show and an escape from reality for a while. The show revolves around these three millennial women: Jane, Kat, and Sutton, who bond over their careers at Scarlet Magazine. The work culture shown in the series looks a little shinier than it is in reality, but the show does tackle issues relevant to the media industry. The comedy-drama series is spread across five seasons, the final one was released last year. Also, The Office fans, don’t be amazed to see Melora Hardin in a whole new avatar as she plays the role of editor-in-chief of Scarlet magazine. Watching the women of The Bold Type live their lives truly together was a delight. There is a takeaway from each character. Where to watch: NetflixSAMIDHA JAIN'S PICK 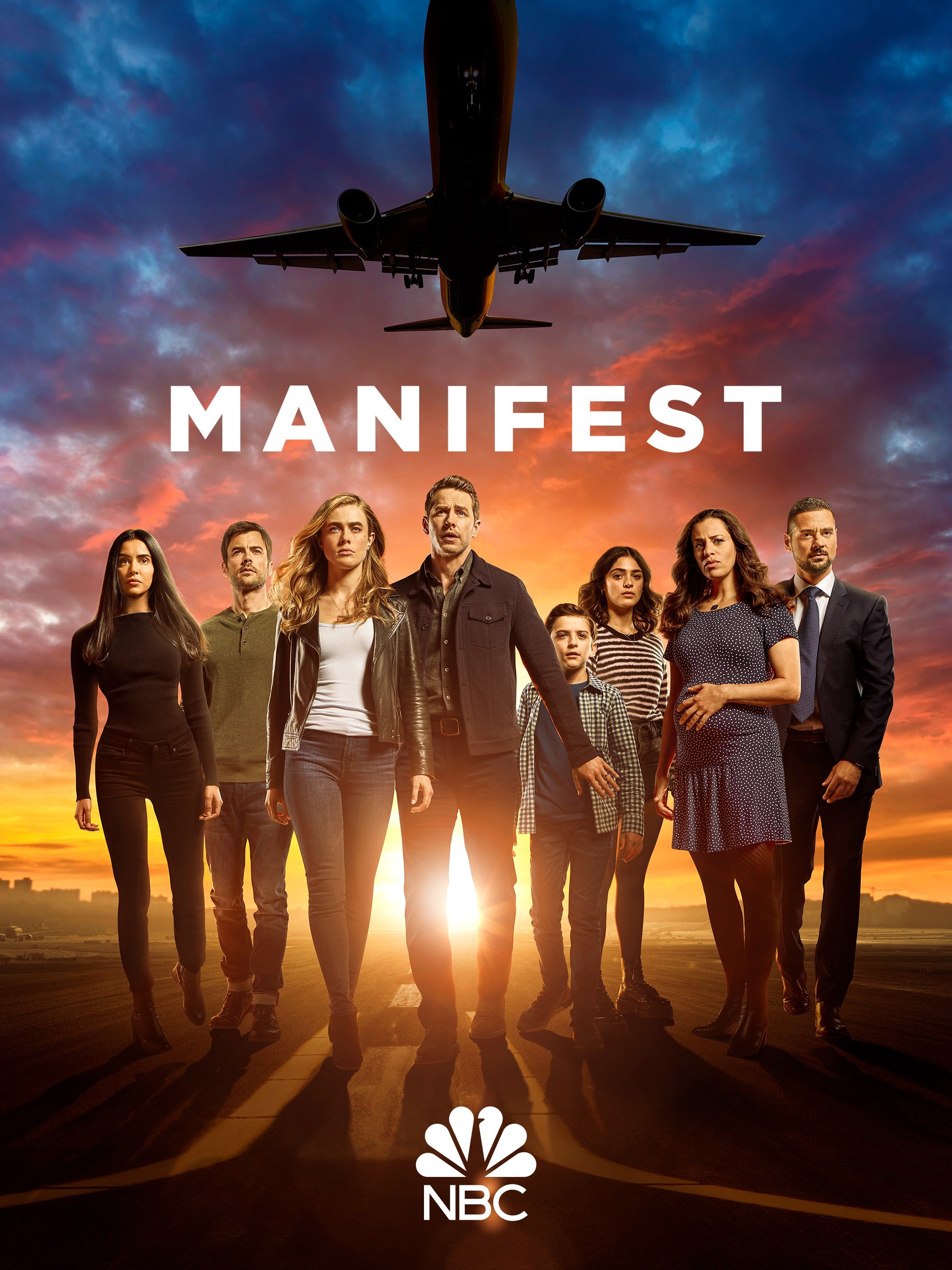 If someone were to ask me to name the craziest, nail-biting show I've seen in the recent past, I'll say Manifest. The show follows the extraordinary journey of travellers on Flight 828. In the interest of not spoiling the show for anyone, I'd say that I felt that the showrunners have thought through the script, making connections and adding twists at just the right places, keeping the viewers hooked. The show is beautifully written, with many witty lines sprinkled between the amazing supernatural incidents taking place in the lives of the characters. If I were to describe the show in a single sentence, I'd say, 'It's all connected.'Where to watch: Netflix
MANSVINI KAUSHIK'S PICKS 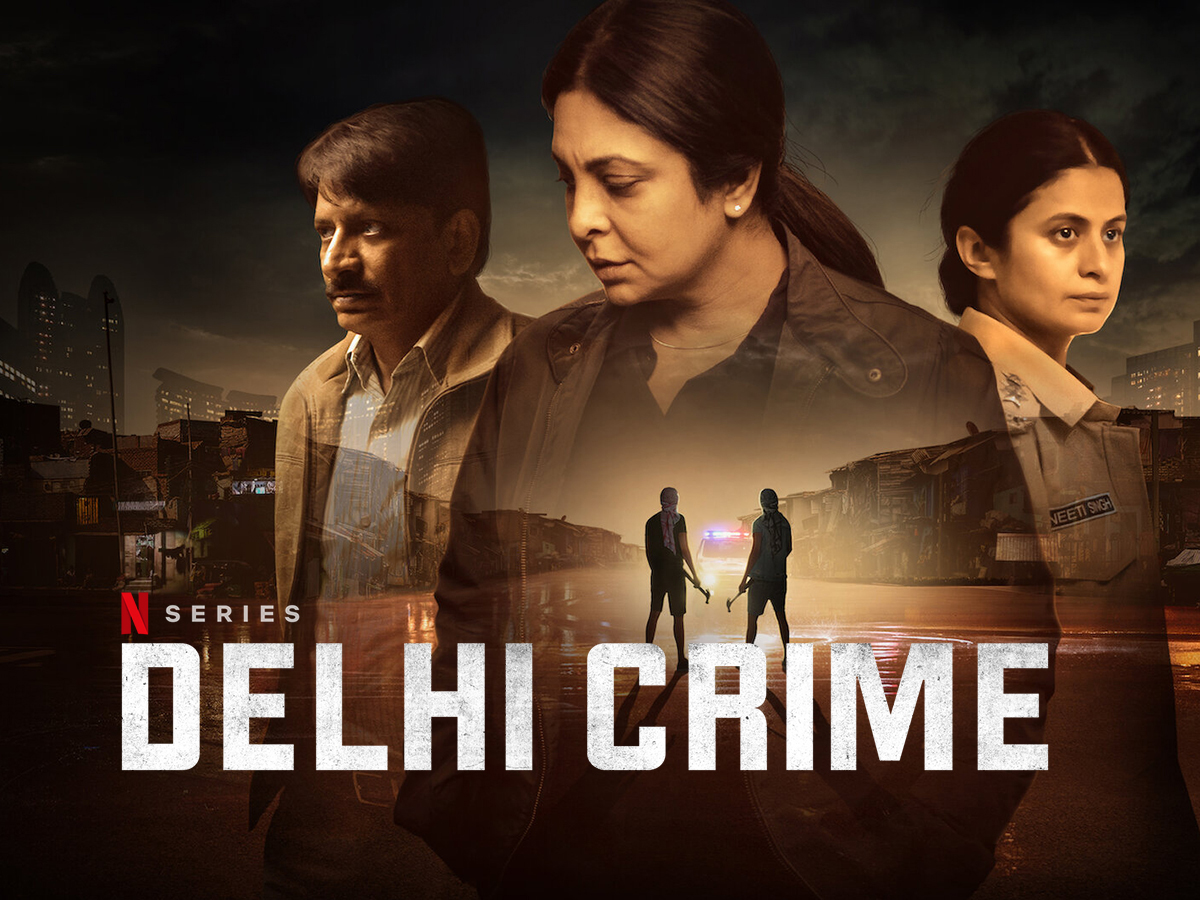 The sophomore season of Delhi crime—with the first one beautifully structuring the narrative of the Nirbhaya Gang rape that shook the nation in 2012—is no less an immersive masterpiece than the first one. Shefali Shah, who has an unparalleled screen presence, plays DCP Vartika Chaturvedi, who spearheads an investigation on a quartet of robbery-murders in a posh Delhi neighbourhood. This season’s narrative is based on the caste divide, exploitation of minorities, rampant corruption, and unfortunate media trials. It is a harshly true reflection of crime in the country and how our police force's hands are always full. It also comments on the power struggle between the police and the political infrastructure in India and how doing the right thing always comes at a cost. It’s a binge-worthy series that mirrors deep-rooted inequalities and injustice in Delhi. Must watch if you want to see Shefali Shah create magic on screen. Where to watch: Netflix 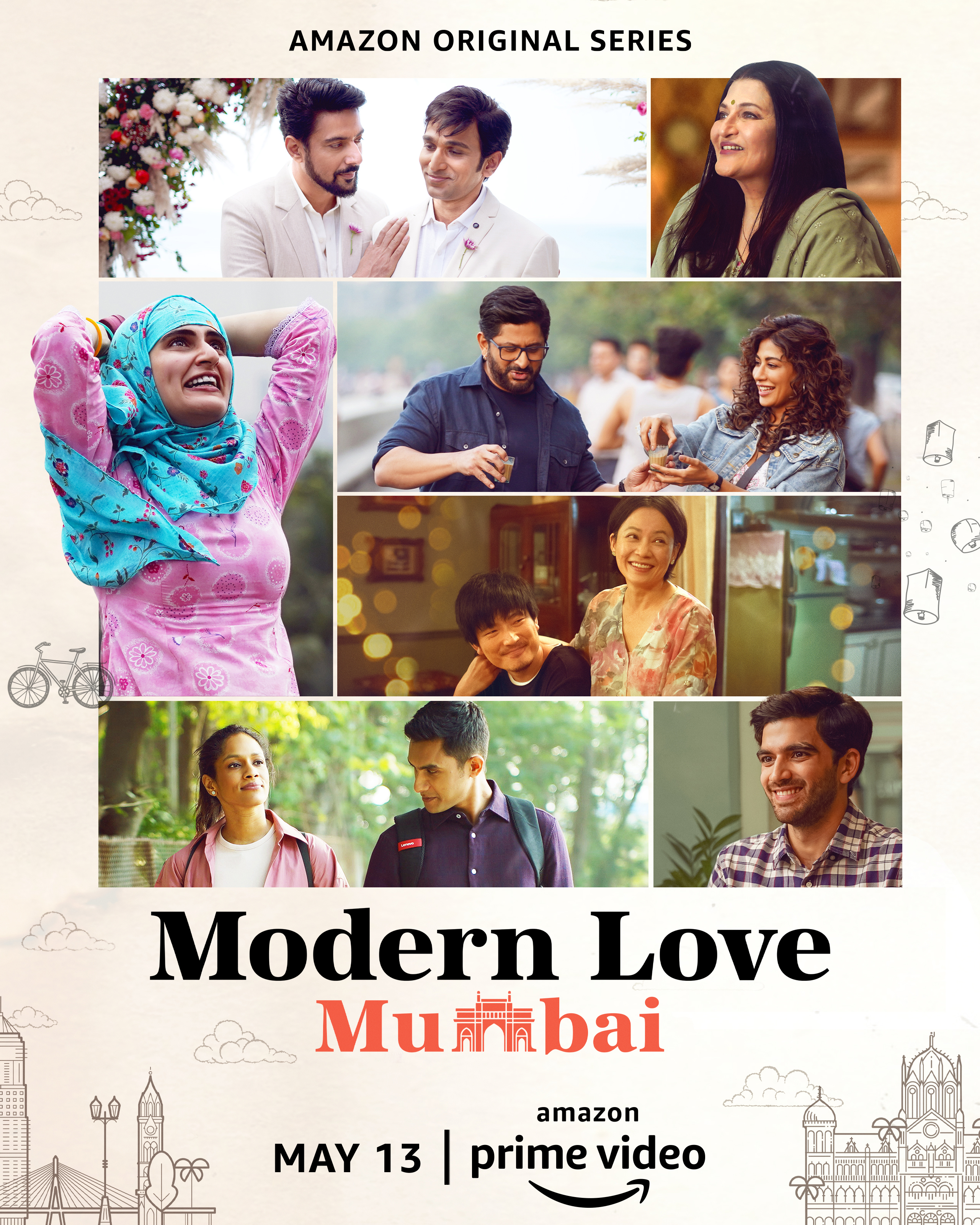 We are all familiar with the classy New York Times podcast series, Modern Love which became highly popular and was turned into a web series in the US. It now gets an Indian twist with Amazon Prime bringing six unique and much too everyday stories of people in Mumbai. A city that endorses the hustle culture, and each one of us has a complicated relationship with it. It gives you freedom, money, and power but takes your innocence and reshapes your idea of love.

The stories in this series are relatable and common, chaotic yet beautiful. The series has six directors, six stories, and six angles, and all of them blend into one final episode. It navigates a wide variety of subjects, much beyond the typical Bollywood definition of love. The binge-worthy show will leave you with a smile and make you reconsider your perception of Mumbai if you are fortunate or unfortunate enough to live here.​​Where to watch: Amazon Prime VideoNASRIN SULTANA'S PICK 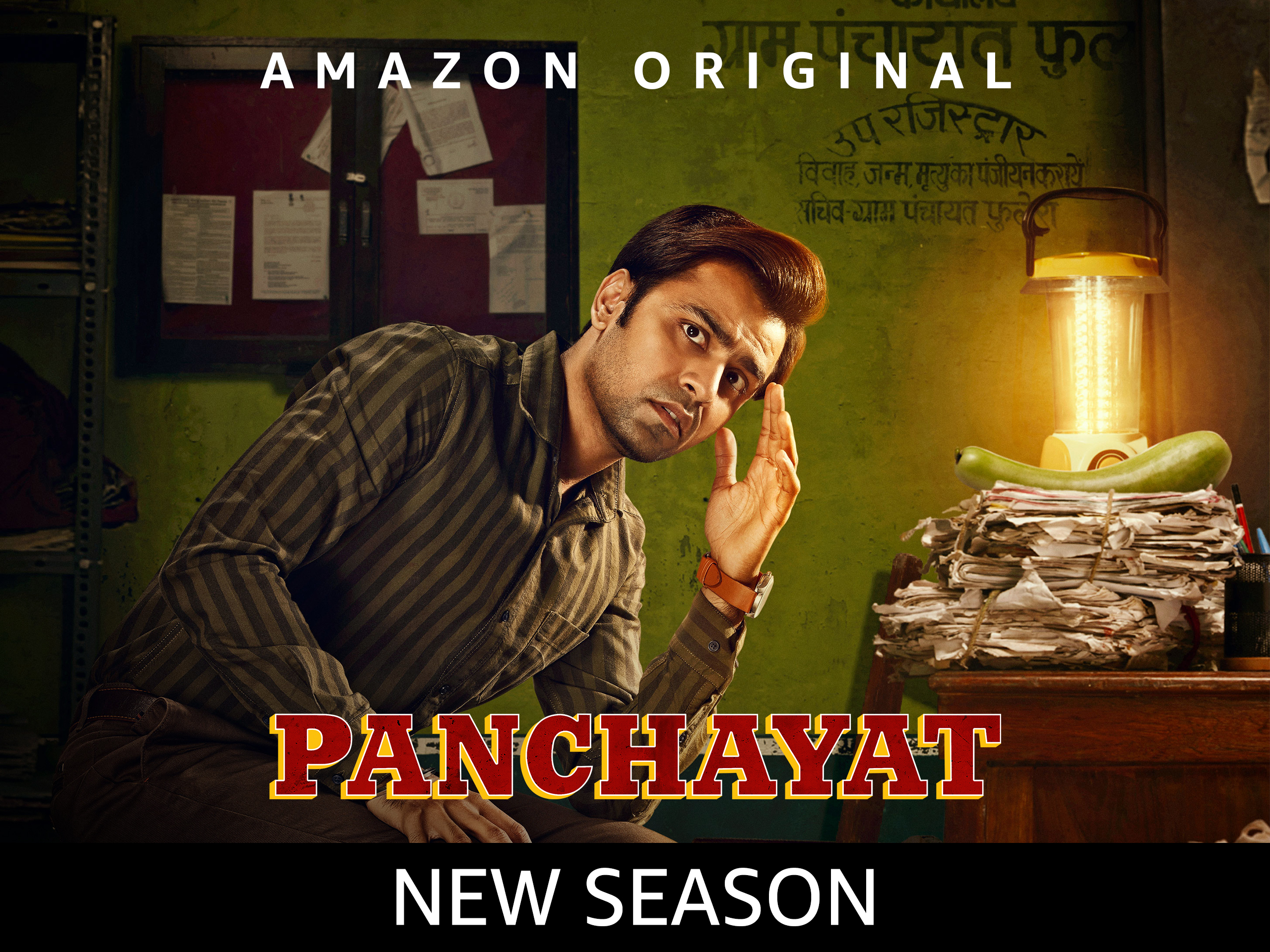 The eight-episode series takes forward chronicles of a panchayat secretary’s (Sachivji) life in the fictional village of Phulera, solving complex issues of local elections, rural sanitation, dowry, women empowerment and gender politics through light-hearted comedy. The series is a delightful watch that leaves one chuckling as it portrays rural life and celebrates its simplicity, friendship, selfishness, love and human emotions.
The second session returned after two years, but the sleepy life of Phulera hasn’t changed much with a familiar set of characters and milieu. Sachivji’s conflicts and struggles in the village continue, and only issues change. For instance, villagers struggle to get one toilet allotted to their home and the red tape that follows, or the power politics to get a road constructed to attract vote banks, beautifully depicts a slice of life drama and reality of present India.

What stood out is the simplicity of how the plot manoeuvres around petty issues but leaves us awe-struck at the end, a reminiscence of Munshi Premchand’s short stories to some extent. The episode about installing a CCTV, which is finally put to use to find a lost cow and to locate a pair of footwear, is an example of impressive writing. The series created a meme fest with the character "Binod's" dialogues and lauki references on social media. Where to watch: Amazon Prime VideoDIVYA J SHEKHAR'S PICKS 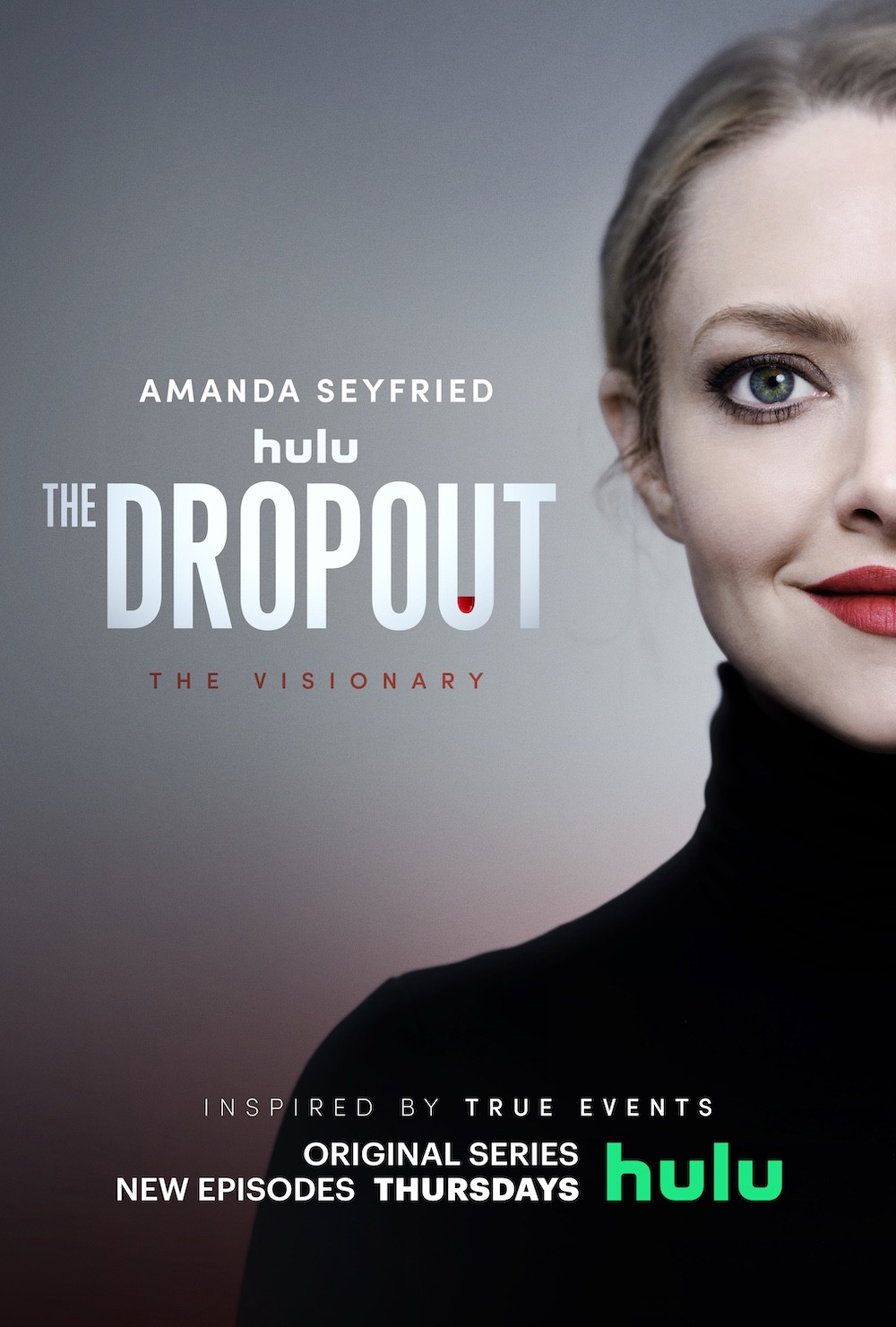 ​I started watching this series after following the high-profile case of Elizabeth Holmes, the billionaire founder of health technology startup Theranos that claimed to revolutionise blood testing. I had preceded this with the documentary The Inventor: Out for Blood in Silicon Valley, which chronicled the rise and fall of Holmes, and the flaming out of a young, firebrand female leader in Silicon Valley. The Dropout, however, managed to stand tall on its own. The show is led by the brilliant Amanda Seyfried as Holmes and Naveen Andrews as Sunny Balwani—the ex-president and chief operating officer of Theranos. The Dropout accurately captures the dizzying ambition, greed, impatience and hustle to get big things done quickly  and get ahead without thinking of consequences, which eventually leads to the fraud at Theranos. The series also gets into the Wall Street Journal investigation by John Carreyrou that exposed Holmes and Balwani, who were recently sentenced to prison.​Where to watch: Hulu; Disney+Hotstar

The Lord of the Rings: The Rings of Power 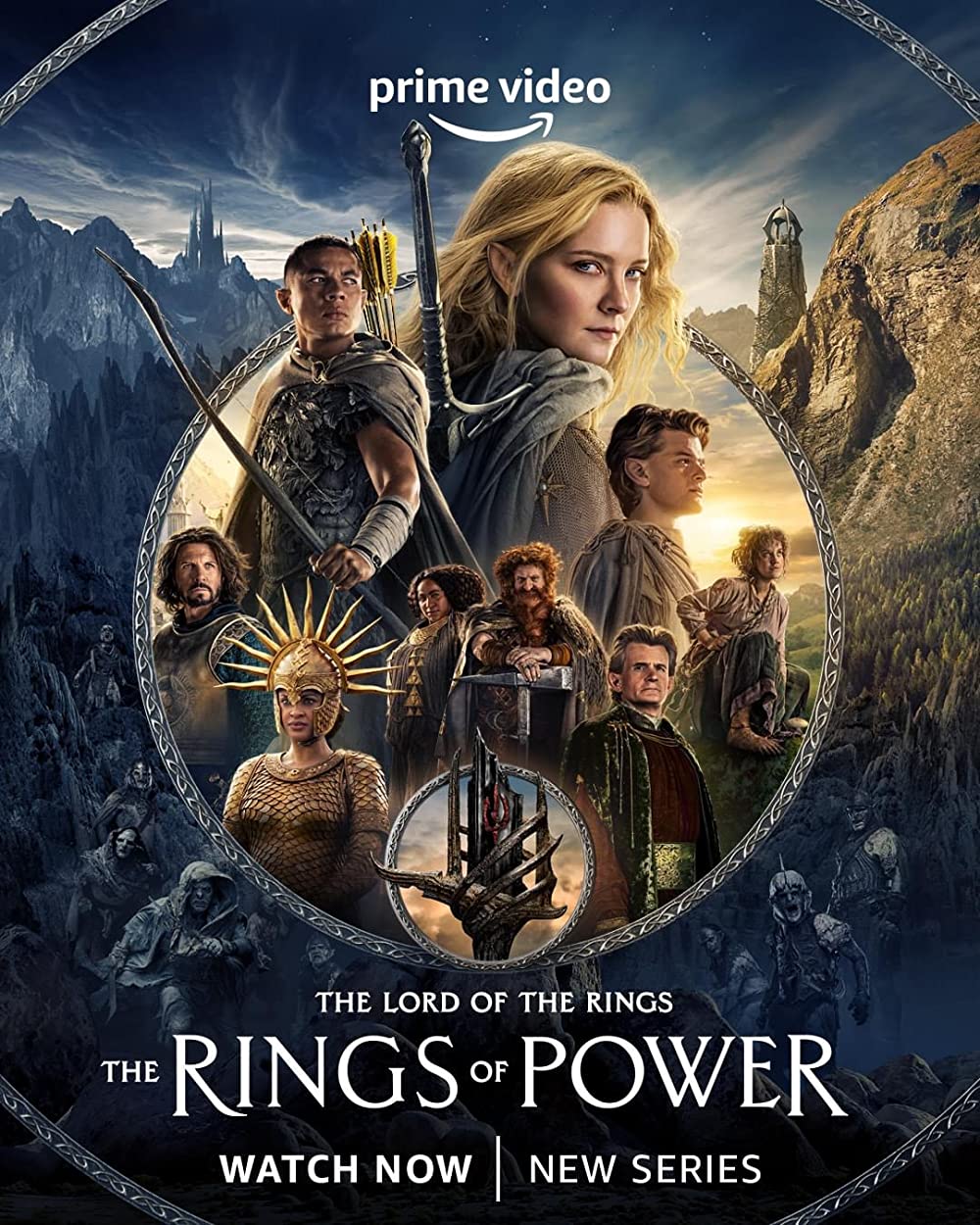 I'm a little late to the Lord of the Rings (LOTR) party, but The Rings of Power had me hooked. The series, which has received its share of criticism, was my introduction to the LOTR universe. This meant I did not come with the perspective or understanding of characters and plotlines that loyal fans of the Lord of the Rings books and movies have developed over the years. But perhaps that was a good thing, because I enjoyed the series, its various layers, characters, and storyline, for what it was, and have used it as a stepping stone to watch Peter Jackson's Lord of the Rings series. Maybe, with a little more motivation, I'll soon find my way to the books too​.​
Where to watch: Amazon Prime VideoAlso read: Forbes India Rewind 2022: Best movies we watched this year