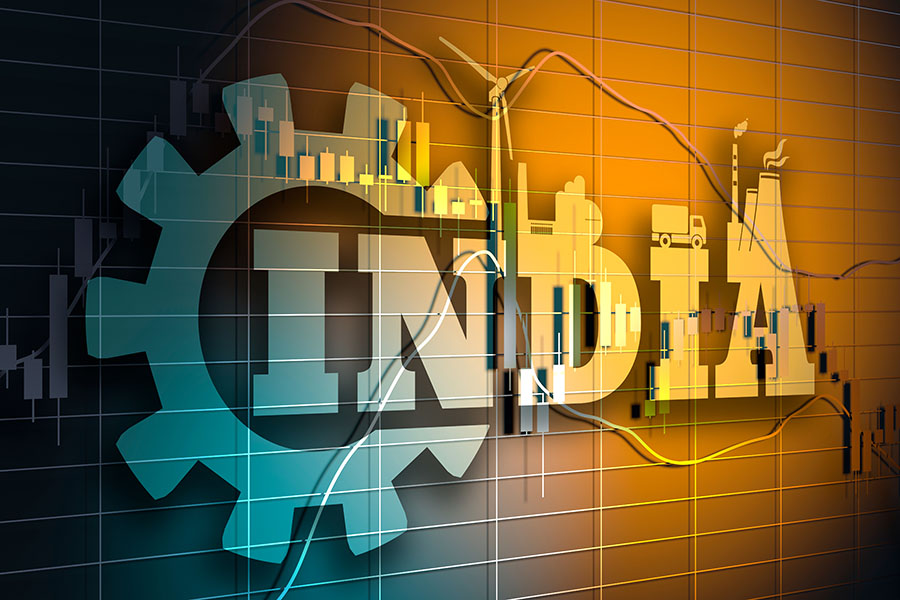 Interestingly, per capita numbers in India can hide the absolute scale! When it comes to absolute numbers, India has one of the largest physical infrastructure bases globally. Image: Shutterstock

India is attracting much interest and attention as one of the fastest-growing major economies. Already, macro analyses and reports project that India is well on the path to becoming the world’s third-largest economy. We looked at specific pieces and bottom-up business trends (it’s the micro that has to add up to the macro) and analysed the convergence of physical and digital infrastructure, business frameworks, innovation, and entrepreneurship. We study how businesses leverage them through value addition and scale mindset and identify five key pillars that will drive India’s growth transformation.

2. Infrastructure and frameworks that will drive business growth

Take aviation. India is the world’s third-largest, and one of the fastest-growing, aviation market. It has been investing in its airport infrastructure, with the number projected to cross 200 in the next four years, which compares with 250 public airports in China. The national highway network is on track to reach 200,000 km by FY24, making it one of the largest road networks globally. Similarly, railways are expanding and upgrading their existing systems and developing dedicated freight corridors across the country.

Business enabling frameworks like GST and IBC are also acting as a multiplier. Contrary to what initial headlines indicated, GST has brought about greater efficiencies. About 90 percent of Indian CXOs surveyed by a top tech services and consulting firm said that GST improved the ease of doing business, making it easy and effective for both businesses and taxpayers.

Digitalisation in India is not just about broadband penetration but includes the national digital id as the foundation and open frameworks for enabling seamless flows and applications. Layered together, they are moving transactions to the digital and opening up new opportunities. For example, digitalisation can add another $200 billion to the lending market for the Indian MSMEs, as per our calculation. Industry verticals like financial services, healthcare, education, logistics, and retail are getting disrupted and spawning uniquely Indian plays with global applicability. UPI and its associated framework are grabbing global attention and adoption. Players like ONDC (Open Network for Digital Commerce) and open protocols like ‘beckn’ can potentially disrupt ecommerce and platform apps dominated by prominent players.

4. “Moving up” the value stack

A billion people using smartphones is impressive but using homegrown 5G technologies to power the networks or using Indiastack-based apps to do mobile transactions drives value addition to the next level. This increasing focus on higher-value products is a new and transformative element in India’s growth story.

Similar value creation and migration are driven by startups offering software products (SaaS) or D2C brands expanding across the value chain. Chennai-based Zoho became the first Indian software product company to cross $1 billion in revenues last year. There are 1000 plus SaaS businesses in India, and these are expected to grow to $70-$100 billion in revenues by 2030 (McKinsey Dec. 2021, Zinnov). In consumer electronics, local brands like boAt and Noise are scaling to become top global players and are increasingly adding local manufacturing, design, and R&D to capture more of the value. Lenskart is another company that has used a value-expansion approach over time. Starting as an online eyewear retailer, it now has a presence from the mass-market (Lenskart brand) to premium eyewear (it acquired Japanese Owndays) and its manufacturing and R&D, effectively creating a “full-stack” omnichannel eyewear brand from India.

5. Large manufacturing base will drive growth and have a broader impact

India is already the sixth-largest manufacturing economy in the world, already bigger than more talked about Southeast Asian countries, and will cross $1 trillion in annual value in the next few years. While that is the direct value, what is underappreciated is that manufacturing drives overall productivity & innovation by pulling in a broader ecosystem across the value chain, including infrastructure, logistics, design, and development capabilities, and helps companies roll out innovative products faster.

The additional trillions of dollars that will be added to the GDP in the next decade will require businesses to consider these three things:

A global product brand from India has always been a rhetorical question. A prominent global player from India in new-age industries is still an aspiration. Yet, a mix of expanding domestic market, innovation, value addition, and branding combined with entrepreneurial ambition should get us there.

(Srivastava teaches Marketing Strategy, Bardiya is a VC and research fellow, and Kulkarni and Rithica are Research Associates at the Indian School of Business, Centre for Business Innovation)

Tweets by @forbesindia
Forbes India Rewind 2022: Best OTT shows we watched this year
What are the so-called "mad skills" that have become desirable for recruiters?