From the lumberjack shirt to bomber jackets, here are the fashion items likely to become the new must-haves this fall 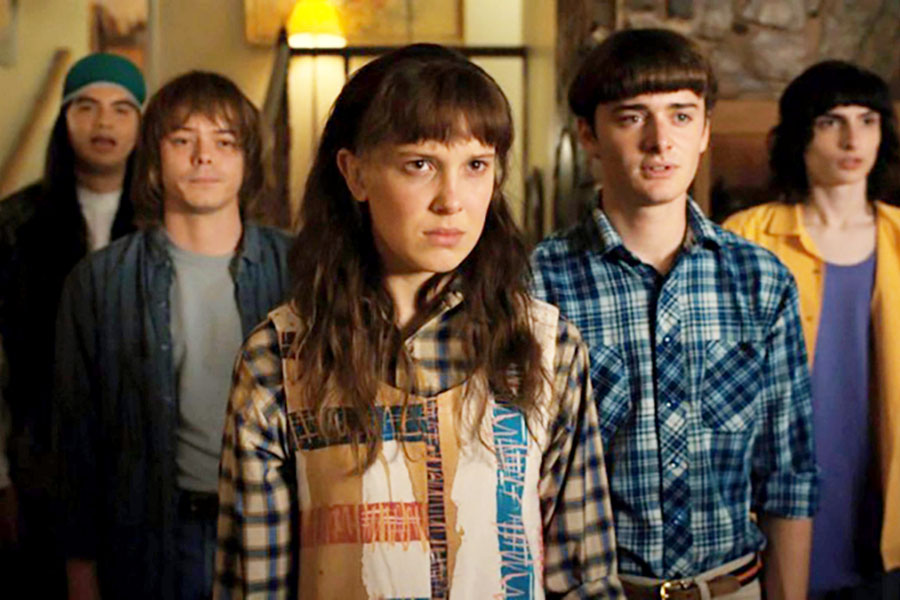 Plaid shirts are making a comeback thanks to the fourth season of "Stranger Things." Image: Courtesy of Netflix

Forget the '90s and 2000s, as fashion is now going wild for the colors and patterns of the 1980s. This is being fueled by the fourth season of the series "Stranger Things"—a veritable ode to the decade—whose characters embrace the extravagance of a wardrobe often considered cheesy and outdated. From the lumberjack shirt to bomber jackets, here are the fashion items likely to become the new must-haves this fall.

The '90s and the Y2K aesthetic have been dominating fashion trends for so long that it's easy to forget the impact that previous decades have had on the fashion world. In fact, it is currently the 1980s that are buzzing on specialist search engines and social networks, fueled by the return of the series "Stranger Things." Available since May 27 on Netflix, the first part of this new season revived many an iconic fashion item from this decade, in which color and extravagance were the order of the day.

According to the influence marketing platform LTK, searches relating to the world of the series and Hawkins' heroes have skyrocketed in recent weeks, up +700% for the "Stranger Things" phenomenon in general, and even more so for the fashion trends spotlighted during the first seven episodes of this fourth season, the second part of which is set to drop, July 1.

The success of this latest installment of "Stranger Things" is such that even the cheesiest pieces of the '80s—or maybe especially the cheesiest pieces—have made their comeback to planet fashion. This is evidenced by the craze for lumberjack-style shirts and jackets, once thought to have been banished from our wardrobes for life. LTK reports a jump of more than 3,000% in searches for these two ultimate '80s pieces since the start of the show's fourth season.

But that's not all. More broadly, it appears that the series has reignited consumers' love of retro outfits. These terms have generated a 200% increase in search interest on the influencer marketing platform. More specifically, it could be that the iconic '80s bomber jackets and caps of all kinds—especially those featuring a retro design—will be everywhere this fall. These two categories of products have respectively shown a 200% and 120% increase in searches in recent weeks.

Since the pandemic, TV shows have become veritable fashion influencers—a phenomenon that spans all genres, from the romantic comedy "Emily in Paris" to the "Squid Game" thriller, through the romantic period drama "Bridgerton."