The latest round of Fashion Weeks has now concluded. After almost a month of shows in New York, London, Milan, and Paris, the spring-summer 2023 collections have set the season's trends, making a point of keeping the sartorial vestiges of the 2000s on the agenda for as long as possible 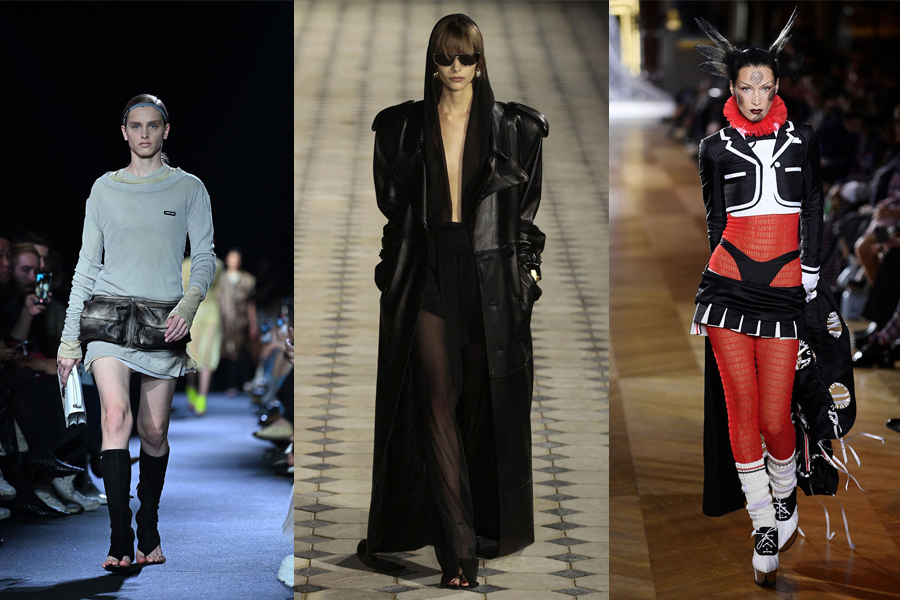 The 2000s were the prevailing theme of this fashion month, which started in New York and ended this week in Paris. But the French capital was not content with this single source of inspiration, in turn celebrating a powerful and multi-faceted femininity. Cue transparency, leather, assertive silhouettes and pockets that you might not know what to do with.

The latest round of Fashion Weeks has now concluded. After almost a month of shows in New York, London, Milan and Paris, the spring-summer 2023 collections have set the season's trends, making a point of keeping the sartorial vestiges of the 2000s on the agenda for as long as possible. As such, crop-tops, cargo pants and low-rise cuts will all be in vogue next season, but the noughties aren't the fashion world's only influence and source of inspiration. This is evidenced by the collections seen in Paris, which celebrate a powerful and multi-faceted femininity.

It will be hard to avoid showing yourself off in some way next season, as transparency was seen all over the Parisian catwalks, revealing underwear and/or naked flesh. The materials were light, almost like veils that reveal every curve of the body, sometimes hidden under pockets, as at Chanel. But the standout piece has got to be the bra. While underwear bottoms were often visible—as with Thom Browne's micro-skirt and visible thong, bras were truly everywhere, replacing the crop top, perhaps a little too long for the season. This trend was spotted at Miu Miu, Dior, Ludovic de Saint Sernin and Ester Manas. Note that the mini-skirt—star of the London runways—was rarer in Paris, and took a little more length, while cargo pants—a flagship piece in Milan—also inspired many designers in the French capital.

Designers' preferences seemed to sway between denim and leather—two materials often criticized for their environmental impact. Both will be in the spotlight next summer, although leather stole the show at Paris Fashion Week. Whether in rock 'n' roll, gothic, biker and even ultra-chic versions, leather landed in total looks or in touches—your call—bringing a certain power to the womenswear silhouette. From Louis Vuitton to Saint Laurent through Koché, leather comes in coats, skirts, dresses, pants, crop-tops and even underwear—mostly in black, but sometimes in other colors to liven up a look.

As in Milan, no single color really stood out in Paris. Black and white were certainly present, but it was mostly pastels that seemed to have caught the attention of the major fashion houses—with the exception of a few brighter shades at Victoria Beckham, Atlein and, to a lesser extent, Valentino. Pastel blue, pink, yellow and green brought an air of sweetness and light to many Parisian catwalks, like with Miu Miu and its sheer pieces, the subtlety of Chanel or the romantic vibe at Akris. This trend was also spotted on the catwalks of Loewe and Acne Studios, with a light, breezy feel.

Unlike in other fashion capitals, prints were not abundant in Paris. There were geometric patterns and polka dots, although very rare, as well as some flowers bringing a fresh and romantic touch to a handful of looks. The Akris label stood out by showcasing flower embroideries, while florals bloomed in prints in prairie style at Elie Saab, in more exotic form at Leonard Paris, or more discreetly at Dior. Note that instead of prints, brands added many functional details to their looks, including pockets—anywhere and everywhere.

Also read: Waste is a material of choice for an Indian fashion brand Urban Darzi

And finally: spotlight on innovation

The Loewe fashion house made a strong impression in Paris by showing several pixelated-style creations, creating an effect that made them seem straight out of a video game. These surprising pieces underscore fashion's continual evolution in the digital world, increasingly straddling the border between the real and the virtual. But these next-gen creations were overshadowed by another impressive runway performance, when Coperni created a spray-on dress live on Bella Hadid. It was a moment seemingly suspended in time, and was the subject of much media attention. Sebastien Meyer and Arnaud Vaillant, the creative duo at the head of the house, 'simply' sprayed the star model with a white liquid containing cotton and synthetic fibers combined with a polymer solution, which—as if by magic—turned into fabric on contact with the skin. It was an incredible performance that soon turned into a viral hit.