Soft power or 'artwashing'? How Qatar is using the arts to broaden its influence

Qatar has spent lavishly, especially in the field of culture, to expand its influence and make people forget the serious accusations tarnishing its image. This is a strategy that can be seen as 'artwashing' 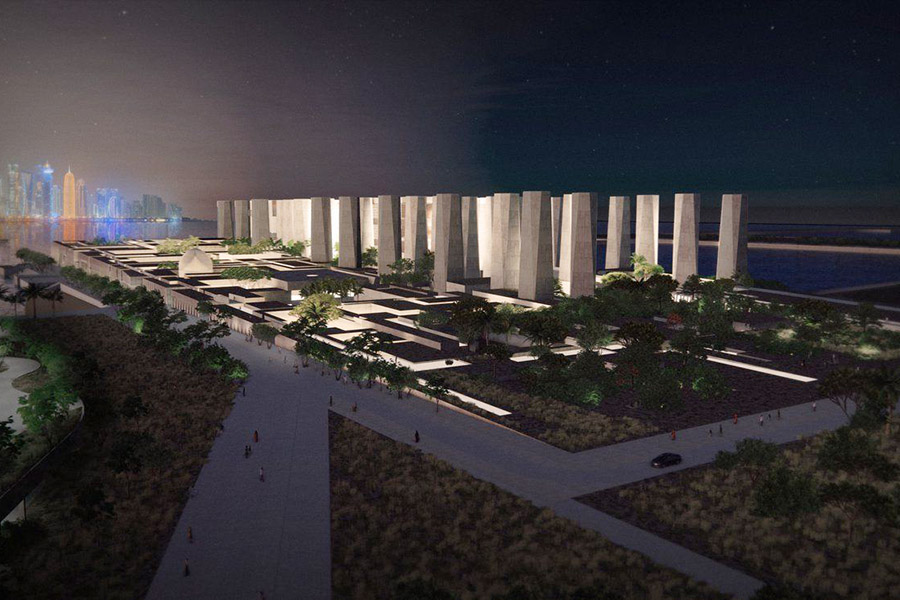 The Art Mill Museum will open in 2030, but is currently the subject of an exhibition in two locations in Doha. Image: Qatar Museums, 2022

The notion of soft power is omnipresent in the public debate, especially since the opening of the World Cup in Qatar. The wealthy emirate has spent lavishly, especially in the field of culture, to expand its influence and make people forget the serious accusations tarnishing its image. This is a strategy that can be seen as 'artwashing.'

The term 'artwashing' started being used in the 2010s to denounce the links (sponsorship, patronage, etc.) that oil companies such as BP and Shell forge with major international museums. It was theorized by the British artist and activist Mel Evans in the book "Artwash - Big Oil and the Arts" (Pluto Press, 2015).

While the word commonly refers to a form of greenwashing transposed to the field of art, some scholars argue that it applies to any organization or regime that relies on the cultural sphere to redeem its image. Journalist Hannah McGivern explains, in the latest episode of "The Week in Art" podcast, that this is one of the strategies put in place by the powerful Al-Thani family, which has been ruling over the emirate since the 19th century, to increase the regional and international influence of Qatar.

The World Cup is seen as the culmination of the development strategy helmed by the current Emir, Sheikh Tamim Bin Hamad Al Thani, and his predecessor and father, Sheikh Hamad Bin Khalifa Al Thani. The duo spared no expense to impress the two million foreign tourists visiting the micro-monarchy for this legendary sporting event. And that starts from the moment they arrive at Hamad International Airport. There, they can admire installations by Qatari and international artists such as "SMALL LIE" by KAWS, "Falcon" by Tom Claassen, "Desert Horse" by Ali Hassan and "COSMOS" by Jean-Michel Othoniel.

Other monumental sculptures by great names in contemporary art have also been installed all over the peninsula, including in some of the stadiums hosting World Cup matches. Sheikha Al-Mayassa, chairperson of Qatar Museums, sees it as a way of offering a real "outdoor museum experience" to visitors to this small country, home to fewer than three million people.

In addition, the Al-Thani family has built numerous museums over the past two decades to celebrate the memory of Qatar and, by extension, its governance. Most of them were designed by "starchitects" like the late Ieoh Ming Pei, Alejandro Aravena and Jean Nouvel. The latter was inspired by a giant desert rose when designing the National Museum of Qatar, a monumental building spanning 30,000 square meters and with 1.5 km of walkways for visitors to discover.

The Qatari cultural landscape will soon be enhanced by equally impressive museums in Doha: the Qatar Auto Museum, the Lusail Museum and the Art Mill Museum. They will be designed by a trio of renowned architects, all winners of the prestigious Pritzker Prize. These new projects are a testament to the cultural ambitions of the emirate, long isolated on the international art scene. However, they are intended more for tourists than for the local population, even if institutional communications from Qatar Museums insist on their educational value for Qataris. But these appear to be museums "made by Westerners for Westerners," as the political scientist Alexandre Kazerouni states in his book "Le miroir des cheikhs" [The Mirror of the Sheikhs] (Puf, 2017).

But should we see this cultural policy as an attempt to divert attention from the serious allegations facing Qatar in the context of the World Cup? Not necessarily. The Gulf petro-monarchy did not wait for the attribution of this international sporting event to roll out its museum offer. But there is no doubt that the state has accelerated its implementation in recent months. Take the Art Mill Museum, for example. Although the institution will not open its doors until 2030, it is currently the subject of an exhibition in two locations in Doha. A preview event that overseas visitors to the country can visit between two soccer matches.

For Hannah McGivern, these initiatives are clearly an exercise in soft power. "Qatar is saying to the world how open they are, how supportive they are of culture and the arts," she explains in the podcast "The Week in Art." But perhaps less so of artists like the poet Mohamed Al-Ajami, who was sentenced to 15 years in prison for verses deemed subversive by the Al-Thani family. He was released and pardoned by Emir Tamim Bin Hamad Al Thani in 2016 after more than four years behind bars, in order to preserve the reputation of the peninsula and not hinder its cultural development.