We should be careful and optimistic of mid-cap space: Sunil Singhania

The advent of second generation business leaders and the rise of startups have resulted in confidence about the future of mid-caps, says Sunil Singhania of Reliance Mutual Fund 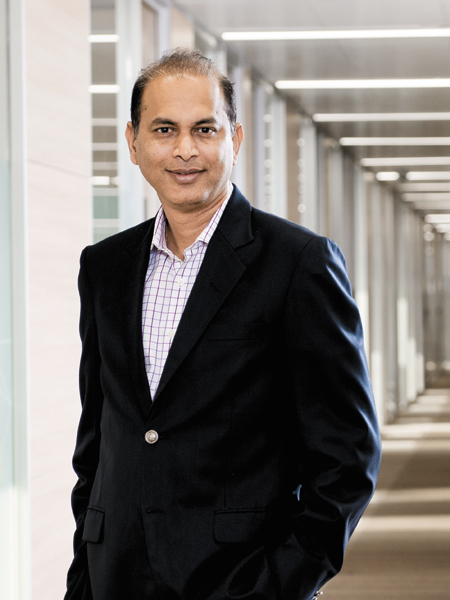 Sunil Singhania, chief investment officer, equity investments, at Reliance Mutual Fund, was one of the first fund managers to bring the mid-cap space into the limelight since 2006 through the Reliance Growth Fund which has given a return of 24 percent annually over 21 years against 10 percent for the Nifty. He continues his winning streak, this time with the Reliance Mid & Small Cap Fund, which got some of the best bargains in this segment since 2013.

The fund has appreciated by 39 percent annually over the last three years against 30 percent by the mid-cap index.

Having witnessed many market cycles, Singhania, 47, tells Forbes India that the mid-cap segment will always remain interesting but one needs to be cautious about valuations and greedy promoters. Edited excerpts:

Q. In 2013, the mid-cap index had gone down by 8 percent over the previous three years. But the Nifty was marginally up by 2 percent during the same period. Was it the best time to buy into mid- and small-cap companies?
Everything that could have gone wrong was going wrong. The rupee was at 68 against the dollar and inflation was high at around 11 percent. Interest rates were up too and there was a problem with the current account deficit. The political situation was not encouraging at all.

In August 2013, markets were at a low. On a yearly basis, the mid-cap index was down by 5 percent and the Nifty was up by 6 percent. Then Raghuram Rajan was appointed Reserve Bank of India governor which resulted in some stability in the rupee. It was also a time when we became optimistic about the smaller companies in the market. Some of these had good businesses and a market capitalisation of Rs 50-100 crore—that [amount] was closer to [what was needed] to buy a house in some of the richest neighbourhoods of Mumbai.

We tried to promote a theme that looked at stocks as businesses which were available at cheap valuations. We also launched a 5-year close-ended product in September 2013; our sales team told us that it will be tough to sell a 5-year lock-in fund dedicated to the mid- and small-cap segment. But we felt that if you are invested for five years, you would get good returns.

Then there was this doubt about who will come to power at the Centre. We thought there would be a coalition government and were not sure if [Narendra] Modi would get the complete mandate. In March 2014, we announced that we would shut our small-cap fund for bulk subscription on May 12, 2014. This was before the announcement of the election results (May 19). It was an open-ended fund at around Rs 300 crore. Over the last three years, the fund has given a return of 50 percent annually as compared to the small-cap index which went up by 33 percent. The overall size of the fund is now at Rs 2,428 crore.

Q. Your idea of buying into mid- and small-cap stocks gave you the returns three years later, then.
Valuations for mid-cap companies were very cheap in 2013. When sentiments are bad, these companies start to trade at high discounts to their fair values. Then sentiments improved. And because valuations were so low, the good companies gained from the revival in the economy.

We also benefited from the offer for the sale of shares of multinational companies (MNCs) at that time. Sebi (Securities and Exchange Board of India) had mandated that promoters and MNC holding companies would have to reduce their stake to 75 percent, so those companies [which were above that level] had to put forth offers for sale. We participated in these offers where the valuations were very attractive. Some of these MNCs were very good. Even in our Mid & Small Cap Fund, we lapped up this opportunity with companies like Honeywell Automation and Styrolution.

Q. What were promoter sentiments like in 2013?
The companies were worried. The demand scenario was not great; there was volatility in the rupee and oil was trading at $120 [a barrel]. India was heavily impacted. But since the 2008 financial crisis, Indian companies had become agile. They were forward-looking and had restructured themselves—many had low leverage. They had worked out their cost efficiency parameters. They were worried about growth but not about survival.

Q. What about leveraged or high debt-equity companies?
We had also learnt from multiple mistakes in our long career. We did not want to touch companies that were overstretched financially. We wanted to be in companies which had operating leverage rather than financial leverage. There were many companies with capacities that were unutilised. If or when growth came, the capacity utilisation would increase and sales would become higher. That was our bet.

There were a lot of companies with huge debt. Our call was that if the revival does not take place as we had envisaged or even gets delayed, these would not survive. We were basically banking on revival.

Q. How were you looking at NBFCs and microfinance companies?
Microfinance wasn’t a sector then because of government regulations in the listed space. However, there were well-run NBFCs in which we invested. We were early to invest in Bajaj Finance and we were also early in selling the stock which simply went up later. In a way, that was a regret. The NBFC sector had also seen a lot of pain in 2009 and 2010, and the stress was apparent. But there were also some very well-managed NBFCs.

Q. What is your view of the overall financial sector?
In finance, there are some companies that are niche and these typically happen to be smaller companies. Bajaj Capital, when we invested in it, was in this segment. Often, the big banks are not interested in the business that these NBFCs do because the market size is not very big. From an investor’s perspective, these are big opportunities. Larger NBFCs grow slower but the smaller ones have the flexibility of growing faster. You have to marry growth with management of the balance sheet.

Q. What are the other sectors that you liked in 2013 and early 2014?
Chemicals were available for very cheap and were trading at a P/E multiple of 4 to 5. Pharma valuations were at 25 times their earnings. In 2013, some of the tyre companies had low P/E multiples of 2. Even engineering and auto ancillary companies were cheap.

Q. Did you look at commodities?
We avoided commodities. They perform based on global growth and specifically China growth. Both were, at that point, not doing well.

Q. You focussed on consumer goods?
We were optimistic but focussed on discretionary consumption or the aspiration theme. When it comes to consumer staples in India, the growth will slow down in this sector because penetration is high. But discretionary consumption like branded paints or branded sanitary ware is an interesting theme to be in. Indians are now moving on to the next level. They are becoming aspirational.

Q. How has the attitude of the Indian promoter changed?
There is a chapter in the book Freakonomics which talks about why the crime rate in the US fell in the 1990s. It so happened that legalisation of abortion in the ’70s led to a substantial part of the crime decline in the 1990s as unwanted children were not brought into the world. Now if we relate this to our country: India became independent in 1947. The first 40 years went into survival for that generation. In the ’60s and ’70s, they started giving education to their kids, who came into a working age in the ’80s or ’90s. The economy opened up in the early ’90s. That was when the revolution started. These people made money and gave better education to their children. They sent them to the best management institutions or abroad for further studies. These kids are more educated and understand the importance of market capitalisation, minority interest and being fair. They are not here to do any fly-by-night IPOs in the market. They are revolutionising the workspace.

When we meet a 40-year-old company, we tell them that we want to now meet the next generation. We found a lot of good stocks in this space where the second generation has been very impressive. Some of the [business] groups have transformed significantly. The second generation’s focus on wealth creation has led to improvement in corporate governance. There will always be greedy promoters but we have to be careful about them. We need to focus on those who are doing good work and today, there are plenty of them.

Q. How do you look at the mid-cap space now?
The number of companies that are really good is limited. Capital and liquidity is plenty because gold and real estate are out of fashion. The push from the government to move to a white economy has resulted in investments in financial assets. There is a huge surge of money into the equity markets. Also people have realised the virtues of long-term investing. Rather than focusing on what is going to happen in the next month or quarter, a lot of focus is on what companies will do over three or five years. In some cases, valuations are very high; there, we will advocate caution as far as [the] retail [investor] is concerned. But for some companies, the immediate results do not reflect their true earning capabilities. They might look expensive optically. However, over two to three years, their profits will rise faster. Therefore, the valuations may not be that high.

As a group, the 35 P/E of the mid-cap space is high. But you can’t look at it as a group. Some of these companies might be traded at high valuations and others at low valuations. These numbers are aggregates. As an investor in a mutual fund, one has to now start looking at the portfolio and see where the returns are coming from. Is it because of momentum or due to the fundamentals of the stock?

In the Mid & Small Cap Fund, we don’t go more than 4 to 5 percent in a stock. These companies are smaller in size. They can get impacted by internal and external factors. Their ability to withstand volatility is much lower than larger caps. We avoid concentrated risks.

(This story appears in the 11 November, 2016 issue of Forbes India. To visit our Archives, click here.)

Tweets by @forbesindia
Management education has failed in India: Nirmalya Kumar
Future returns from mid-caps will be less than before: Sanjay Bakshi