How Autistics Triumphed at SAP Labs

When VR Ferose, Managing Director of SAP Labs India, employed three autistics, he was in for a special surprise 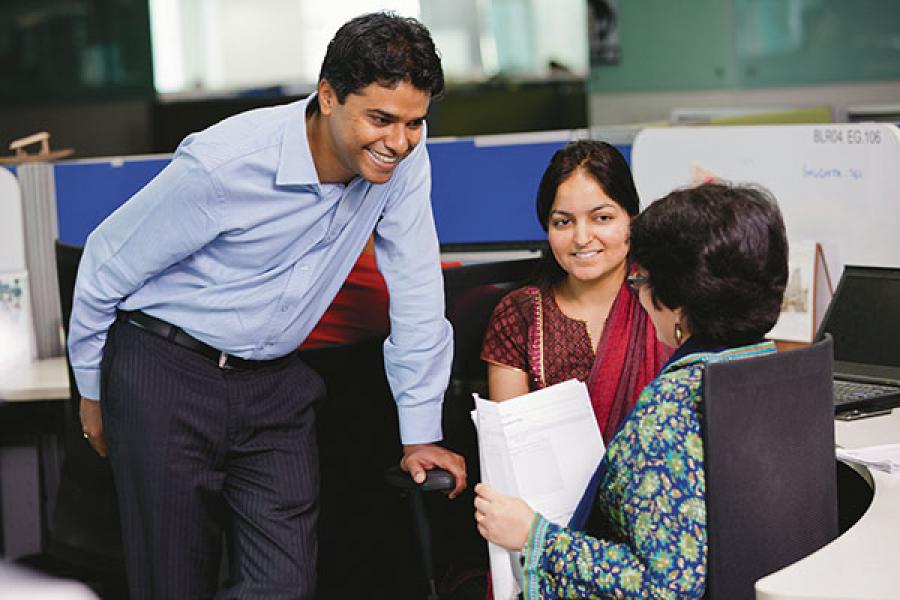 VR Ferose
Age: 38
Designation: Managing Director, SAP Labs India
The Problem: People with disabilities such as autism are usually dependent on others throughout their lives. They lack communication skills, are not social, and businesses generally don’t employ them.
The Solution: Inspired by a Danish entrepreneur, he saw that they had amazing memory and can repeat tasks over and over again—skills that can be used in complex product testing. The best of them is as good as three engineers, he says.

Two years ago, I met Thorkil Sonne, a Danish entrepreneur, Ashoka Fellow, and an outstanding individual. I invited him to come and speak at SAP Labs. His story was very moving. He was the head of an IT company. His son was diagnosed with autism and, for years, he was struggling with a thought that keeps parents of special children awake at night: What happens after I am gone?

For children with physical disabilities, things get better over a period of time. You lose a limb, you can get it back. Or, you get used to it, find employment and lead an independent life. But children with intellectual inability are always dependent on somebody. Getting a job is the bottom line, but autistics find that difficult. They have two challenges: They are non-social and can’t communicate. If you go for an interview and say you can’t communicate or work in a team, you won’t get the job even if you’re the smartest person in the world. In any interview, the focus is on rejecting people and not selecting them. We might not realise this, but that’s what we do. Because of his personal situation, Thorkil wondered: Will my son ever get a job?

His son was diagnosed with autism when he was three years of age, but it was only when he turned nine, that Thorkil got an important insight. He said that instead of focusing on what he can’t do, let me focus on what he can.

Autistics have amazing skills—not all, but many of them do. Some have a great ear for music. Some have an outstanding memory: As they see the world in pictures, their memory is photographic. And most of them have an ability to do the same tasks repeatedly. Thorkil asked himself, how can I use these skills in the world of technology? As he came from that background, he found a sweet spot there. He said, “Can I use them for doing testing because testing involves repeated tasks? Can I use them to build specific software where you need a lot of memory?” He tried their skills; he used them for building gaming software and for testing purposes. And it worked.

Today, he runs a company called Specialisterne, 80 percent of whose employees are autistic.

When Thorkil came to SAP Labs, his mission was to create a million jobs for autistics. He told me, “Ferose, if I have to create a million jobs, it has to happen in India. Only India has that kind of scale, and a lot of special children.” Personally, I thought it was an outstanding idea, but taking the first step is always a challenge. It’s very difficult to convince people. Integration is tough. The ramp up time is very high. We hired four autistics and three of them are with us now. I can say the best among them is as good as three engineers.

How do we scale it up? There are three aspects to it. The first is to spread awareness. We’re way behind Western countries in detecting the problem. India says one out of every 150 children born is autistic; US says one out of 70. Second is how can we help teach autistics. We have millions of differently-abled children. But special schools cannot scale up, because they need one-to-one teaching methods. If we have 100 autistic students, we need 100 special teachers. That’s not scalable. I personally see technology as the only way out. It may not solve it, but will surely help. The third is about inclusion. How does one make businesses hire special people, not as a corporate social responsibility (CSR) initiative, but because it makes business sense. Only then will it be sustainable. Today, if I can tell you that one [autistic worker] is as good as three engineers, it’s because it makes business sense.

At SAP, we have done different things to address this. We started an iPad Lab as a part of Project Prayas. When Steve Jobs launched iPad 2, he spent nearly 10 minutes talking about how iPads can be used to teach autistic children. We donated a few iPads, but once we ventured into it we realised there was so much more to be done: How do you build a curriculum? What are the kind of applications they need to help them work? All the apps that we’ve had were very US-centric; they were created for US children. So we started building our own apps for Indian children. I think a bigger challenge is to make them employable. To do this though, you have to think out of the box, because most of them wouldn’t have studied beyond the 12th standard. The way you hire them is completely different.

Early last year, some of our employees started working with the Autism Society of India to choose candidates with Autism Spectrum Disorder (ASD) whom we could prepare for employment. This was an unknown area. We picked three-four potential candidates who were in the middle-to-high range of ASD. We also considered their proficiency in the use of computers and their ability to work in an office-like environment along with a large number of people. Since we had not done this before, we could not fall back on a defined process and therefore went by the clarity of intent. We placed them in complex product testing. You might ask, do they understand SAP? But it doesn’t matter. What matters is that they have a photographic memory. We tell them about the 50 steps to testing; how to set up a system, which 20 parameters to check; how the data flow is, how it moves and what the outcome should be. For a regular engineer, he has to write the process down, he has to see it very often and if he misses one step, the entire thing is gone. But autistics can do it easily for 100 such scenarios. Thorkil tested them against regular engineers and found that the regular engineers were right on 80 percent of the occasions, while those with autism were right every time.

The strange thing is, there are intangibles that we don’t realise. If you ask the CEO of a company, they complain about employees with bad attitude, high attrition rates and so on. With autistics, that’s not a problem. They are very good at their job. They are slow starters, but if they stick around for some time, the value they add is exponentially more. You have to find them the right niche. At our test centre, we linked each of them up with a buddy. They would be with them and take care of their needs. Despite the pressures of their day job, they spend significant time to handhold their candidates and treat them as close friends. It’s been over six months since the candidates are working with us. Typically, people with autism have poor social interaction skills and therefore it is a challenge for the team to connect with them. It extends beyond work hours and involves their participation in team outings and birthday parties.

We faced a few challenges. We continue to do so. But the biggest learning has been our ability to leverage their strengths.

Thorkil once told me, “If I were working in a manufacturing company, I would have found a need for these employees there.” All sectors can benefit. The mindset to identify somebody’s strength, instead of somebody’s weakness, is the key. For instance, at SAP, we employ over 6,000 people. Hence, we have huge power needs. We have a power station within the campus. It’s complex and is situated underground. The facilities manager once came to me and said there was a huge problem. Nobody wants to work there, because it was too noisy. But somebody had to be there onsite, to take readings and to respond by switching something on or off. Nobody worked there for more than three months.

I discussed the problem with a friend, Ashok Giri, who runs Vindhya, a BPO firm which employs differently-abled people. He said, “I’ve a solution for you. I’ll send you one of my employees who can’t hear.” Honestly, it never struck me that this was possible. We hired him, and there has been no problem since then.

Does it make business sense to me? Absolutely: Instead of losing a guy every three months, I have someone who will be around for some time. Suddenly, you find that his weakness is actually our strength. If you look at the data, it’s staggering. Data from the World Health Organization shows that 15 percent of the world’s population is differently abled in some way or the other. I believe 100 percent are. We are all differently abled because we are good at something, and not good at something else. We have to figure out what someone is good at, and make the best use of it. That can add a lot of value to business. That’s the big lesson.

Show More
Get the latest stories, videos, and podcasts from Forbes India directly in your inbox every Saturday
Thank you for your comment, we value your opinion and the time you took to write to us!
Comments 24