Concerns about vulnerabilities in the crypto markets have become more pronounced in recent months, in the wake of wild swings in price and serious losses in the industry 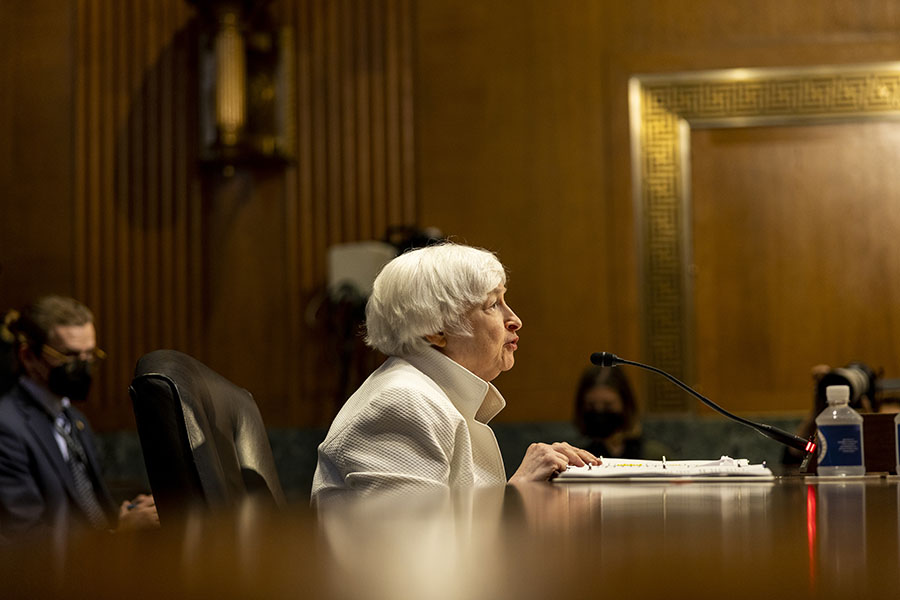 Janet Yellen, the secretary of the U.S. Department of the Treasury, testifies before the Senate Finance Committee in Washington on June 7, 2022. A federal panel responsible for monitoring financial system risks sounded a warning on Monday, Oct. 3, about cryptocurrency markets, saying that the widespread adoption of digital assets poses risks if the market continues to grow without better oversight and enforcement. (Jason Andrew/The New York Times)

A federal panel responsible for monitoring financial system risks sounded a warning Monday about cryptocurrency markets, saying that the widespread adoption of digital assets poses risks if the market continues to grow without better oversight and enforcement.

It is the first major report on cryptocurrencies by the Financial Stability Oversight Council, which is led by the Treasury Department and was created after the 2008 financial crisis to help identify and mitigate threats to the financial system.

Concerns about vulnerabilities in the crypto markets have become more pronounced in recent months, in the wake of wild swings in price and serious losses in the industry.

When the cryptocurrency market exploded and reached about $3 trillion in value around this time last year, officials feared that rampant speculation and insufficient oversight of digital asset activity could infect the wider system and called for an assessment. Although about $2 trillion in value has been wiped out since then, the risks are no less pressing now.

A Treasury spokesperson said that recent volatility has highlighted the need for more action.

The panel, which includes the leaders of all U.S. banking and financial agencies, repeatedly emphasized that existing laws already cover many of the activities in crypto markets. The report urged all agencies, including the Securities Exchange Commission and the Commodity Futures Trading Commission, to prioritize crypto enforcement and recommended that Congress provide regulatory agencies with more resources to police crypto.

The report also outlined gaps where regulators say more legislation is needed, particularly for issuers of a type of digital asset known as a stablecoin.

The report also recommends legislation to increase oversight of crypto tokens like bitcoin and ethereum that don’t explicitly fall under the jurisdiction of the Securities and Exchange Commission or any other agency. A bill recently introduced by bipartisan members of the Senate Committee on Agriculture sought to address this gap by granting authority to the CFTC. Treasury officials declined to endorse any particular legislation in a briefing with reporters, saying only that they are “heartened” by bipartisan efforts in Congress.

Regulators are also calling for new authority that would give Washington better visibility across the entirety of crypto businesses, including the ability to look at various, seemingly disconnected entities in order to better understand risks and conflicts.

Tweets by @forbesindia
Twitter Blue subscribers getting edit feature
Photo of the day: Gearing up for finale