Raghu Yarlagadda, co-founder of FalconX, on why he feels India can build a truly global crypto system 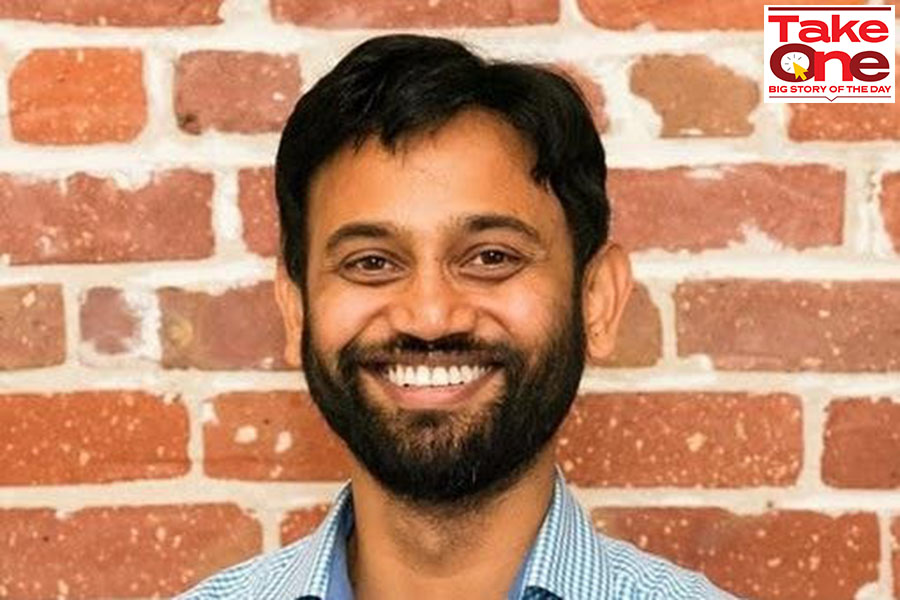 “Is crypto a bubble? And is this bubble about to burst?” When you are talking to an aggressive and enterprising crypto entrepreneur whose maiden venture is valued at $8 billion and has scaled considerably over four years, it’s interesting to start the conversation with the subject of a bubble. Is there a bubble? Raghu Yarlagadda, co-founder and CEO of FalconX, a cryptocurrency brokerage and digital asset trading platform for institutional investors, takes the bull by the horns.

“The future is already here. It's just not evenly distributed,” he says, alluding to a quote attributed to influential American speculative fiction writer William Gibson. Crypto, too, has a similar story, reckons Yarlagadda, whose San Francisco- based venture recently scooped up $150 million in Series D round and more than doubled its valuation to $8 billion in just 10 months.

As a lot of wealth is migrating from Baby Boomers to Millennials, and they think about money differently. They not only want a yield in an economy that's inflating, but are also looking for entertainment from finance. “The Gamestop Saga is an indication that there is activism and entertainment with finance, which is a completely new concept,” he underlines, adding the traditional financial system is not cut out to meet the needs of the millennials.

While conceding there are some aspects of crypto which are frothy, Yarlagadda maintains it would get corrected in the future. “Any innovation in the early days is messy. Some froth will be corrected as it becomes more mainstream,” he says in an exclusive interview with Forbes India. Edited excerpts:

On why regulation in digital assets is crucial

Regulation helps in mass adoption, and without regulation it's not possible to think of mass adoption. What is happening with blockchain is something similar to what happened with the internet. It’s following a similar path and trajectory. When it all started, it was an untamed ‘beast’, was not that regulated and it fostered tremendous innovation. But as it passed the tipping point, a lot of institutions wanted it to be regulated. Ditto for crypto. Governments are looking at this very seriously, and they want to regulate it. Now, once that happens, the ‘beast’ will change. It's not going to be the land of cowboys as it was three years ago. And that's a good thing.

On market correction and business ‘fundamentals’

When the market is going through a corrective phase, what it means is that a lot of investors are now looking for value. And what is the value? From the beginning of business history, there is one thing which has been a constant: You got to have revenues, and you got to have profits. If you don’t have profits, it's very difficult to justify any massive valuation that you have got.

Since the beginning of history, three ingredients are extremely important: Sound business fundamentals, unit economics, growth paired with profits. Ultimately, when a market gets into a risk-off mode or a value-hunt mode, the companies generating good revenues and profits will actually leapfrog in becoming bigger and better. The market will consolidate, and the winners will become bigger and better.

On a flurry of unicorns across the globe

Yes, we have had a massive run of unicorns across the world, and in India. Now, if you look at it, there are two aspects. One is, some of these companies might not have very strong business fundamentals. They probably raised a little bit with the tide. But a lot of these companies are actually disrupting a traditional model. And one of the things that I'm excited about in India is financial inclusion. This is one place where statistically India is ahead of China, Germany and South Africa. Look at UPI, it is a phenomenal mode for payments. It's, in fact, much more advanced compared to many developed countries. Now, for the first time, the market chain is moving from traditional incumbents to some of the newer tech companies.

Yeah, I agree that a rising tide lifted all boats, and there are some boats which are not built robustly and will inevitably go through a period of correction. But I do think that this number is smaller than what people are expecting in the so-called ‘winter’ primarily because there are massive megatrends of how millennials are thinking about interacting with financial services, how the technology is making things online, and the delivery ecosystem.

On venture money pouring into crypto

When billions of venture capital come into crypto technologies and digital assets, one of the first things that it does is to educate the market. In the US, for the first time in the Super Bowl, the most expensive real estate of advertisements, there were a sizeable number of crypto ads for the first time. And what that does is that it creates a market education. Now, whether it's an exchange or a brokerage, understanding of this at the user-centric level is probably not required. What is more important is the education around what are digital assets, and what is the utility of digital assets.

The combination of English-speaking population, a large democracy which is conducive for digital assets, and not banning such assets, and voracious appetite for financial inclusion is what puts India in a good place. These three intersecting forces of the vectors give a tremendous opportunity for India to actually make something as profound as what it did with outsourcing 10 or 20 years back. India can truly build global crypto systems. And I hope we use that opportunity to truly build a global system.

Tweets by @forbesindia
Hong Kong: 25 years on from British to Chinese handover
Russia fails to pay debt but denies it defaulted