Etsy and the sameness of Internet fights 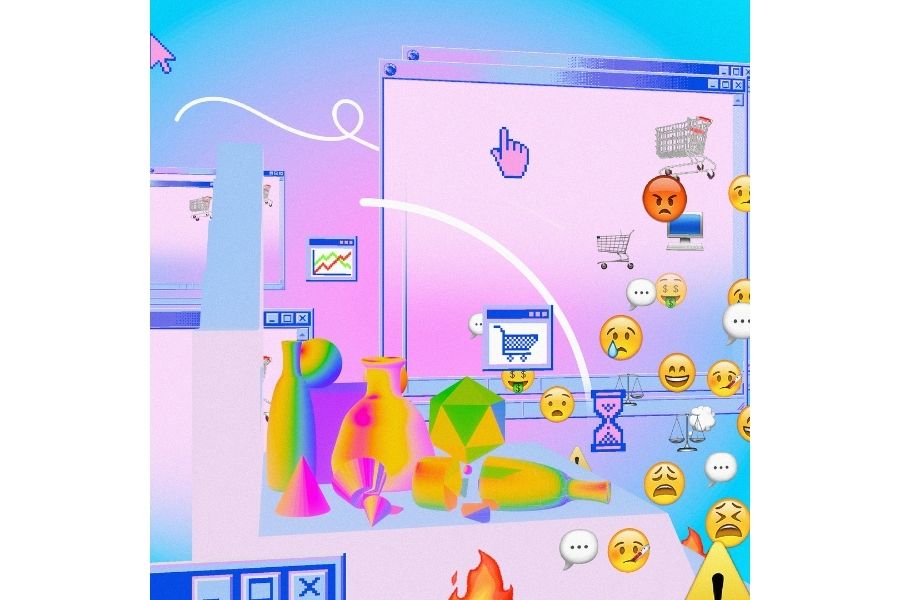 Thousands of people who sell goods on Etsy are going on strike to protest the company’s climbing fees — and what seems to be a fight over a small corner of the internet is really one of the most enduring battles over our digital world.  Image: Víctor Arce/The New York Times

This week, thousands of people who sell goods on Etsy are going on strike to protest the company’s climbing fees. And what seems to be a fight over a small corner of the internet is really one of the most enduring battles over our digital world.
Etsy is one of the zillion internet businesses that bring together people with something to sell and those who might be interested in taking them up on the offer. For their role connecting the two sides, these middlemen collect a fee that might be 15% to 30% of each sale. (Etsy charges much less.)
Techies call these marketplaces, and they are everywhere. Most of Amazon’s e-commerce sales come from fees that the company charges the independent merchants whose cat toys and phone chargers we find and purchase on Amazon. Apple’s app store, Airbnb, restaurant delivery apps and Uber are also marketplaces that match customers with people offering apps, homes for rent, restaurant meals or a ride to the airport.
It is a constant of the digital world that these middlemen are hated by the people and businesses that rely on them. Almost always, at least some app developers, restaurants, Etsy dog portrait creators, Substack newsletter writers and other marketplace sellers believe that the fees are too high, the rules aren’t fair, they’re being mistreated — or all of the above.
It’s possible that these conflicts are inevitable. In 2022, running your own business almost always means leaning on tech middlemen that make your business possible but can also make it harder.
Look, I want to acknowledge that in this Etsy dispute — as with Apple developers’ fury at the company and Amazon merchants’ unhappiness with selling on the vast digital mall — both sides have a point.
It’s undeniable that Etsy, Amazon and Apple do a lot of work for the people who sell stuff through them. Without Etsy, people who make dog portraits would have to try to set up their own websites or stores and hunt for customers on their own, and deal with tasks like processing credit cards and providing customer service.
Etsy does all that for them, in return for a fee that is increasing to 6.5 cents on each dollar of sales from what has been 5 cents. The merchants who are fighting Etsy have other disagreements with the company, too, including that it effectively punishes solo business owners if they can’t reply right away to potential customers and that the company requires sellers to pay to advertise their products on sites like Google, Pinterest and Facebook that nibble more into their income.
Etsy has said that some of the company’s approaches might be unpopular right now but that they will benefit sellers in the long run.
Sometimes those gripes can feel whiny or abstract to us, but put yourself in the shoes of those Etsy sellers, the restaurants selling food through the Grubhub app or businesses making apps for iPhones.
They love being able to find a bunch of customers in one place but might resent that Etsy, Grubhub and Apple dictate so much of how they conduct their business, take a big chunk of their money and grow more powerful off their work.
These disagreements reverberate into the prices that we pay, and they are high stakes for the millions of people trying to make a living from doing what they love.
One question that always gets asked about disputes over marketplaces is what is a fair fee for them to charge people offering an Uber ride or selling a dog portrait. But I also wonder if the imaginative technology industry hasn’t been imaginative enough about hunting for alternative ways of making money.
Almost all marketplaces charge a commission and often other fees when we buy something. Even in the metaverse, apparently, companies will still make money by collecting a commission from the people selling virtual reality doodads. Is there another way, and would it be better?
A couple of years ago, an investment analyst with Goldman Sachs suggested that rather than fighting developers who might resent paying up to 30% on the sales of a digital weapon in an iPhone game, Apple could recoup its costs for supporting the app economy in a different way. The analyst, Rod Hall, proposed that developers instead pay for some or all of the Apple technologies that developers use to create iPhone apps and distribute them.
That approach definitely would create a whole new set of problems. And it doesn’t address the complaint of iPhone developers or those protesting Etsy sellers that love having one central place to sell their stuff but hate the ways those marketplaces have so much power over how they run their businesses.
There are no magical balms for the internet’s enduring fights over middlemen like Apple and Etsy. But I appreciated Hall’s attempt to reimagine how marketplaces earn income. It feels as if we could use more experiments to try to bring peace to one of the internet’s most enduring disputes.