Marc Faber: Climate for business in India is yet to improve 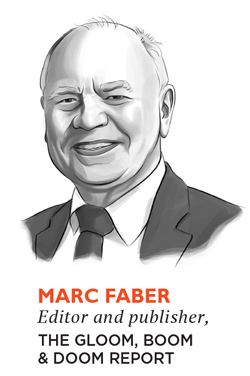 India is in the midst of change. One of the biggest successes India has had, compared to other nations, is that the stock markets have risen and the currency has been stable. This has less to do with Prime Minister Narendra Modi and more to do with its central bank governor Raghuram Rajan, who, I think, is the best central banker in the world.

But there has been opposition to reforms being carried out in India. The number one priority for PM Modi should be to reduce bureaucracy. Compare the situation to China where its president Xi Jinping had absolute power: He could clean up the system if he wanted to and also had the ability to do so.

Modi, however, is more like the US president. His powers are limited by the Opposition. In India, reforms have been carried out in defence, insurance and the property market, but the country has a long way to go. The climate for business is yet to improve.

Industrialists and businessmen are starting to express a bit of unease [at the pace of reforms]. There are serious question marks about growth, whether it is freight traffic or electricity production, compared with the higher growth rates of 2006-07. Sales growth and industrial production data has been poor; auto production has been down compared with 2006-07. Overall economic growth is not near the 7.5 percent which the government has been projecting.

If China and India grow by 5 to 7 percent each year, it will be fine as this is better than what the US and UK can achieve.

The Modi government presented a sensible budget that had good things related to investment in infrastructure [tax-free bonds for infrastructure]. It also made some interesting fiscal changes to how the Centre and states should organise their finances. There were strong things relating to the impact of tax avoidance. 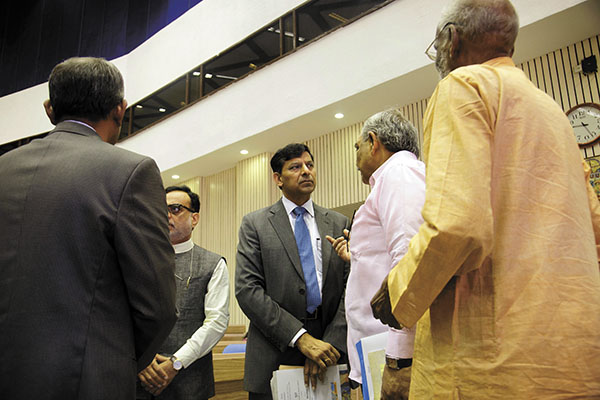 But there wasn’t any ‘big picture’ vision move and for that, the government has been criticised a bit. This does not make sense as criticism: India needs to fix the fixable. There was a statement regarding the implementation of Goods and Services Tax (GST) from April 2016, but it had few details. However, we will see what the details are, and the fiscal changes make more sense if you assume GST will happen.

To achieve meaningful growth, India has to curtail the power of bureaucracy. I had applied for a visa to come to India in January this year, but was refused one. They said that because I am the chairman of the India Capital Fund [an overseas fund headquartered in Mauritius], I should apply for a business visa. But I was coming here as a tourist.

India has the right intentions to simplify the ease of doing business. But if you look at the numbers, India is not high up there. [India was ranked 142 out of 189 countries by the World Bank Group in 2015.]

Most economists are of the view that India should lower interest rates, but I disagree. Rajan’s priority should be currency stability. Once India can prove that the country has a strong rupee policy, it will automatically boost production and investments. The rupee had weakened in the previous years, which made it easy for exporters to make money. But with a strong rupee, companies will become more productive.

I came to India in 1973 and went to China later, including Shanghai in 1990. There was nothing there at that point of time. If you look at Mumbai today and compare its infrastructure with that in Singapore, Hong Kong or even Bangkok, it has lagged behind. The infrastructure has improved, but too slowly. The state of roads and railways today is still very poor. India tends to build new roads when the old roads cannot handle the traffic. And by the time new roads come up, the traffic increases so much that they do not serve their purpose. 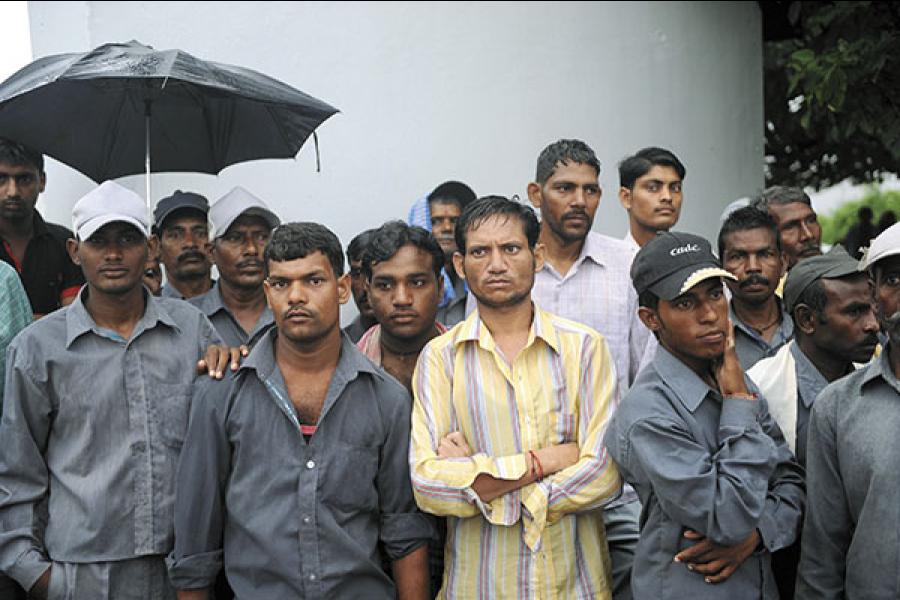 Image: Getty Images
Jobskeers wait outside the Maruti Suzuki Production Facility in Manesar, about 56 kms from New Delhi, on August 21, 2012 when the country’s top carmaker restarted production at the violence-hit plant, putting an end to a month-long lock-out after a riot left a manager dead and 96 injured. India’s restrictive labour laws are a big impediment to growth

Capital market growth has been positive in 2014-15, with a dollar terms growth of around 25 percent. The India Capital Fund rose by 48 percent because it had large exposure to the financial sector. I was positive on India in 2013 because I was confident that it would rally once the new government came to power. In the next five to 10 years, I think I will make more money from Indian markets than the US.

But some Indian stock valuations are stretched by more than 50 percent. A 20 percent correction in India’s stock markets will not surprise me. But I am not going to sell; it is something I can live with. If you had told me that the markets would correct by 50 percent, then I would have sold some stocks and bought back later.

In terms of sectors, India’s consumption sector looks good but some valuations are high. Companies which provide services to the infrastructure sector look attractive. I am also bullish about the banking sector—both private and public. If Modi is serious about reforms, he will have to ensure that state banks operate like some private banks and fare even better.

A few prominent economists are critical about India’s [real] growth rate and Rajan, but they are bullish about the stock markets. I am not sure whether India will perform well, if you compare it to China A Shares.

We are in the midst of a global liquidity bubble where hedge funds and wealthy investors can easily shift funds from one corner of the world to another and move markets. This year, the US market has disappointed the most while European markets and Japan have fared much better. We don’t know where the liquidity bubble will shift next.

Most forecasts show that emerging markets are likely to fare negatively. I have been telling my clients that the growth of emerging markets has slowed down, including in China, and will continue to do so. But I am still of the view that if China and India try to grow by 5 percent, it would be a lot better than trying to reach unachievable targets.

Most economists believe that Rajan needs to cut rates, but I am not sure if that is what he should do. He may do it because he is under pressure. But he should concentrate on currency stability and a moderate monetary policy. I personally think he has done a great job. He has dared to criticise the US Federal Reserve; he should get a medal for that.

Regarding the PM, I think, given the difficult circumstances in which he has to run a country like India, he is doing a good job. Singapore’s late founding father Lee Kuan Yew, when he took charge, had to manage two million people. India has over 1.2 billion, with religious tensions, a powerful Opposition and where there are often vested interests which stand to benefit if they control policy and decision-making.

Besides GST reform—which will have a positive impact on India’s fiscal position and reduce the friction costs of state tariffs—the two big new laws I would like to see are the Land Acquisition Bill, passed and fully and fairly implemented, and a new Labour Law.

The Land Bill will allow factories and infrastructure projects to go ahead faster. At the moment, there is a complex process that most parties in such a land transaction are not happy with.

Besides the Land Bill, the other big impediments to growth and expansion are the very restrictive labour laws; it is very hard to fire people and labour regulations are both complex and inflexible. This is a harder thing to change, as there are many interests active in keeping the status quo.

If we see these two laws implemented, we can be more certain about a positive future for India. India has the largest and youngest labour force in the world and a cheap one, especially compared to China, and which also speaks ‘OK English’. Which company in the world would then not want to have some of its operations there?

But if India cannot achieve these two [goals], I think it will have to wait longer for the future that has been promised to them so many times by their politicians. But the future belongs to those with a young and energetic population: India has that more than anywhere else. Few other countries do.

(As told to Salil Panchal)

Tweets by @forbesindia
Through the lens: Our best photos of the past year
Nigel Harris: The key is a bold, new trade strategy for India