Nigel Harris: The key is a bold, new trade strategy for India

Globally, decisions about where to locate new auto investments are being taken now, and there is no reason why India cannot signal its intent to attract its share of this expanding industry 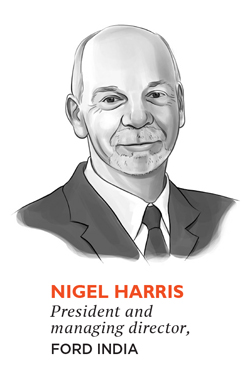 It’s been a year since the 2014 general elections and there is much to be optimistic about in India. With the projected pace of growth expected to surpass China’s for the first time since the 1990s, and critical reforms underway, many believe, including the Ford team, that the Indian economy’s time has come.

In its first year the government has focussed on tackling key roadblocks to economic growth, including reforms in land, energy, power, and divestment of state-owned enterprises. The government’s focus on policy changes include raising FDI in critical sectors, launching new investments in public infrastructure and improving the ease of doing business. All of these actions have begun to raise both business expectations and investor confidence.

Reforms that caught the attention of businesses include announcements to implement the Goods & Services Tax and reform critical trade facilitation rules. These actions chart a fundamentally new course for how business will be done in India, and improve efficiencies across the board.

There has also been a sharp focus on manufacturing in India as a driver to create jobs through the ‘Make in India’ campaign. No other sector can deliver the jobs that an expanding auto sector can, and Prime Minister Narendra Modi has shown real intent to encourage and expand Indian auto manufacturing and exports. We have seen what is possible during the development of our newest plant in Gujarat, and much earlier with our first plant in Tamil Nadu.

At Ford, we share the government’s vision and we are steadfast in playing our part in placing the country on the global manufacturing map. To do this there is a tremendous opportunity on our doorstep: The global auto industry is undergoing an unprecedented expansion to meet new demand. Global auto production is set to expand from about 86 million vehicles per year in 2014 to more than 100 million units before 2020. The decisions about where to locate these new auto investments are being taken now and there is no reason why India cannot signal its intent to attract its share of this expanding auto industry. 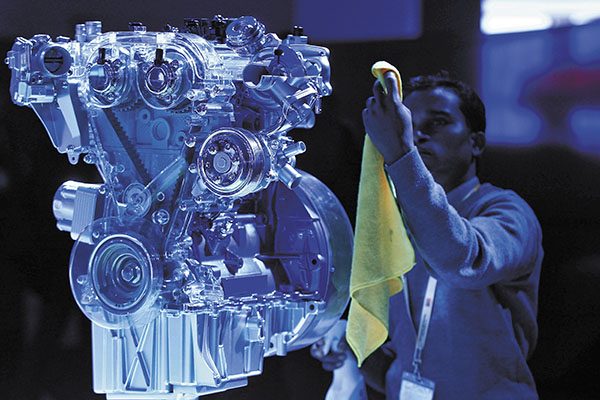 Images: Anindito Mukherjee / Reuters
A Ford engine on display at the Auto Expo in Greater Noida in February. For the auto sector, it should be ‘Make in India for the world’

Critical to realising this expansion is setting a course for India to become a global export hub for vehicles. Building cars in India for customers around the world means ‘Make in India’ in the auto sector needs to be understood as ‘Make in India for the world’. We have said before that one of the keys to a vibrant future for India is a bold new trade strategy that would bring millions of more consumers for India-made goods and services.

There is no doubt in our minds at Ford that India is on a new course, and it all started with voters choosing a new government last year. There remains a lot of work to be done to deliver on the announced reforms and this will be the real proof that India is moving towards the dream that its citizens voted for.

Tweets by @forbesindia
Marc Faber: Climate for business in India is yet to improve
Rahul Sharma: Coming up, a tightrope walk for the govt