Rahul Sharma: Coming up, a tightrope walk for the govt

To satisfy the twin objectives of inflation control and upward growth rate, the government will have to increase confidence in the economy 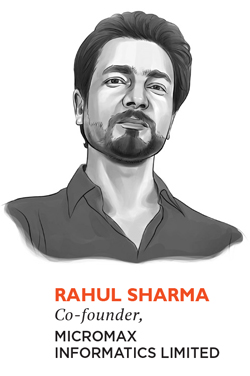 The India story stands in the realm of opportunity. In the past few months, the country has fortuitously entered a sweet spot as growth rebounded, inflation declined and external accounts like oil prices came under control. Subsequently, there has been a lot of positivity built around the India growth story and the country seems to be poised to enjoy another spurt. The government is making a concerted effort to ‘listen’ to the stakeholders and its sincere approach to problem solving with growth, competitiveness, inclusiveness and realism is highly admirable. However, the government should seize the day. And to convert this positive sentiment into tangible reality, we need it to institute the right set of reforms that would set India on a virtuous cycle of growth.

The next four years are pivotal for India’s growth story as they will reinvigorate the economy, kickstart the investment cycle and maintain fiscal prudence. It is heartening to see that the government is high on big ideas but there has to be some clarity on the processes involved, especially with respect to fiscal consolidation, gross capital formation, etc. Satisfying the twin objectives of inflation monitoring and having a positive growth rate requires a tightrope walk which the government must diligently embark on in the next few years. The government should focus on growth, education and infrastructure enhancement, including digital infrastructure like access, backhaul and storage. Progress in these areas is likely to have a dual impact of increasing confidence in the economy while raising the potential rate of growth.

At present, India is ranked 142nd out of 189 countries in terms of how easy it is to get things done as a business, down from its 140th place in 2014. PM Narendra Modi’s ‘Make in India’ campaign is a great opportunity to solve this looming issue, given India’s disposition to address the supply side economics and create employment. India can surely take the lead in the manufacturing sector, given that the government would undertake next-generation tax reforms for businesses planning to make in India; it would also start a line item-by-line item cost and policy comparison, including IPRs, with China and other competing countries. In addition to this, some specific and targeted progressive policies with support for exports can help growth in the manufacturing sector touch double digits while alleviating some supply-side bottlenecks. It is also imperative for the corporate sector to work with the government to ensure we create a robust ecosystem for India to become a manufacturing hub in the true sense. 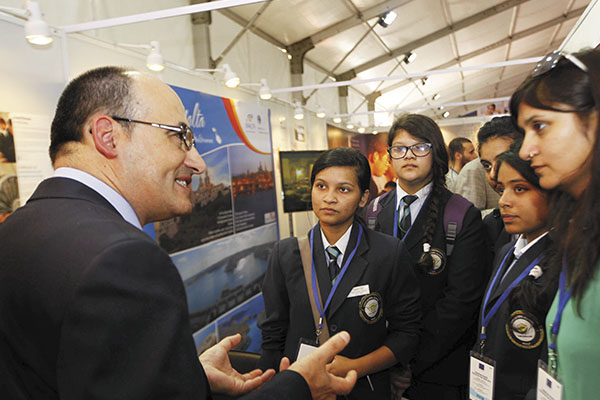 There is a dire need to reinvent India’s higher education. We have a very large young population, yet, out of the total number of people who should pursue higher education, only 18 percent actually do so. We must drastically improve the quality and capacity of higher education through better collaboration between industry and academia, leveraging technology, public-private partnerships, and stronger role of state governments in higher education.

The government must pay due attention to strengthening the data centre infrastructure in the country. For instance, SEZs for data centre operations would reduce the cost of running these centres within India, which, in turn, would provide relief to smaller companies who currently need to run their operations from international centres due to cost considerations.

While our prime minister has been talking about Digital India for quite some time now, at a holistic level, the government needs to pay utmost attention to strengthening the overall internet infrastructure. This includes focusing on the rural broadband strategy, supporting net neutrality, enhancing our mobile internet infrastructure, increasing the reliability, security and speed of the web, etc. Steps have already been taken in this regard, but there is still scope for a lot of improvement.

As a pivotal step towards bringing more accountability to all the ideas and promises, it would be great if we see ‘Promise 2019’ with the metrics to measure performance versus promise (for example, mw of generation capacity added, km of national highways constructed, etc). The government should then publish regular and transparent annual updates against these plans so that every function of the government is clearly held accountable to fulfil its promises.

In the real sense, these new sets of reforms and the enthusiasm in the markets can lead India towards attaining the desired 8 to 9 percent GDP growth in the next four years.

People have put their faith in the new government, and given the high expectations of success it has now become imperative for it to deliver in order to sustain the growth momentum. If we are able to put all of this together, we could very well say, ‘It is India’s time to fly’.