Erratic rains, climate change and a growing population are putting pressure on a farming economy that needs a boost from technology 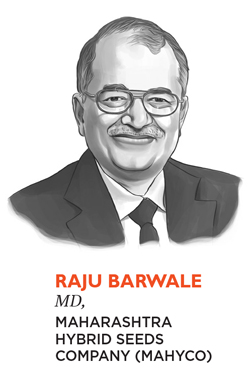 India has achieved many milestones in agriculture in the last decade. It witnessed a record-level production of food grains of more than 260 million metric tonnes (mt) in 2013, and accounts for an increased share in global agricultural exports with more than $39 billion earned in 2013. We have also become global leaders in the production of milk, cotton, fruits and vegetables.

While we are proud of these achievements, which highlight the resilience of Indian agriculture, we are facing some severe challenges that impact our ability to not only sustain our current production levels, but also meet our future needs.

India’s growing population and changing per capita income is putting pressure on the country’s agricultural production needs, both in composition and quantity. It is estimated that we will need 345 million mt of foodgrains—apart from more fruits, vegetables and complex proteins of animal and vegetable origin—by 2030.

Adding to the above challenge is land degradation, caused by a number of factors, which impacts crop yield. According to a 2009 report published by the Ministry of Environment and Forests, the major causes of land degradation are erosion by water and wind, and soil salinity. Our current cultivable land of 160 million hectares will see a gradual reduction in the productive cultivable component if the status quo is maintained and no urgent measures are undertaken to stop the decline.

Another problem is diminishing manpower. The workforce employed in agriculture has reduced from 60 to 49 percent of the population in 2012, and is expected to reduce further to 41 percent by 2019-20. This is because of growth in other sectors that offer higher wages and other benefits. This has not only made labour cost the biggest factor in crop production for most produce, but has also impacted labour-intensive seasonal operations.

While India has achieved self-sufficiency in food grain production through the Green Revolution, we are still the largest importers of edible oil and pulses in the world. Our domestic production is severely lagging behind the growing demand, and our annual import bill is about Rs 75,000 crore.

One of the biggest challenges India faces today is climate change, which can impact agricultural production seriously. Both crops and farmers in some region or the other are being affected by the unpredictable monsoon and erratic rainfall. With more than 60 percent dependence on the monsoon for cultivation, irregular rain patterns will be a major uncertainty.

The conundrum of producing more with fewer inputs can be resolved only by applying technological solutions as evidenced by the success of the Green Revolution, and, more recently, Bt cotton and other advances in agronomy and mechanisation. Time and again, inventions and innovations have impacted agriculture in a positive manner. A one-of-its-kind game changer was witnessed in the 1960s through the Green Revolution.

Dwarf Mexican wheat and high-yielding varieties of rice, coupled with improved inputs, catapulted India into the league of the world’s leading grain producers with more than 130 million mt in the late ’70s from a mere 50 million mt in the early ’60s.

Another example of successful technology introduction in the last decade is that of Bt cotton, which provides inbuilt tolerance to the bollworm complex. It is India’s first and, so far, only biotech crop. Since the introduction of Bt cotton in 2002, both the area and productivity have grown, making India the largest producer of cotton in the world. The Cotton Advisory Board estimates that our production reached 39 million bales for the last crop year from 13.6 million bales in 2002. Lint productivity per hectare exceeded 500 kg from a low of 300 kg. With the introduction of Bt cotton India has moved from being an importer to a net exporter. 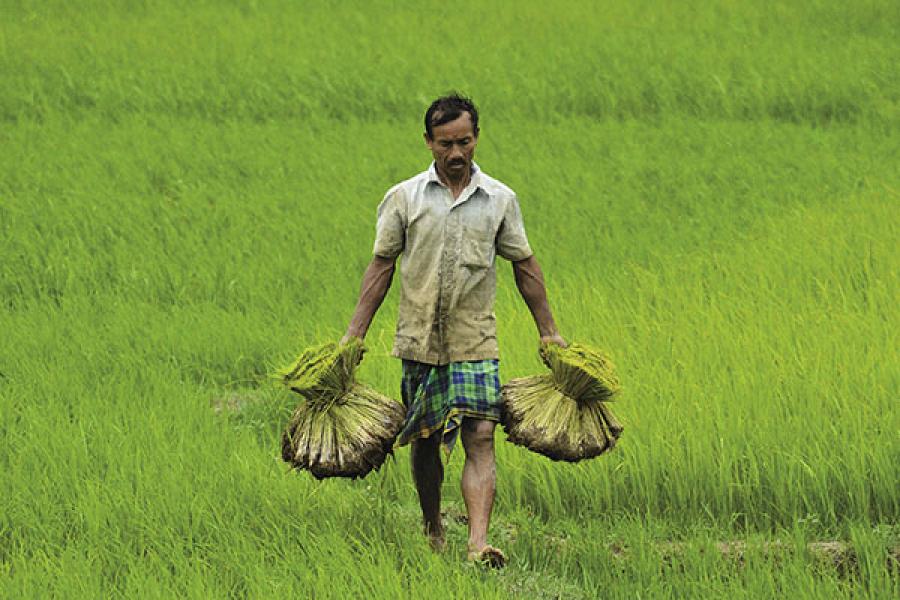 While we need to apply all available technologies, crop biotechnology holds the visible promise of providing solutions to many of the challenges. For instance, water use efficient crops deployed successfully can help to produce more with less water. Similarly, salt tolerance technology for growing crops in saline or alkaline soils will be of immense value to Indian agriculture.

Several of such crop biotech research-led initiatives can help improve productivity in oilseeds and pulses, and thereby minimise, if not eliminate, our need to rely on imports.

In the past, the applications of science and technology to overcome challenges and produce enough to meet the demands were always facilitated with a supportive policy environment and the same will be needed in the coming decade to meet our future food requirements.

Some key areas include:
Predictable regulatory environment: Crop biotechnology deployment requires products to undergo well-established bio-safety regulatory protocols before large-scale environmental release. In the past, the policy environment, though challenging, was predictable.

In the last few years, however, there has been a cloud of uncertainty surrounding the whole process. There is an urgent need to bring in predictability by adhering to protocol and laying down processes.

Uniform Approach: There needs to be uniformity in understanding the policy at the federal as well as the state levels regarding the process of deregulation and approach to biotechnology. Many states have taken a position of conducting no field trials despite the fact that state universities and central institutes expend significant amounts of taxpayers’ money on agri-biotech research. No research can be taken from lab to land without field trials in agriculture. These hurdles need to be removed by adopting a uniform crop biotech approach, which, if implemented, will be a big facilitator.

Encourage Investment in Research and Development (R&D): Crop biotech research is resource intensive and requires long gestation periods from the laboratory to the farmer’s field. Therefore, there is a need for sustained increase in both public and private sector research spends in this area.

The government has facilitated the same through fiscal incentives in the form of 200 percent weighted deduction for eligible spends. These schemes are slated to ‘sunset’ in the next two fiscal years, and will need to be extended. Further, there is a clear need to bring within the ambit of fiscal incentive all legitimate expenses on R&D including costs of technical manpower and technology access fees, which  can be directly linked to the spends. This is not currently the case.

Facilitate seed pricing based on market forces: It will be good if seed prices are determined by market forces as it will not only help farmers but also the industry and other stakeholders. This will encourage healthy competition; superior seeds and technologies can become available to farmers in a cost-effective manner.

Agriculture needs application of science and technology as much as any other sector in the economy for the nation’s progress. Food security and, therefore, rapid agricultural growth will be critical. Countries winning in agriculture tomorrow will be those who invest today.

Globally, 28 agricultural countries, accounting for 60 percent of the global population, deploy crop bio-technology to address farmers’ welfare and the challenges in farming. This has enabled them to be globally competitive.

Can India as a leading agricultural country afford to ignore that?

Tweets by @forbesindia
Rahul Sharma: Coming up, a tightrope walk for the govt
Ridham Desai: Govt's approach to problem-fixing is impressive