India has everything it needs to be counted among the world's top five economies. All it has to do is use its resources productively 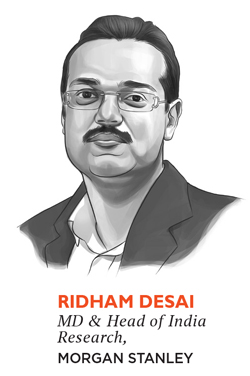 The Narendra Modi-led government inherited two main cyclical issues when it came to power in May 2014—sticky and high consumer price inflation and a plethora of stalled projects. Together, these two issues pushed down India’s growth rate to well below potential. The government’s approach to the economy’s problems has been impressive. It has prioritised problems and gone about fixing them.

However, fixing one of these problems, namely inflation, has meant collateral damage on growth. Inflation expectations have come down not because of falling oil prices—that has only been a small contributor—but because the government compressed spending, curtailed rural wage growth, increased minimum support prices at a fraction of the inflation rate and also proactively supplied food to the market. Indeed, the positive real rate policy of the central bank has worked only because of these explicit actions by the government.

High real rates and falling government- expenditure growth has hurt growth—with greater impact on rural India. FY2015 ended with the lowest government expenditure growth in more than a decade. This has hurt growth and corporate earnings performance, giving rise to the widespread notion that nothing has changed on the ground. However, such a feeling is not supported by the evidence on inflation, fiscal deficit, quantum of stalled projects, infrastructure spending, pace of law making and the global optimism about India’s medium-term future. Hence, some things have certainly changed over the past year. Here is our attempt to summarise them:

a) Credibility has been restored on the fiscal front. By meeting the fiscal target through incessant government-expenditure reduction, India is once again on the path of fiscal consolidation. It is not just the level of the deficit but also the shift in the quality of government expenditure which should be listed as one of the government’s achievements.

b) Due to this expenditure control, as well as an overhaul of the NREGA scheme and active positive intervention in the food market, consumer prices are now on a predictable disinflation path. This is just what is needed for India’s growth to recover to trend.

d) Government capex has taken off. Again, along with inflation, this change in government expenditure mix is essential to set the stage for a new growth cycle. Thus, new investment projects for the past four quarters have totalled Rs 10,01,000 crore, almost double of what the number was at the end of March 2014 (Rs 5,46,200 crore).

e) Law making is back on track, evidenced by the remarkable rise in the productivity of Parliament as well as the numerous new reform-oriented laws passed. In the three sessions since the Modi government took over, Parliament has registered 91 percent productivity with the Upper House doing 89 percent. This is a reflection of the government’s intent rather than just its numbers in the Houses.

f) Finally, optimism is up. Sentiment is crucial to investment decisions and hence, boosting the outlook for the future is a critical ingredient to growth. It is visible in FDI flows as well as in stock market multiples. Gross FDI inflows rose to $45.4 billion in the 12 months ended January 2015 (up 33 percent year-on-year), which is very close to the all-time high of $46.5 billion for the 12 months ended March 2012. The stock market capitalisation had dropped to 60 percent of GDP in 2013, but is now at 80 percent, reflecting greater confidence in India’s medium-term earnings growth recovery.

Of course, not everything has gone smoothly. State-owned banks look crippled post the down cycle and subsequent loan losses. The government seems to be averse to material budgetary support to capitalise the banks and the banks appear to have limited access to the capital markets. Without capital, the ability of state-owned banks to participate in the next credit growth cycle may be impeded; given their aggregate size, they could even stunt credit growth. Clearly, soon a strategy for PSU banks will become imperative. 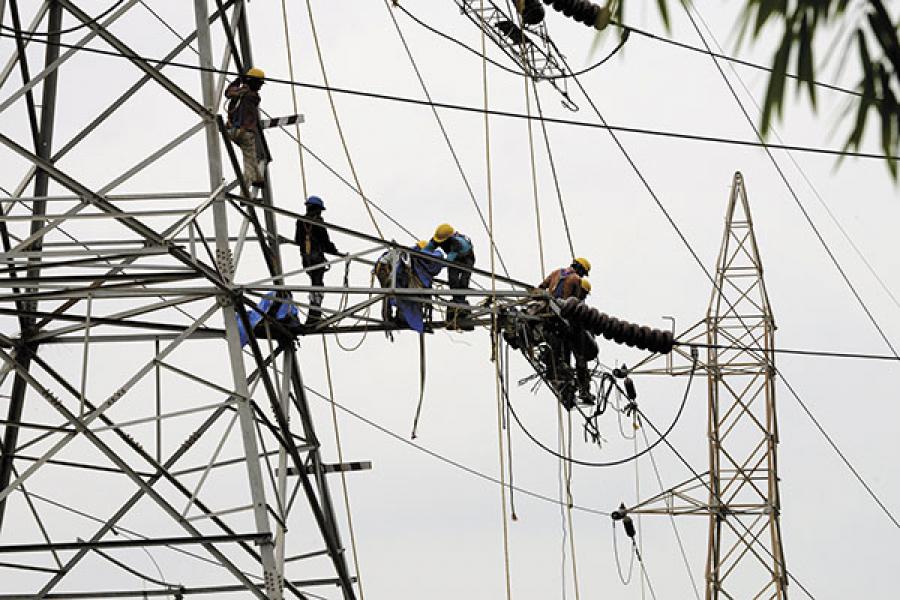 The Road Ahead
The government has done most of the cyclical work and now the economy is likely to bear the fruits. The major risks are that the rupee persists in overvalued territory, the undercapitalised state-owned banks impede the next credit cycle and the world slips into a deflation scare. However, there is still a lot of work to do in the medium term. We list some of the reforms we feel are crucial to make India an economic powerhouse:
Fiscal consolidation and tax reforms: The primary deficit needs to ultimately go away because the government cannot be borrowing to pay interest costs on old debt (this is known as a debt trap). The primary deficit for next year is budgeted at 0.7 percent, materially down from its peak of 3.1 percent in FY2010. The country needs a simplified direct tax code (already promised by the finance minister but we await execution) and the proposed Goods and Services Tax law has to see the light of day. These tax reforms will not only help the government’s balance sheet but also India’s growth. It is imperative that India does not head into its future with high level of indebtedness since that is a sure way of destroying potential growth.

Infrastructure execution: Again, much work has started in the areas of roads and railways but significant more needs to be done. Urban infrastructure needs a major boost. The major challenge here is to repair the deeply sick electricity sector with its losses running at nearly 1 percent of GDP.

Agriculture: Nearly two-thirds of the country’s workforce is engaged in agriculture, producing about one-sixth of India’s output. This is just not tenable. Productivity needs a major boost, but importantly, India needs to evacuate a large number of people from farm land to industry.

Health and education: India’s demographic advantage can turn into a noose around its neck if its future generation is not healthy and educated. Spending in these areas has been abysmal in the past and execution even worse.

Ease of doing business: This is a complicated area because it entails a shift in mindset—for almost everyone in the system: Politicians, bureaucrats, judges, police and even people at large. Although it’s evolving slowly, it appears to be moving in the right direction. Processes to streamline resource allocation and reduce corruption levels in the country will add to the progress on this front.

Labour laws: This is intricately linked to the ease of doing business. The old thinking was that labour needs protection, the new thinking is that labour needs a safety net. Greater flexibility in hiring and lesser regulatory oversight may lead to more jobs—an imperative for India, given how its workforce could grow in the coming years.

Public sector efficiency: The role of the public sector is often debated but the need for it to be more efficient is not. We think that the government and its companies have a role in the economy. However, this role needs to be played with greater focus on return on capital.

Ultimately, it is all about lifting the productive dynamics. If the incremental capital output ratio is one dimension of the productivity, its poor performance in the 2011 to 2014 period explains a lot of India’s growth problems.

India has all the ingredients to become one of the world’s top five economies and stock markets—favourable demographics, low levels of debt and absence of deflationary pressures. What it needs is to productively use factors of production—land, labour and capital—to generate growth to lift the standard of living of her population. The good news is that several of these medium-term reforms are already on the government’s agenda though some of them are tougher to execute because of political and constitutional challenges. Electricity is one such subject where state-level reform is crucial to the sector’s overall health.

We have witnessed, over the past five or six years, a major shift in the electorate’s priorities—it is increasingly voting for development and growth, and this is leading to a flux in the priorities of the country’s political class.