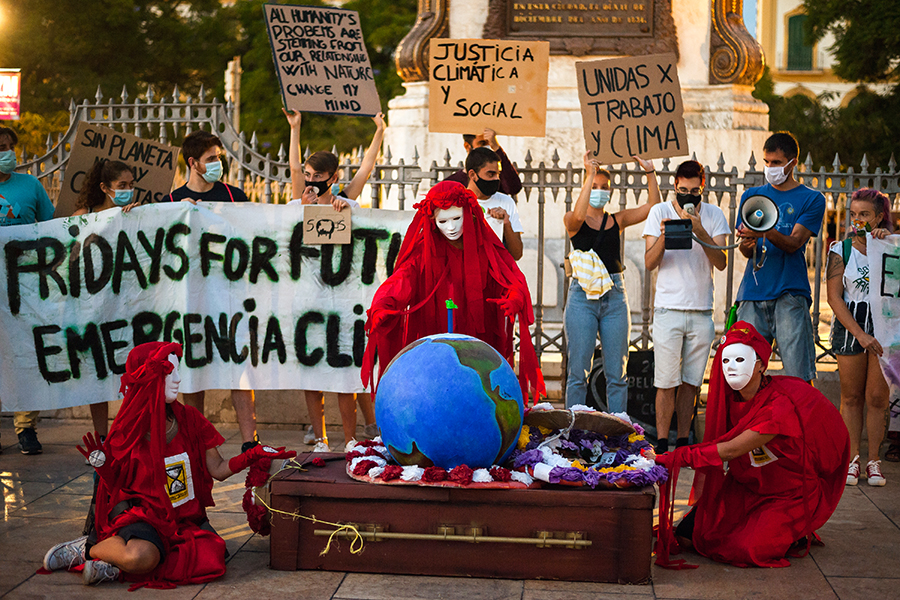 Members of the Extinction Rebellion perform depicting the death of the earth during the demonstration. As part of the Global Week for Future, several ecologist and environmental organisations led by 'Alliance for the Climate' (of them some like Fridays For Future or Extinction Rebellion) took to the streets in a demonstration during the 'Global Climate Strike' to claim measures to fight against climate emergency. A new economic model more sustainable, equitable and based on climate justice would prevent more social inequality, according to principles and demands of the movement.
Image: Jesus Merida/SOPA Images/LightRocket via Getty Images