Photo of the day: No end to Afghan turmoils 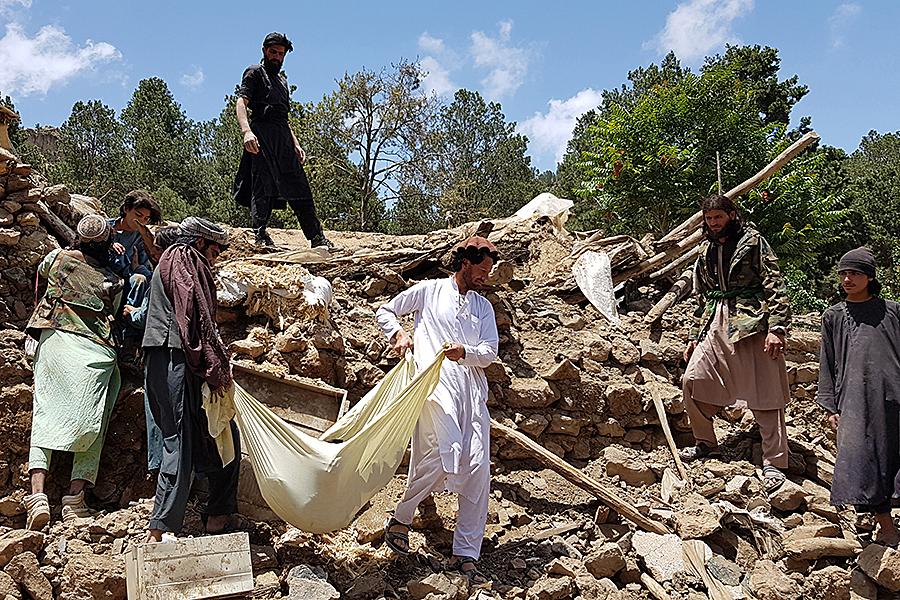 People carry a dead body removed from the debris of a building after a magnitude 6.1 earthquake shook Afghanistan at noon, killed at least 29 people, and injured 62 others in the Spera district of Khost province near Paktika province. According to an estimate, over 1000 people died while around 1500 were insured in Afghanistan on June 22, 2022. The district chief, Sultan Mahmood Ghaznavi, said the quake had destroyed about 500 houses in different parts of the district, adding that they were trying to assist the affected families in Khost.
Image: Sardar Shafaq/Anadolu Agency via Getty Images

Tweets by @forbesindia
It's wartime but it's not a challenge: Byju Raveendran on the future of online learning
Women at work: Can we bridge the gender pay gap once and for all?