Photo of the Day: Perseverance for the win 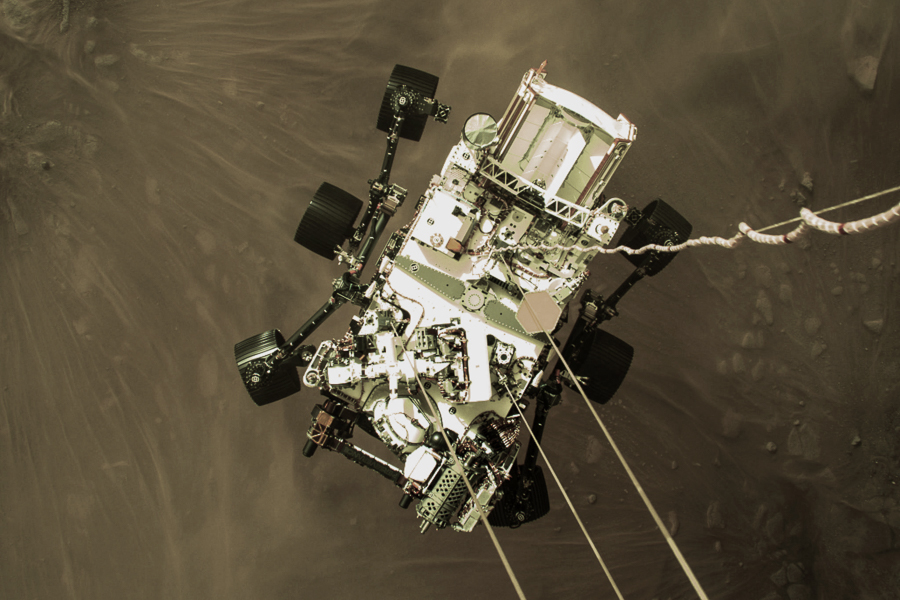 A striking image of the six-wheeled rover Perseverance, dangling from its cable harness just above the surface of Mars moments before a picture-perfect landing. The image was taken at the very end of the so-called "seven-minutes-of-terror" descent sequence that brought the science lab from the top of Mars' atmosphere, traveling at 12,000 miles per hour, to a gentle touchdown on the floor of a vast basin called the Jezero Crater. One of Perseverance's tasks before embarking on its search for signs of microbial life will be to deploy a miniature helicopter it carried to Mars for an unprecedented extraterrestrial test flight.