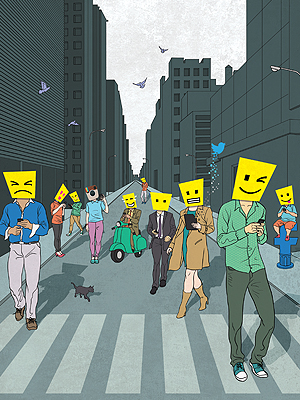 Dining at the L’atelier de Joël Robuchon in Hong Kong is a truly magnificent affair. From the breads made by the in-house bakery to the modern French cuisine prepared in front of you by highly trained chefs, the entire meal is like being part of performance art. My partner and I were gauche enough to signal our appreciation with a series of oohs and aahs. It is impossible not to sigh at the perfection. However, the rest of the room was strangely silent. The peace was broken only by the sound of phone cameras flashing incessantly.

Back home, I stepped out to grab a bite at the lovely Indigo Deli in Colaba. This warmly-lit space is a great place for conversation, albeit a bit noisy. Even then, however, I could hear and see the ubiquitous smartphone everywhere. People were papping their food at every stage. That is when they weren’t taking selfies. Tagging the people they are with. Who immediately clicked on the ‘I heart it’ icon. There was a lot of giggling and excited shoving and pushing and sharing of screen time but, oddly enough, there was very little conversation that didn’t revolve around the theme ‘fun with phone’. As a journalist/writer/naturally overly curious person, I kept straining my ears, hoping to hear an interesting piece of gossip. A point of view. A hint of ideology. A crime of passion. Nothing. All engagement was via an app. Then the penny dropped. This is what passes off as conversation these days. This is conversation.

The affectation that Instagram, Facebook and Twitter are communication has reached epidemic proportions. You get a sense that we are constantly in talks, with the really savvy working the share button with insouciance spreading all over social media like a bad rash. It starts in the morning when you pick up your iPhone, not to phone a friend but to scroll through Facebook to stay connected. The morning after the night before has become all about updates centring around the theme of my wonderful, fabulous, hyperbolic life. Stepped out with friends? They are invariably tagged with their forefingers held up in V for victory. Night spent at home? You congratulate yourself by posting your glass of wine, your book, your bathtub, your meal, the lamps… everything is a virtue. It all depends on the light you shed on it. And if you forgot to have an actual conversation, how does it matter—this false advertising is so much better. It lets you tell a lie without being caught.

But then conversation never bodes any good—ask anyone in a relationship. The phrase “let’s talk” sends shivers down the spine. Good thing that isn’t relevant any more. Now you find out exactly where you stand based on what is posted online. It starts with changing your status from single to ‘in a relationship’. Next you have to post how much you love them on every anniversary—one week, one month, half yearly. Intermittently, you comment on their fabulousness. Build it up to a crescendo that ends with a picture-perfect holiday together. Think photo ops with champagne glasses permanently in the background. Of course, soon after the big break up happens, that heartbreak is documented minute by minute. (I have a theory that the more you indulge in PDA, the more flawed the relationship is. There has to be at least infidelity hiding in the background, if not irreconcilable differences.)

Even cocktail conversation has been destroyed, taken over by the social media monster. Back in the day, telling her she had lost weight was the best way to endear yourself to the hostess. Not any more because it is clearly a lie unless it has been hashtagged and liked at least 123 times. If you haven’t announced your intentions on Facebook and followed it up on Instagram—preferably videos of you lifting weights/in a headstand/doing stomach crunches always in form-fitting workout gear—then it isn’t part of modern-day reality. Forget about the adage ‘I think, therefore I am’. It is all about the symbols, ‘abbrevs’ and over-sharing. For instance, you can no longer ask someone a simple “How are you?” You should know. Currently they are on the #HundredHappyDays challenge and you just rocked their shaky peace by doubting their ability. So what if lining up so many happy days in a row is humanly not possible. You have to fake it to make it.

Conversation used to be about sharing, caring, communicating. Now it is about making other people feel terrible about their life while you bask in your glory. This game of one-upmanship is the modern-day version of keeping up with the Joneses. Even if you find yourself running on empty once you have photoshopped a perfect life into place. The other day on Facebook, I saw a post that talked about how social media is ruining your life. Within minutes it had 500 likes from people who stayed online to lament this loss. When a conversation needs to take a dramatic turn, people now announce a social media detox and then wait around for their friends to ‘like it’ or bemoan their absence. Then they reply to every comment and stick around and wait for some more.

The greatest peril of all this online sharing is something no one talks about: The artificial, heightened sense of intimacy that comes from knowing too much about, well, just about everyone. The lines of reality get blurred and, at some point, you end up thinking you know people you have never met. Some friends of mine bumped into a good friend at a bookstore. They had a long conversation with him and left feeling really connected. Just one small detail disturbed them—he didn’t seem as happy to see them as they were to see him. Much later, the penny dropped. He was a friend of a friend on Facebook. They had never met him, but his posts kept popping up on their friend’s timeline and they ended up with a sense of false acquaintance! A lot of social mores might have changed, but the definition of a stalker/psycho remains the same.

So is this a litany of complaint? Or an all-purpose exercise in sneering? Far from it. Every age communicates differently. What was not allowed then is the norm now. That is a good thing. If we didn’t shake up convention, we would not evolve. This change has a wonderful, softer side to it. The fact that people now feel free to share what they think. At all times.

So what if they tend to err on the side of over-sharing. In the last week, I have seen a meltdown, a break up, a make up, an apology and a eulogy. And this was just one person. But at least he wasn’t alone. Just getting messages from friends or friends of friends from around the world helped him get his act together. Social media actually worked as a self-regulator and the final apology was also laid out for all the people who went along with him on this emotional roller-coaster ride. So download the apps and get with the programme. This new communication is online. And overboard.

Tweets by @forbesindia
In Arctic's pioneer town, It's the survival of the pluckiest
Marlon Brando's kids transform his Island into luxurious 35-villa resort