The filmmaker responds to criticism on The Accidental Prime Minister; says freedom of expression should not be selective 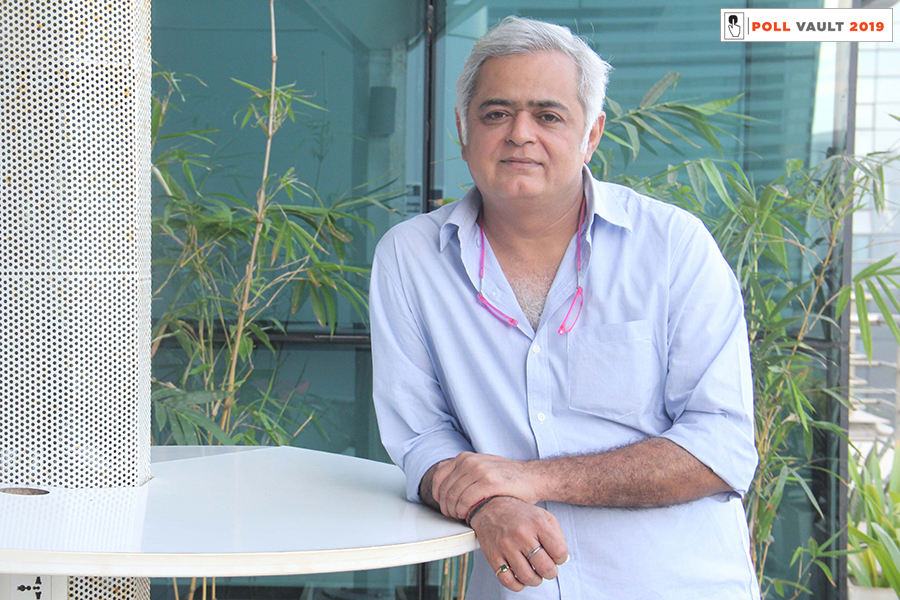 The Accidental Prime Minister, a political biopic on former Prime Minister Manmohan Singh, has faced backlash from critics, being called a one-sided ‘hit job’ on the Congress party, and a propaganda tool ahead of this year’s general elections. This pre-poll season will see a series of political biopics across languages, including movies on late Shiv Sena supremo Bal Thackeray and former Andhra Pradesh Chief Minister NT Rama Rao. Two biopics on Prime Minister Narendra Modi are also in the pipeline, along with a film on late Tamil Nadu Chief Minister J Jayalalithaa.

Hansal Mehta, creative producer of The Accidental Prime Minister and a National Award-winning filmmaker, denies that the film was consciously timed, and speaks to Forbes India about the need for free political opinions, film censorship and dealing with criticism. Edited excerpts:

Q. Is it coincidence or careful strategy that we have so many political biopics releasing ahead of the elections? Are these films handled any differently than other politically-themed films that release year-round?
Nobody makes a film to time it with elections. Those are just marketing ploys. A filmmaker has to tell a story, make a film. Aandhi [1975 film by Gulzar, supposedly on the life of Indira Gandhi, which was banned by the government] was a different time. In today’s times, the fact that political films are being made and released without being stalled or banned is a step in the right direction. Hopefully, something even critical of the ruling dispensation should not be banned.

Political films, by nature, will be critical. They will take sides. We have been making biopics for many years now, and they work because you get a variety of stories that are relatable. The audiences connect to the characters and their world, because these are stories of people who have lived amongst us. But it’s still early days. It has just begun. If more films are made [in this genre], the entire nature of political films we make will be far more mature.

Q. While you say that anti-establishment films must be made and screened, such movies continue to face censorship issues. Like the documentary on Arvind Kejriwal and the Aam Aadmi Party (An Insignificant Man), whose makers battled the censor board for close to a year...
My view is that freedom of expression cannot be one-sided or selective. You cannot let one film pass just because it suits you. If a film that paints the opposition in an unfavourable light is passed, in the same way, people should be free to make films that paint the ruling disposition in a critical light. Every viewpoint must be accommodated. You cannot scuttle a film if it does not suit you.

Q. When you are responsible for making a biopic, especially on contemporary politicians, how do you maintain the balance between art for art’s sake and treading over to making a political statement, or resorting to propaganda?
It varies from filmmaker to filmmaker. If I was directing something, I would not shy away from stating my viewpoint through the characters and the film. But every filmmaker is different. Anand Gandhi has a different approach to, say, a Vivek Agnihotri. But I think that everyone should have a level-playing field and everyone should be allowed to make whatever they want to. An artist should be allowed to speak up.

Q. What is your reaction to some of the negative criticism that The Accidental Prime Minister has been receiving?
I am not the director of the film. I was there to help the producer and the director [debutant Vijay R Gutte] to make the film they wanted. What is important is that the director made exactly the film he wanted to. It’s his debut film. While some of the traditional criticism does come across as very harsh and perhaps prejudiced, I think it’s a learning, a baptism by fire, for the director. All of us have to bear the brunt of criticism as filmmakers, as I have done for many years. If you read and reflected upon what some of the more intelligent reviewers have to say, it’ll only help you make better films.

Q. Is this trend a stepping stone for making more mature political biopics in the future?
Hopefully. Just like you have The Accidental Prime Minister [an adaptation of the eponymous book by Sanjaya Baru, who was the media advisor of Manmohan Singh], The Paradoxical Prime Minister [book on Prime Minister Narendra Modi by Congress leader Shashi Tharoor] should also be made. Every point of view must be represented and openly accepted. This is a litmus test for us. Whether we, as a country, are ready for mature political biopics will be tested only when the ruling dispensation, whoever it is, allows films critical of its administration to pass.

Tweets by @forbesindia
Podcast: Back to the future
Poll apps: Giving power to the people