What are industry leaders hoping the Modi government will address in its first full-fledged Budget? The Forbes India-BMR Pre-Budget CEO Poll has some answers 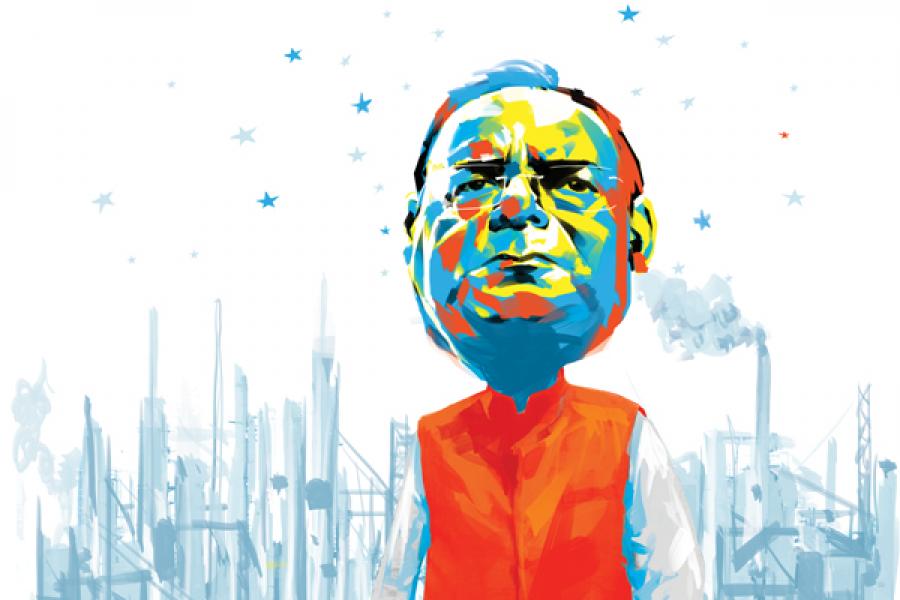 This poll of select indian ceos and CFOs highlights their expectations of accelerated growth of the country’s economy. Conducted in the last fortnight of January 2015, the survey shows that all respondents expect GDP growth to rise above the prevailing 5 percent, with little less than a majority expecting it to exceed 6 percent in 2015-16. (Since the poll was conducted, the government has changed the methodology for calculating GDP. Under the new method, GDP for FY14 is shown as having grown at 6.9 percent, higher than the 4.7 percent under the old method.)

Those surveyed were equally pragmatic and consistent on the challenges that could hinder this growth agenda: Nearly 70 percent of the respondents were worried about the lack of adequate infrastructure; 19 percent were concerned about the lack of educational standards and the low skill levels of workers. External factors such as crude oil prices, however, are expected to favour the Indian economy in the coming months; 52 percent of the respondents also said that geopolitical risks are unlikely to affect investments into India. The challenges, therefore, lie within.

Respondents were asked to prioritise issues that need to be addressed in Budget 2015. Four issues found equal significance: Tax costs and related uncertainties, high interest cost, labour issues as well as land acquisition and related concerns. There are substantial expectations regarding reforms in the tax policy and administration, as a step towards successfully implementing the government’s ‘Make in India’ agenda.

To achieve an expected fiscal deficit of around 3.6 percent in 2015-16, most respondents believed that the budget will need to rationalise subsidies. They also believe that the emphasis for growth will require sectoral thrust: In energy and infrastructure, followed by transportation.

Despite the diversity in respondents—they represent sectors such as energy, telecom, real estate, financial services, banking, retail and automotive—they were consistent in their views on economic trends, growth opportunities and challenges. 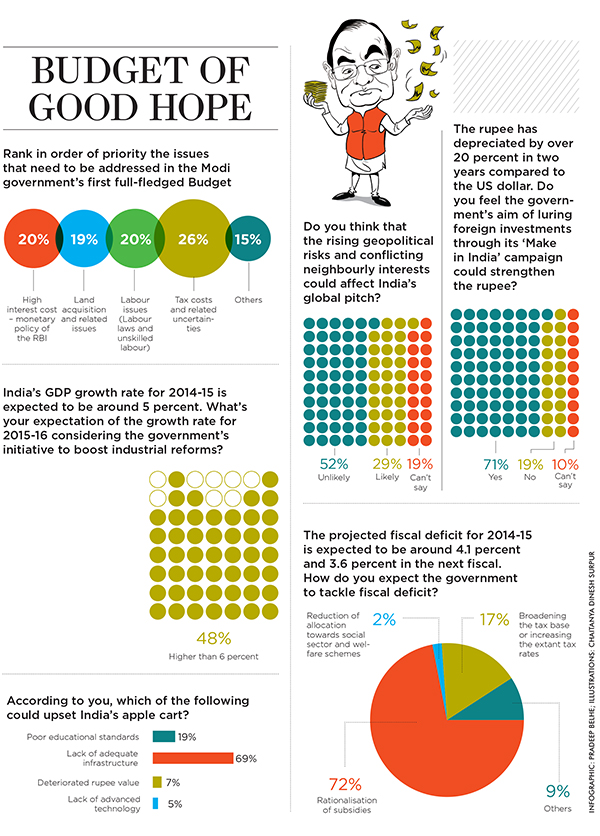 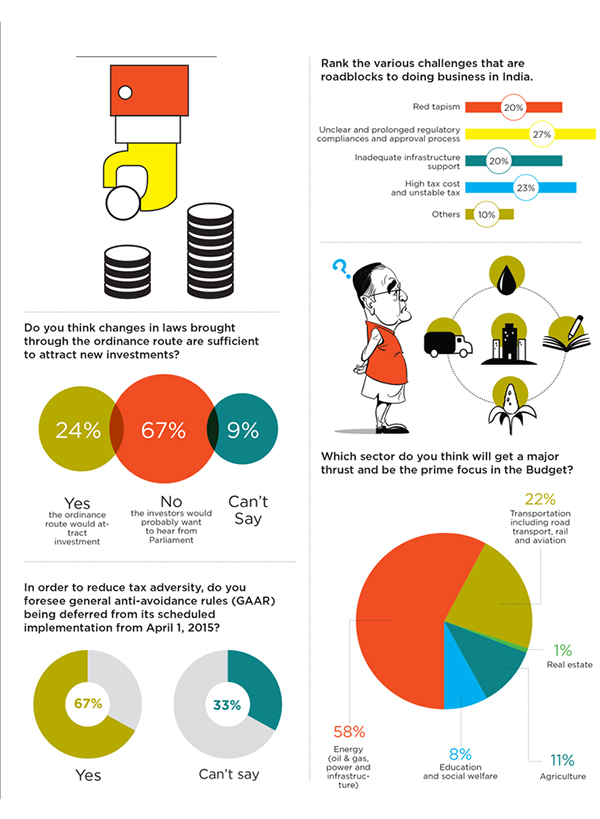 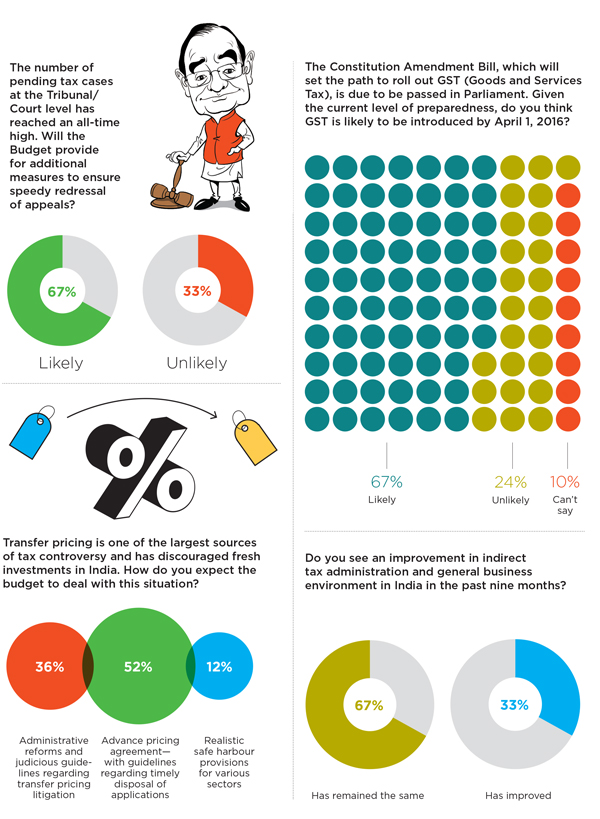 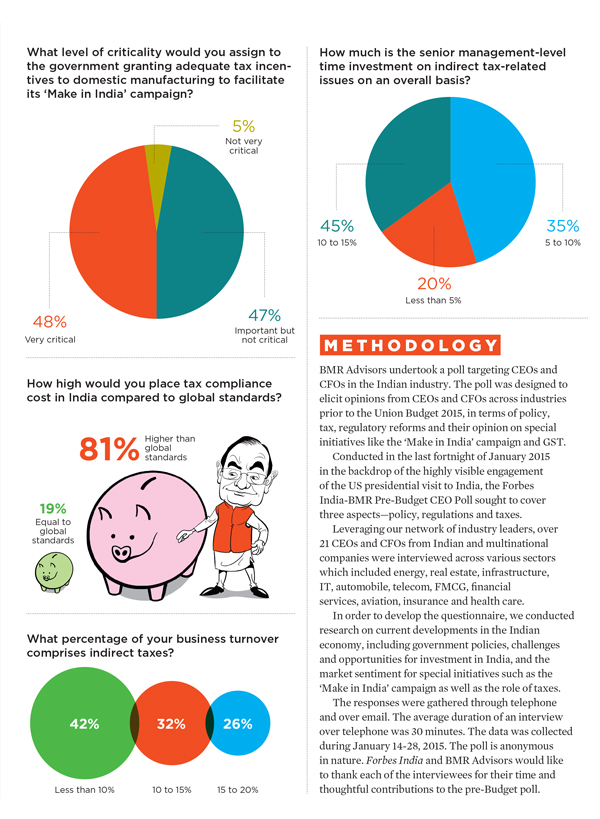