For a multitude of reasons, the FM's first budgetary exercise fell below expectations. But given a clearer vision and a better team, there is hope that his second will prove to be a milestone for the Indian economy 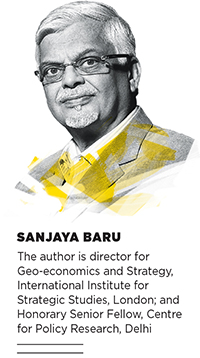 When Union Finance Minister Arun Jaitley assumed charge at North Block last summer, he was widely expected to make a very different kind of budget speech in Parliament than the one he ended up making. Instead of making everyone forget his predecessors, he reminded the listeners of many of them, especially Pranab Mukherjee!

In his second stint in the Union finance ministry, during the second term of the United Progressive Alliance government, Mukherjee was widely criticised for presenting “a very 1980s budget”. A younger Jaitley, it was assumed, would make a more 21st century speech. Alas!

Mr Jaitley’s debut was disappointing and worrying. Disappointing because more was expected of him and also because the speech itself was pedestrian. A blast from the past, full of sectoral promises and exceptions. It ended up being so long that Mr Jaitley was himself exhausted. Worrying because it seemed both the economy and the finance minister were not in good health and Mr Jaitley was not doing enough to take care of either!

Since then, several good things have happened. Most importantly, Mr Jaitley’s health has improved, and one wishes him a long and healthy life. Second, Mr Jaitley’s team has improved. He has inducted new talent into his ministry and the government has inducted new economics policy talent elsewhere that has added to its overall policymaking capacity. Third, Mr Jaitley is now more firmly in saddle with a clearer vision of where he wants to go. All this is for the better.

Finally, Mr Jaitley now has a far more talented budget speech writer than whoever drafted that terrible first speech of last July. The new Chief Economic Advisor (CEAs normally draft the budget speech for the FM), Dr Arvind Subramanian, is not only a bright economist but also wields a fine pen. The prose in his economics appeals to finer sensibilities.

The central message of that mid-year review, it seems to me, was that the finance ministry team that prepared Mr Jaitley’s first budget over-estimated the government’s capacity to undertake fiscal correction and may have under-estimated the structural constraints on economic growth. The review also pointedly refers to the limited capacity of the private corporate sector to revive the investment rate, given its own balance-sheet management problems. 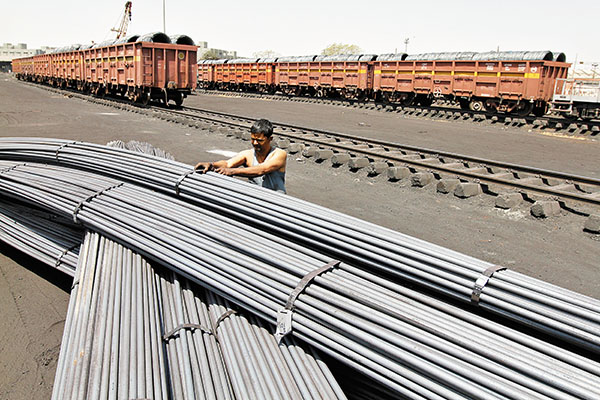 Image: Amit dave / Reuters
This year’s budgetary and macroeconomic strategy should focus on improving the ease of doing business in India

A way out, as the review noted, would be for the government to step in and boost growth through public investment. But, here comes the chicken-and-egg conundrum. How can you do that without improving the government’s fiscal capacity? You need growth to raise revenues that can help government reduce the deficit and increase investment that would then raise growth. Where does one start?

The answer to that question would be the starting point of Mr Jaitley’s second budgetary exercise.

What then should constitute the defining principles of this February’s budgetary exercise? Clearly, the first priority remains sustaining the revival of economic growth. But this has to be done without losing sight of the second and equally important priority of ensuring fiscal stabilisation. Striking the right balance between growth-stimulating expenditure and fiscal stabilisation remains the key challenge for the finance minister.

One way of tackling this would be for the finance minister to raise revenues that would be growth-neutral or growth-stimulating. That is easier said than done. Raising revenues through higher indirect taxes would be frowned upon by industry and business, while raising them through direct taxes would upset the vocal salaried class. There are many ways of raising revenues without raising rates but all that is in the realm of tax administration and that is a longer drawn process.

Tax reform has been on the government’s agenda for far too long and should no longer be postponed. The report of the Finance Commission (chaired by Y Venugopal Reddy) is expected to suggest further devolution of revenues to states. This will exert even greater pressure on the government’s income account. The Centre could use the incentive of accepting the Finance Commission report to get all states to agree to the long-delayed direct and indirect tax reform. This would offer some comfort to the government on the revenue side. Without additional revenue mobilisation, the government would not be in a position to deploy the instrument that Subramanian’s mid-year review advocates, namely, higher public investment. One way of doing this would be through privatisation and what we call disinvestment. This remains an important source of public investment funding and we should expect action on this front.

Railway Minister Suresh Prabhu has many ideas as to how railways’s assets can be better utilised to raise revenues for increased investment and this is one way of tackling the challenge. Public services like the railways would understandably draw on government revenues in a developing economy but they can become productive sectors for the economy if their assets are used more efficiently and in a market-friendly manner.

At the end of the day, however, the best way to raise government revenues would be to stimulate growth. That is precisely what happened in the 2000s, when revenues grew rapidly as growth rates remained high. This means the focus of the budget has to be on adopting measures that would, in fact, promote revenue-generating growth.

Growth is a complex phenomenon. It is, in the end, a function of savings and investment rates which, in turn, are shaped by expectations. Without doubt, the Narendra Modi government has altered the state of expectations for the better. Everyone once again expects the future to be better than the present. Various analysts at home and abroad have forecast that the Indian economy is likely to emerge as the world’s fastest growing economy in 2016. If this sentiment is sustained by budgetary policy this month, then expectations would fuel new investment.

This brings us to the core of this year’s budgetary and macroeconomic strategy. It should be focussed on improving the ease of doing business in India. The government’s “Make in India” programme is aimed at improving the business environment. Which means the focus of the budget should not be on sectoral incentives—as was indeed the case in Mr Jaitley’s July budget—but on overall macroeconomic policy environment and on microeconomic reform.

India remains a laggard on the ease of doing business. Much can be done with a stroke of the pen. Economist Bibek Debroy, now a member of the newly created NITI Aayog (National Institution for Transforming India), has burnt the proverbial midnight oil listing out all the defunct and obsolete laws that constitute the dreaded Inspector Raj and increase the unease of businesses—micro, small, medium and big —and these laws can be repealed overnight.

Two decades ago, in 1995, I visited a textile mill in Suzhou, southern China, where a young factory manager told me that she has to deal with only four inspectors— labour, health, tax and factory maintenance. Even to this day, Indian businesses have to deal with many more. The essence of the 1991 reforms in India was to make the point that government and public policy makers now trust business. Former Prime Minister PV Narasimha Rao pointedly named industrialist JRD Tata as a Bharat Ratna, the first and last industrialist so honoured, to make the point that even an industrialist is a nation-builder, a national asset to be honoured.

In the past decade, with the focus on crony capitalism and the waywardness of many in business, businessmen have acquired a bad odour in the corridors of government. That is changing. But, of course, business persons have also to earn this respect through more transparent governance and by creating income and employment opportunities for all and not just wealth for themselves.

Budgets come and budgets go. But some become milestones. Mr Jaitley wasted the opportunity of making his first budget a truly memorable one. He should not do that with the second.

Tweets by @forbesindia
A riskier world, but businesses surge ahead
K Ganesh: The budget needs to recognise startups as national assets