The 10 challenges before Arun Jaitley in Budget 2015

Why this matters more than the one he presented last year 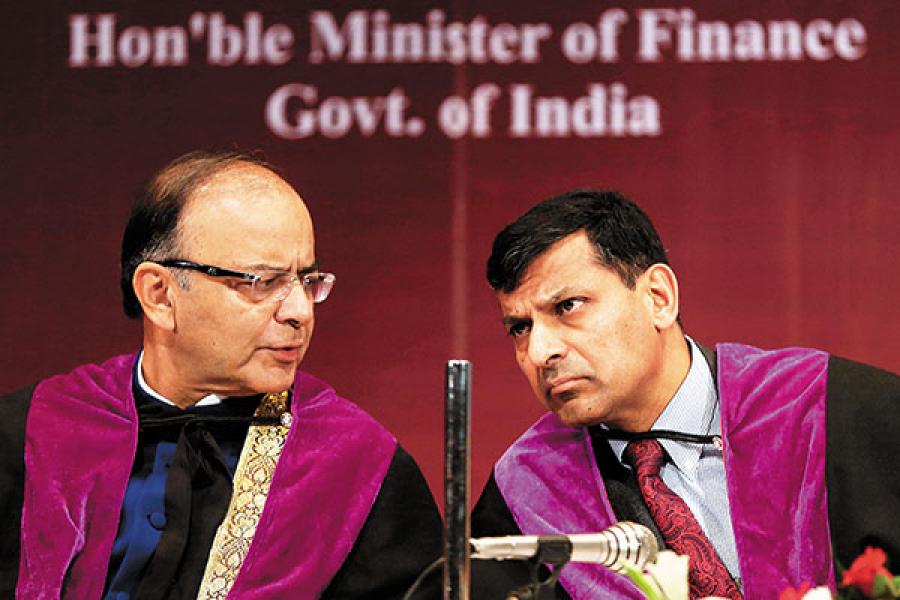 Central budgets tend to get a huge billing in the media that is often out of proportion to their actual transformative potential. What happens in the remaining 364 days may matter more for the economy than what is said or done on budget day.

But some budgets do matter more than others. Manmohan Singh’s 1991 and 1992 budgets, for instance. They redirected the economy towards a market orientation. The first two budgets of any incoming government are also indicative of its intent, and so can be given higher importance than the rest. In this context, Arun Jaitley’s second budget due on February 28, 2015— perhaps the one for which he has had more time to think and prepare—may be more important than his first, which was dismissed by one commentator as “Chidambaram’s budget with a saffron lipstick”.

It is best not to speculate on what the finance minister will do and instead focus on what his challenges are. We can then check how his budget proposals tend to deal with these challenges.

Budget 2015-16 has to be measured against 10 major economic challenges.

1. The first challenge is reviving growth. Last year it was about dousing the fires of inflation; this time it is about reviving the investment cycle, now that inflation, as measured by any yardstick, seems tamed. Jaitley’s problem is that the animal spirits seen in the stock markets are missing when it comes to plonking down new money for new projects and investments, especially in infrastructure.

The reason is simple. As the Mid-Term Economic Analysis by Chief Economic Advisor Arvind Subramanian noted last December, India is facing a balance-sheet slowdown, a situation where the private sector is trying to pare down excess debt rather than invest. In this situation, he said, “It seems imperative to consider the case for reviving public investment as one of the key engines of growth going forward, not to replace private investment but to revive and complement it.”
His diagnosis is right, but his solution calls for care.

2. This brings up the second challenge: Fiscal deficit. How do you raise public investment without abandoning the fiscal deficit roadmap? How do you raise more money without just printing it, like the last government did? If the answer is to just let the deficit bloat, there is the risk of stoking inflation once more. Reserve Bank of India Governor Raghuram Rajan, a sceptic on whether inflation is really dead or merely playing dead, will certainly not take kindly to any fiscal riot on Jaitley’s part.

One possibility is to continue on the fiscal path, but a bit more slowly than earlier planned. From 4.1 percent in 2014-15, the old roadmap talked of bringing this down to 3.6 percent in 2015-16 (which is what the next budget is for), and further to 3 percent in 2016-17. One sensible answer at a time when growth is slowing, both domestically and abroad, is to reduce the rate of deficit reduction. But a reduction of 0.2 percent instead of 0.5 percent will only yield around Rs 30,000 crore of additional leeway. Hardly the kind of energiser the economy needs right now.

Two answers are at hand and have been tried before. One is spectrum auctions at higher prices, which is already happening, and the other is raising more money from disinvestment and/or privatisation of state-owned assets. The government expects the auction of 3G and 2G spectrum in March to yield an additional Rs 25,000 crore in 2014-15—and the balance of Rs 50,000-80,000 crore in subsequent years. Disinvestment is expected to yield another Rs 43,000-and-odd crore this year. With Coal India raising Rs 22,000-and-odd crore, that’s half the job done. But this pace will have to be stepped up in 2015-16 and beyond if the required moolah for public investment has to be drummed up. The best option is for the Modi government to start privatising non-core public sector assets like second-rung banks.

But for privatisation you not only need political will but also a market in high spirits. We can’t count on the party to continue indefinitely. Other sources of non-tax revenue will also need to be discovered.

4. More money will be needed to meet expected non-linear increases in expenditures. This is Jaitley’s fourth challenge. His fiscal deficit pressures are bound to be compounded by two additional claims on resources over two years: The recommendations of the 14th Finance Commission headed by former RBI Governor YV Reddy, which is sure to recommend a higher level of resource transfers to states; and the report of the Seventh Pay Commission for government employees, which too will recommend pay increases and impact central and state expenditures from 2016-17 onwards.

While resource transfers are not necessarily bad for growth since they will shift spending from centre to states and create new consumption demand from millions of government employees, the efficiency of public spending cannot be guaranteed. For public investments to rise and flow to critical areas like infrastructure, the Centre will need more resources from unconventional sources. What could these be?

5. Tapping black money through amnesty schemes will be one such option. Here, the challenge is not just to devise a scheme that will work, but also to negotiate the political quicksand that is bound to develop, thanks to the unusual interest the Supreme Court is developing in bringing back black money from abroad. A Special Investigation Team is already on the job, and any amnesty scheme will raise judicial eyebrows a notch higher.

The problem is black money has been converted from an economic and ethical issue to one with very high moral overtones, and so sensible suggestions can backfire. However, with many major elections over, and with a majority of its own in the Lok Sabha, the BJP can take a bold decision. A no-questions-asked, zero-coupon tradeable bearer bond could find lots of takers provided those declaring unaccounted money are guaranteed anonymity.

6. Another challenge is to cut unproductive expenditures, including non-merit subsidies. A good start in this area has been made by the NDA government’s bold decision to shift LPG subsidies to cash paid directly into consumers’s bank accounts. More than 50 percent of consumers have already been shifted to this route, and all will be on direct cash transfers by April 1. Hopefully, this will cut out bogus claimants. Subsidy cuts will thus save little till the harder jobs of eliminating those ineligible for it are identified. This could even happen with LPG, but the real challenge is to try this out in politically more sensitive areas like kerosene, food and fertiliser subsidies. That may take a couple of years, and so the savings in 2015-16 may just be a small drop. But it has to be done.

7. If costs can’t be cut fast, the next challenge is to get more tax and non-tax revenues. Jaitley has promised to implement the Goods and Services Tax from April 1, 2016, which means any revenue gains will not happen next year. Even then, revenue growth may be tepid in the first year as the economy adjusts to the new tax.

A second option is to get more out of existing investments in the public sector. In 2013-14, P Chidambaram extracted more dividends out of Coal India, but this cannot be done endlessly. At some point, Coal India, or other public sector companies like ONGC and Indian Oil, will have to start investing, which means they have to retain more of their profits. The only way to get more out of them is by making them more efficient.

8. Tackling rural distress is another challenge. Thanks to slow growth over the last two years and the resultant slowdown in government spending, rural incomes are under pressure and wage growth has been very weak of late. This social problem cannot be ignored as half the country depends on agriculture. With global food prices weakening, raising minimum support prices by large amounts is also not an option—especially in the context of the need to cut down the fiscal deficit.

This is where public spending on infrastructure comes in. If the government addresses the challenge of raising more resources for public investment successfully, it will automatically be able to put more money in rural hands, and relieve rural distress.

9. Generating confidence in the middle class is also important. While business investment spending has been weak, consumers too have been holding back. For example, the Index of Industrial Production showed drops of 35.2 percent and 14.5 percent in consumer durables spending in October and November 2014—the latest months for which data was available. Putting money in the hands of the urban and semi-urban middle classes, including the lower middle classes, is important. The only way to do it is to cut income-tax rates. And this has to be managed without losing too much by way of revenue. Tough.

10. Direct tax reforms must be pushed through. Implementing a simple and efficient direct taxes code, with higher exemptions for savings, and fewer exemptions for businesses, combined with a less adversarial tax regime, is overdue. Part of the code needs legislation through the financial bill, but more of it needs administrative empowerment and transparency in dealing with assessees. The government’s recent decision to not challenge a high court judgment in the Vodafone transfer pricing case is a good example of an effort to reduce tax terrorism. Advance agreements on such vexatious issues are another idea whose time has come. If business tax loopholes are reduced, the minimum alternate tax can either be reduced or abolished in stages. Right now, tax concessions given with one hand are taken away partially through MAT. Not a rational state of affairs.

Jaitley has his plate of challenges full for one day. The rest he can handle in the 364 days after the budget is presented.