Jacqueline Novogratz, CEO at Acumen, the $100 million non-profit 'impact investment' fund, explains why bringing leaders out of India is so important 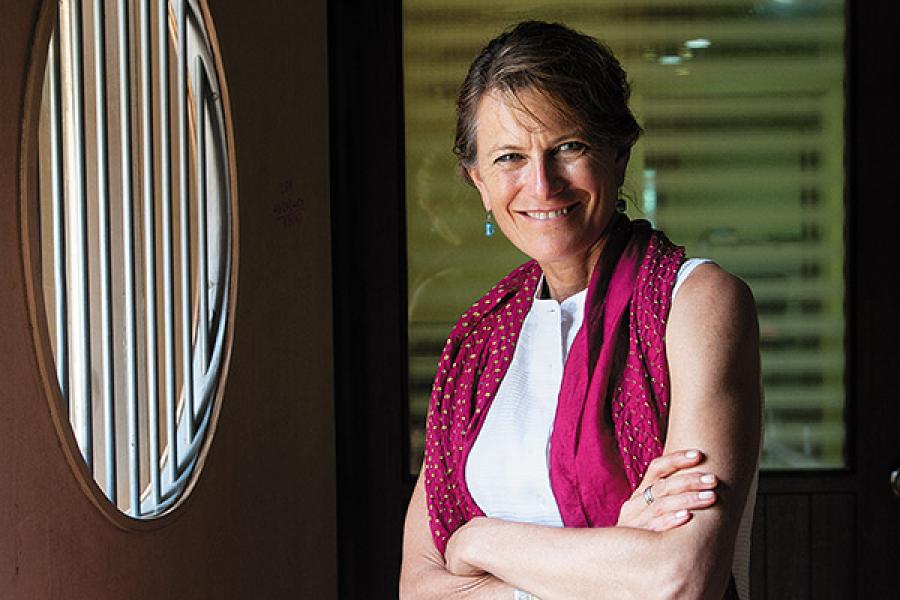 In India recently to launch Acumen’s India Fellows Program, Novogratz talks to Forbes India about the importance of leadership in impact investment, and the challenges of working in India. Excerpts:

Q. What is Acumen’s model for creating leaders?
We started in 2001 with the idea that there was a better way to look at philanthropy. We look at long-term patient capital. By 2006, we saw it takes more than capital to build long-term solutions to poverty. We were building companies and what often prevented them from scaling up was the middle management level that was so difficult to hire for, particularly if [the companies] were out in rural areas where no one wanted to live.

We experimented with the idea of Global Fellows and we only take 10-12 a year, but we get 1,100-1,200 applications from 100-plus countries. Jawad Aslam, a Pakistani-American, went to Pakistan to build the first for-profit sustainable housing project for the poor. Tricia Morente came to work for a year at Life Spring, a maternal health care hospital in Hyderabad, when there was one hospital, and ended up staying for two-and-a-half years as the head of marketing. She helped grow it
to nine and [then] 12 hospitals.

Now she’s back in the US working with the Institute for Healthcare Improvement (IHI) Open School at Harvard; with Atul Gawande [a surgeon, writer and public-health researcher], she’s created a website which allows philanthropists to provide monies for the very poor who can’t afford a Life Spring or other low-cost solutions. There are now 80 Global Fellows.

About 4-5 years ago, we were hearing the same thing from our regional advisors: We need more local talent. At the Regional Fellows level, we take 20 for each class; they stay on their full-time roles, most already in the social impact space. While they come together five times through the year—it’s more of an executive MBA type programme. They take classes in values from me as well as some of the technical capabilities needed to scale up social enterprises to serve low-income people. We’re in our first year in India. They will then join the Pakistan and East Africa fellows [and in 2015, the West Africa and Latin America fellows] to form a global cohort.

The collaboration is already happening, which is not something I was prepared for. In East Africa, we have a Regional Fellow working on low-income housing who has reached out to our Pakistani Global Fellow who now sits on this board as an advisor. I met an Indian Fellow working in education who reached out to a Pakistan Fellow also working in online education before he’d even started. The Global Fellows get deeply embedded in our investee companies and the regional ones are building the pipeline for the future.

Q. Why is leadership so important in the impact investment space?
In the impact investment space, everyone laments this lack of leadership. But everywhere I go I see these amazing young leaders. Maybe the problem is we’re not investing in them and giving them the hard skills. This is patient capital for human capital. NGO work is often hard and thankless. We’re hoping to build a community that young leaders can lean on and learn from. We have a fellow who grew up in one of Kenya’s slums—musically gifted and a natural organiser. Because of the fellowship, he got the idea from a coffee shop in New York called Think Coffee. ‘What if you created Think Breakfast for kids in the slums, with pushcarts serving really affordable, healthy breakfast?’ Because of the ecosystem around him, he’s working with Global Fellows, Regional Fellows, team members and advisors who have to go to the slums with him to understand how people make decisions.

Our companies need help with supply chain, marketing and talent. The young ones often don’t have the specific skills our companies need. What’s fascinating is, our Global Fellows come in, in their early 30s, with serious skills. At the regional level, a number of fellows are already managers in companies. Kirti Vardhana, for example, is a manager for LabourNet, which does vocational training.

Q. Why is India important?
We’ve been on the ground in India since 2006. We’re in India because we believe India is the world’s laboratory for innovation, when it comes to low-income populations. If you take Ziqitza Health Limited [ZHL, an ambulance service], you had four partners coming to Acumen with nine ambulances. We put in patient capital. After a couple of years, we put in the first of five Acumen fellows, like Cherian Joseph who grew up in Mumbai and came with an operations background. He’s now with McKinsey working with human capacity building in the social sector.

Meanwhile, ZHL has 1,000 ambulances. In Odisha they will hire 5,000 people. Sweta Mangal, the CEO, says, the company changed the Acumen fellows and the fellows changed the company.

Shaffi Mather, ZHL’s founder, had been working with Reliance when his mother almost died because there was no ambulance. He asked how Mumbai could have only 70 working ambulances in a city of 17 million people. ZHL will serve 2 million people this year alone,

and they’ve done it ethically. The drivers feel a sense of pride because they don’t take bribes. We’re starting to go to the next level of impact metrics: Grameen Foundation and ZHL are doing a survey of all the people they’re reaching in Odisha through the ambulances. Early indications show 85 percent of users are low-income.

When Water Health International started in India in 2004, there were no water companies serving rural poor. No one thought it was a good idea. What they did for five years was essentially the R&D work that doesn’t exist when it comes to the poor. Today you see many such water companies. As a fund, we’ve exited debt in India but we’ve not yet had an equity exit. Over the next year, there are a couple we feel good about.

Q. What challenges do you face in India?
Long term we expect, on a portfolio basis, to have 1x returns—enough to replenish the capital so it can be invested again. Globally, we collect the funds as donations and donors get a charitable write-off. In India, it’s more complicated: You can’t give philanthropy that will be invested, even if any returns from that will be ploughed back in. The laws here should change. Our model for India makes it impossible to raise investing philanthropy from Indians unless they can give money to our office in New York. We get a lot of support from the Indian diasporas for investing and from Indians locally for our leadership and other work. We fund the leadership work we do in India through an Indian-registered trust. GV Prasad of Dr Reddy’s Laboratories has largely funded the India Fellows Program through the Dr Reddy’s Foundation and we are also trying to use local funds to support our impact measurement work.

Tweets by @forbes_india
Can the Indian Super League do an IPL?
Thoughts on Reinvention