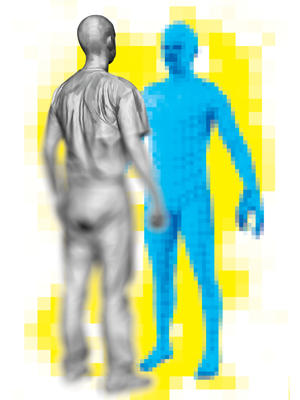 An idea can turn to dust or magic, depending on the talent that rubs against it.
William Bernbach

Imagination is the voice of daring.
Henry Miller

Anyone who has invented a better mousetrap, or the contemporary equivalent, can expect to be harassed by strangers demanding that you read their unpublished manuscripts or undergo the humiliation of public speaking.
Barbara Ehrenreich

The sight of that to which one has long been accustomed does not produce such an ardent desire as of objects new in form and character.
Maimonides

People who cannot invent and reinvent themselves must be content with borrowed postures, secondhand ideas, fitting in instead of standing out.
Warren G Bennis

Imagination is always the fabric of social life and the dynamic of history. The influence of real needs and compulsions, of real interests and materials, is indirect because the crowd is never conscious of it.
Simone Weil

Every answer given arouses new questions. The progress of science is matched by an increase in the hidden and mysterious.
Leo Baeck

One of the greatest pains to human nature is the pain of a new idea.
Walter Bagehot