How Harley-Davidson, Energica, Zero and other green machine manufacturers are battling to become the Tesla of motorcycles 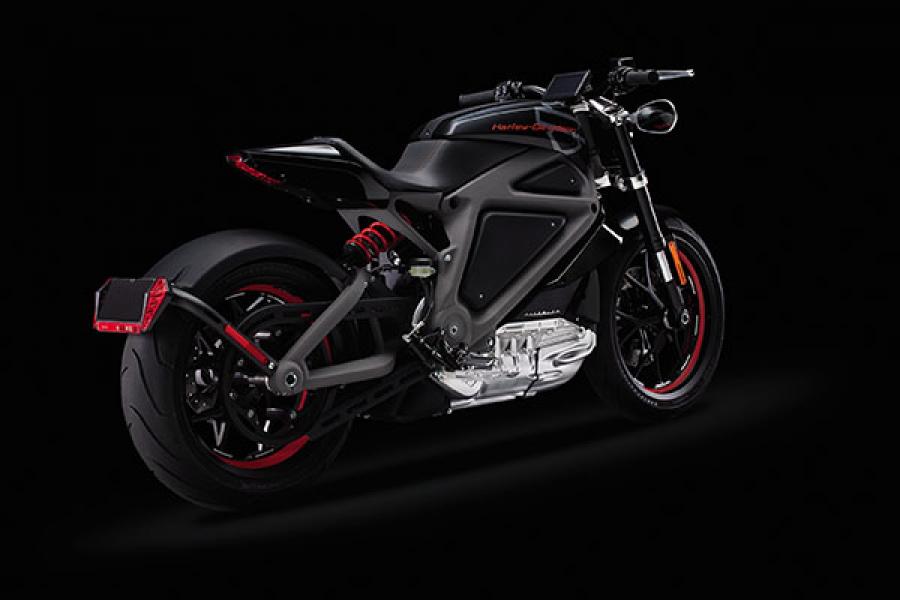 Hog wild? Harley- Davidson unveiled its electric prototype, Project LiveWire, this summer to test how riders would react to an e-bike from the legendary brand

The roar of a Harley-Davidson engine is as distinctive as the popping of a champagne cork. But what if you could have all the power and beauty of a hog with a silent engine that doesn’t devour gas? That’s the question Harley asked earlier this year when it unveiled Project LiveWire, its futuristic prototype for an electric motorcycle.

Harley-Davidson is hardly alone in the e-bike wars, where several companies are seeking to become the Tesla of motorcycles. And not just because it’s good for the environment.

Last year, the major motorcycle brands—including BMW, Harley-Davidson, Honda, Kawasaki, KTM, Piaggio, Suzuki, Triumph and Yamaha—sold 561,000 bikes in the US, up from 557,000 in 2012 but down a staggering 53 percent from the 1.2 million sold in 2006. This year, motorcycle sales remained relatively unchanged, according to the Motorcycle Industry Council, which tallied 139,922 new units sold in Q1, 17 units higher than the same period in 2013.

And while no one thinks electric bikes will save the industry, they could be a key factor in attracting the next generation of motorcycle enthusiasts. “Everybody is very concerned with getting this new young rider,” says Mark Hoyer, the editor-in-chief of Cycle World. “And younger people are realizing these electric bikes are genuinely fast. In fact, with the kind of performance electric motorcycles have these days, anybody who rides would be impressed.”

Electrics have been a niche market since 2010, when companies such as Zero, Brammo, Energica and Mission started experimenting with 50-plus-mile-range rides that looked just like traditional motorcycles but boasted zero emissions and gearless, aggressive, twist-and-go acceleration. The idea was that silent, maintenance-light bikes would be perfect for both urban commuting and oﬀ-road cruising. And that they might attract new riders, particularly women, intimidated by the heavy clutches and grimy maintenance responsibilities associated with cafe racers and street bikes. There’s certainly room for growth: Even though their numbers have increased by double digits since 2003, women still represent only 25 percent of motorcycle riders in the US, according to industry statistics.

There were some early attempts at e-bikes (especially from obscure Chinese brands) that felt more like gloriﬁed Vespas than high-tech Hondas. Within the last year, however, electric motorcycles have become significantly more powerful, smoother and longer-lasting. Zero, for instance, has drastically improved the suspension and powertrain technology in its $17,000 SR, which hits 97 kmph in 3.3 seconds on a battery range of 130 miles and takes seven hours to charge in a 110-volt outlet. 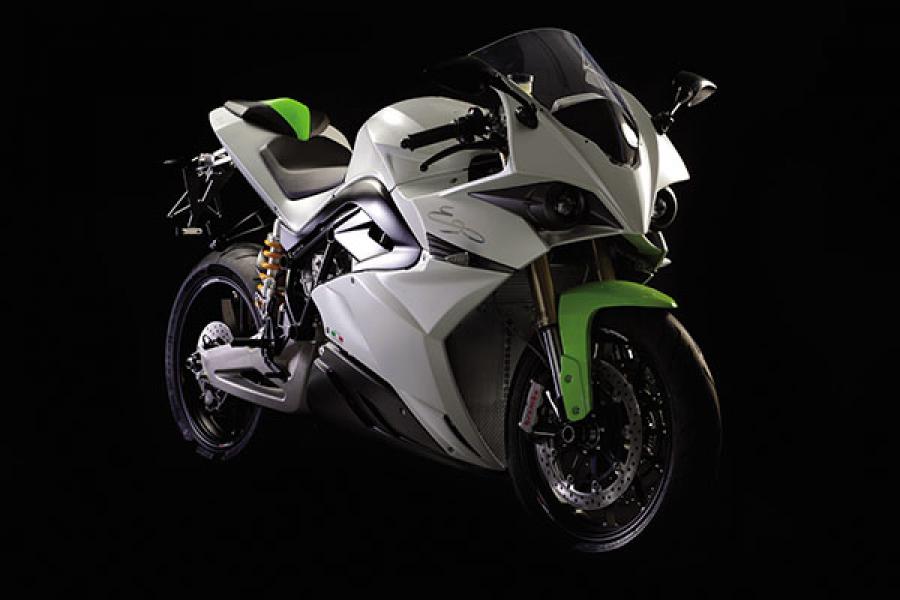 Green lightning: Energica’s Ego has a top speed of 241 kmph
“I like to say the electric bike does all of the things I ride for without any of the drama,” says Scot Harden, vice president of global marketing for Zero Motorcycles. “I ride a motorcycle for the excitement, the thrill, the acceleration, the sense of control, the sense of freedom. The Zero Streetﬁghter gives me all of that. What it doesn’t give me is loud noise, vibration, heat, exhaust fumes, oil stains in the garage. Plus I don’t have any routine maintenance on the power train. I don’t have to work on it. I just basically ride it.”

But it was Harley’s LiveWire prototype that truly escalated the e-bike battle when it was announced this summer. A 74 hp motorcycle that goes 85 km between charges and takes less than four hours to recharge, the bike won’t actually be for sale—Harley claims it’s using LiveWire just to test consumer response—but it’s a signiﬁcant move because of the cult status of the American heritage brand. (Harley accounted for more than 31 percent of motorcycle sales nationwide last year.) 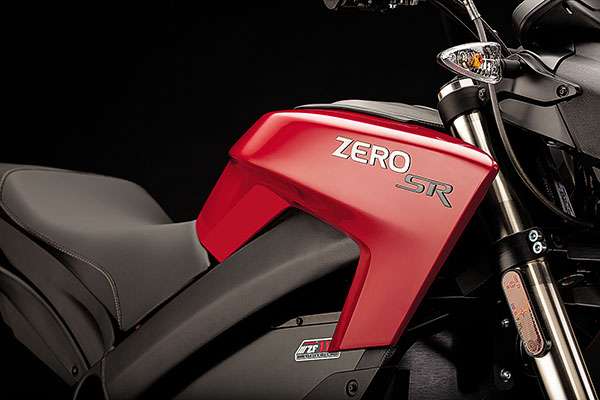 But there are still valid reasons to think e-bikes will remain a novelty market rather than a sales saviour. The most general among them: People buy motorcycles precisely because they’re loud, dirty, heavy and fast. In fact, Harley fabricated a distinctive sound for the LiveWire bike so as to uphold that covenant with hog loyalists. (“Sound is non- negotiable,” says Adam Kallen, the owner of Brooklyn-based Jane Motorcycles.)

Beyond that, gas motorcycles are already quite fuel-eﬃcient—a Ducati Monster 696 gets nearly 17 km to the litre—and the price premium associated with the lithium-ion batteries that power electric bikes remains prohibitive for most riders. Battery technology alone can add tens of thousands of dollars onto the price of a regular bike.

“There is not a lot of technology or luxury sport happening now,” says Cycle World’s Hoyer. “You see all the manufacturers focusing on low-cost bikes, building the entry-level ladder to their brand. Electrics will have to do the same: It’s just a question of who will do it right ﬁrst.”

Tweets by @forbesindia
The Quiet Architect: Shikha Sharma has magically transformed Axis Bank in a short span
The Master Tactician: Honda's Keita Muramatsu is keen on racing ahead in India