Grooming that packs a punch in the boardrooms 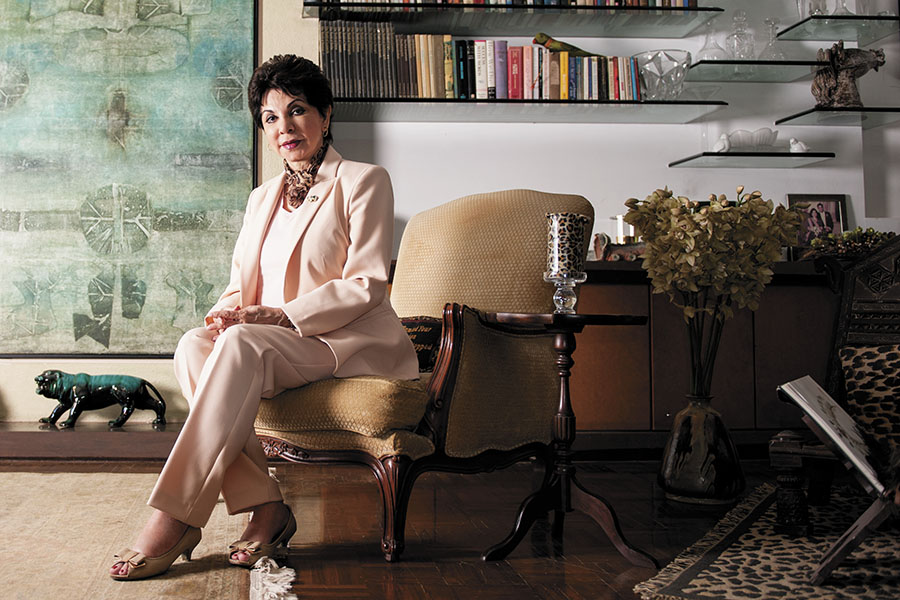 Sabira Merchant extends her slender fingers forward, miming the act of presenting a visiting card to someone, fingertips perched on either side of the imaginary card in the air. “You must,” she explains, “give your card with both hands.” Then she pats her left pocket, saying, “Here you should keep your own cards” and then pats her right one, “and when you receive someone else’s card, put it in the right pocket”.

Visiting card etiquette is just one of the many facets of corporate grooming that Merchant imparts to clients who are keen to make the right impression in every possible scenario of work-related interactions. Whether it is a handshake or a nod at a meeting, pairing the correct wine with the main course at a power lunch, or combining the right pair of heels with the right length of a skirt, confidence and charisma are often essential elements in successful business equations.

Merchant—a diction coach, actress, TV show host and corporate trainer who has worked with clients from private corporations such as Accenture, Mahindra & Mahindra, Johnson & Johnson and Cipla—is one among a bunch of experts who offer detailed soft-skilling and grooming lessons to corporate clients who would not want their power at the bargaining table to be negated by their ineptitude at the dining table.

For reference, Merchant rifles through the well-thumbed pages of a spiral-bound volume in front of her. Between the covers of this veritable bible of good manners and etiquette, which she has compiled, is everything that corporate clients seek to become better versions of themselves. One section of the book lists the names of wines, another section lists foreign words. “Chic, vogue, au revoir,” she reads out, turning the page and continuing, “flambé, Filet mignon, Hors d’oeuvres.”

Mispronouncing the name of a starter is hardly the only pitfall facing a client. The gaffes are potentially endless: Wearing mismatched socks, having onions in your meal before a meeting, not knowing how to raise a toast or making a call while in a busy public area.

Her latest module, ‘Luxury Labels’, offers a whirlwind ride through the universe of high-end foreign brands. Owning a Gucci bag or an Yves Saint Laurent perfume does not always mean getting its pronunciation right. “People don’t know how to say all these foreign names, and sometimes they even own these things,” she says.

Shopping at the right places, however, is sometimes not enough to develop a personal style. Wear solid colours, says Suneeta Kanga, a trainer, mentor and coach, and make sure your socks are sobre; focus on the accessories. “It’s the first thing people notice,” she says. “Sometimes you have to give up comfort to have an impact.” Kanga looks at 14 basic topics that cover everything from the art of networking to social media skills and professional attire. 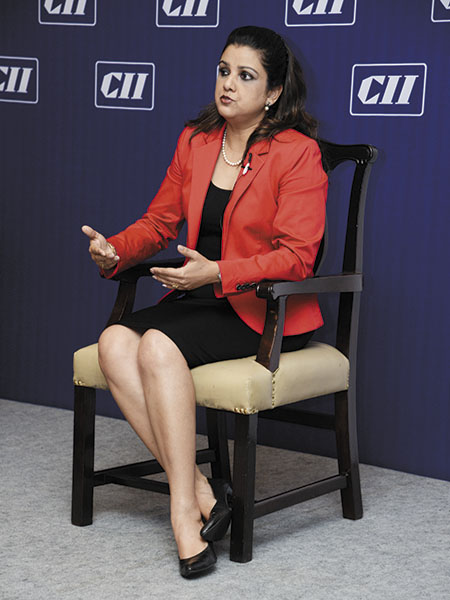 Suneeta Kanga covers 14 diverse topics
Spoken communication, for instance, is crucial to what she offers training in, but so is body language. Sometimes, people need to be coached on even that most rudimentary of human gestures, the handshake. “You need to look into the person’s eyes,” says Kanga, “and make sure the webs of the thumbs touch… the squeeze is important but don’t move your hand like a pump handle”.

And then there is the business meeting over a meal: A minefield of potential faux pas. How much food should you put on your plate? (Hint: It should not be too much; but you could go for seconds.) Should you eat before the meeting? That might be a good idea, so that the focus remains on the meeting and not the food.

Fine dining happens to be one of the hottest sells among Kanga’s offerings. She also does whiskey dégustation and wine and cheese appreciation and tasting sessions. “It’s important to demystify these things, especially for global travellers.”

Workshops and sessions that train corporate executives in these fine skills last one or two days, depending on the client company, and usually involve groups; trainees could include anyone, from entry-level company employees to C-suite participants.

A senior manager from one such corporate group reflected on the man he used to be before attending personalised sessions with Kanga, and the man he has now become. The manager, who cannot be named because of his company’s policy, says he once was the kind of person who wore shoes without laces and never bothered about his socks, since he believed in “internal knowledge” rather than “external appearances”. He has since seen the light. Having gone through 15 personalised sessions, he says he is much more attentive to details such as matching his ties with his shirts, where he keeps his phone, and how he smiles. “It makes a difference,” he says. 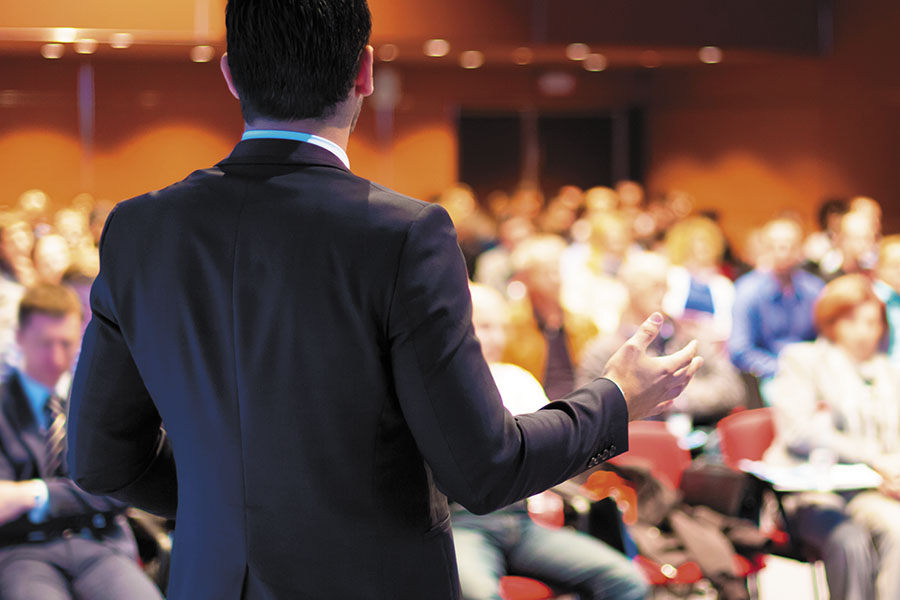 Companies shell out good money to polish their top leaders because of the trickle-down benefits
Image: Mexy Xavier

These are some of the tangible variables corporate executives are taught to master, but what about the ineffable skills, including that mysterious thing called charisma? That too can be taught, claims Danish Sheikh, who calls himself India’s first charisma coach. “There is so much research around charisma and body language,” he says. “I realised there was a business opportunity here.” He has, in the past two years, worked with several high-profile clients that include private corporation executives, government officials in the Middle East, and actors. “Training to become charismatic,” he says, “is like preparing for a marathon; not everyone can run 26 miles at once, but you can train yourself and do it.” Sheikh works one-on-one with clients for at least four sessions, coaching them on details such as dressing, body language, voice intonations and mindfulness.

For trainers such as Merchant and Kanga, corporate clients form a significant chunk of their clientele, and the demand is only growing as sophistication and presentation gain currency, with corporate professionals increasingly travelling abroad and working with foreign companies. “They feel like they need to upgrade their standards,” says Maya Daswani, who offers soft skills training. “Every employee is a representative of his or her company.”

Then there’s another tier of personalised lessons—beyond personal image and grooming—for the upper levels of management: Life coaches and executive coaches who conduct one-on-one sessions on interpersonal relations, leadership, and lateral thinking skills. These programmes deal more with personality rather than presentation.

At IPSSR in Delhi, participants undergo psychometric testing, learn about emotional intelligence, and how to manage themselves. “What is a person’s leadership style?” asks Kapil Kakar, the institute’s founder director. “How do you speak about your feelings in an appropriate manner? How do you make people comfortable?” Understanding their own strengths and weaknesses is important for those in leadership positions looking to inspire their employees without dominating them.

Programmes at IPSSR involve six to eight one-on-one sessions, spread over several months. The goals of the coach are to offer support and listen, and not teach. Common problems include combating procrastination, maintaining work-life balance, managing workplace conflict, or building self-confidence.

Sridhar Laxman, executive coach at Lucid Minds Coaching in Bengaluru, who has coached several high-profile company executives, works through the process by first setting goals, formulating a plan and then working through that plan over several weeks. Coaches are especially valuable to senior management employees who might “find it lonely at the top” or “need a sounding board”, says Laxman. “My role is to help the client discover the answers, not to tell them what to do,” he says.

Such sessions could also take place over phone calls, or might involve “homework assignments”. “Everyone wants to create better versions of themselves,” says Milind Jadhav, another independent executive and life coach. “People have specific goals and challenges and I help inculcate new habits to improve themselves.”

Life coaching and executive coaching have struck deep roots in the West, but in India they are still on a nascent terrain.

Coaches can choose to get accredited by meeting certain standards laid out by the International Coach Federation (ICF). Training programmes could cost between Rs 35,000 and Rs 4 lakh, depending on the format and education.

Vikram Kalloo, who works between India and the UK, focuses on developing what is known as “executive presence”, which he also terms “the art of corporate seduction”. “Indian leaders are technical rockstars,” he says. “But their presentation skills take a beating.” He adds that Indian business leaders have often found themselves losing out to global competitors in terms of promotions, thus fuelling the need to sharpen their non-technical skills. 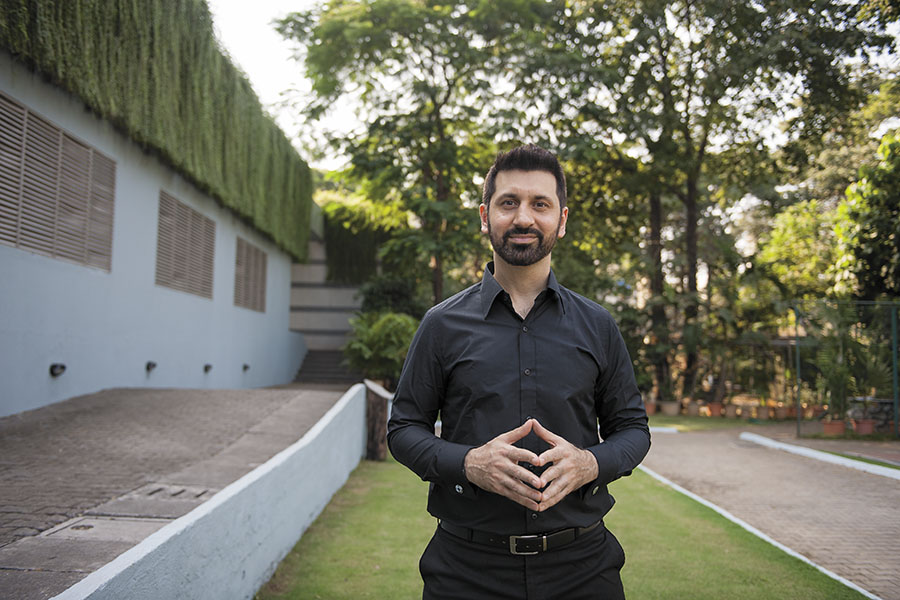 And companies are willing to shell out good money to polish their top leaders because of the trickle-down benefits within the company’s work culture. “At senior levels, knowing your job from a technical perspective is a given,” says the head of one of India’s leading technology companies, who has attended Kalloo’s sessions. “You are short of time and need stronger results. Hence, creating an impact in your interactions helps you build stronger relationships and trust, and accelerates results.”

When this client decided to take the course—comprising nine sessions about every three weeks—he approached it straight forwardly.

“A simple goal that I had in mind was: If I am meeting somebody, will the person remember me after the meeting?” he says. “So, in essence, it was about creating an impact through your presence.”