Money Matters: A visit to the RBI Monetary Museum

Ever thought of the fact that that Rs. 2 coin that you hand over with such nonchalance may have a story to tell? The RBI Monetary Museum at Fort Mumbai is a place where many such tales may be found 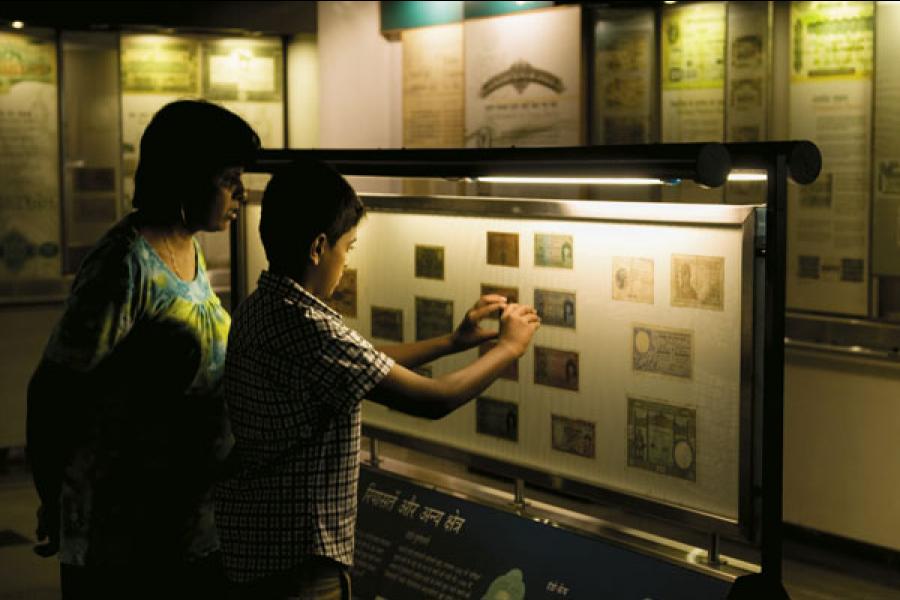 Mumbai’s Fort area has been a centre of commerce for many generations now. Even now, despite the city’s centre of gravity moving northward, the areas still hums with business activity, from the pigeonhole offices in its decaying brownstones to the sleek modern tower of the BSE.

The Reserve Bank of India building is one of the more modern structures in the precinct, and it has carved out a section of its older offices on Pherozeshah Mehta Road to house the RBI Monetary Museum, which was started in 1998. It could have no better location.

As you leave the clamour of the street behind, you enter a quiet space where coins tell the story of thousands of years of world economy.

The museum is primarily targeted at school children; but an occasional coin enthusiast or curious passer-by also may be found inside. When we went, we found a few policemen deeply absorbed in the coins issued by Indian princely states.

The first section explains the concept of money and how it evolved from barter to coins, and later to present day abstract money. (Where displaying an actual sample is not possible — for example while explaining the barter system or the concept of banking — the museum uses simple stick drawings with humorous speech bubbles to do the trick.)

Cowry shells and beads were among the first items used as currency. On display are curiosities like Neolithic axes and bracelet money from West Africa and South East Asia. Other interesting exhibits are the smallest and biggest coins. Along with the coins themselves are related implements like a counting tray and seeds used to measure the weight of coins. Most of the 1,500 exhibits on display have been bought from collectors all over the country.

A walk-through will give you the history of money in India and the world; more fascinating is the pictures you build in your mind’s eye. Like the conquering princes, now forgotten, who commissioned new coins to as a declaration of supremacy; or perhaps, as a boost their own egos. Like the crimes committed for these pieces of metal. Like the ordinary men and women who worked for these bits of metal, what necessities and comforts did they buy?

P.V. Radhakrishnan, the curator is a soft-spoken, rather reticent man who suddenly laughs and opens up when we ask him which his favourite coin is. After the mandatory “They are all my favourites”, he owns up:  His specialty is Roman coins and coins from South India.

He is a wealth of information on the exhibits and the general history of money in India. He says that one of the reasons why coins have always carried religious imagery was to deter forgery. Religion was also used to ensure continuity when new rulers took over. For instance, when Hyder Ali conquered the kingdom of Ikkeri Nayaks, he continued using the Shiva-Parvati Vijayanagar coin, only adding his own name at the back.

Every coin or note has similar tales to tell. Here are some that caught our imagination.

Panam Coins
These tiny gold coins of 0.22 cms in diameter were used all over India around the 11th century, but mainly in South India. They were also called “Pottu Kaasu” due to their size (pottu means a bindi and kaasu is money in Tamil). These coins are still used in some parts of India during funerals or marriages. Special counting trays were used to count these. The word panam is still the word in Tamil for wealth or money.

Indo-Greek Coins
This series of coins were issued in the name of the Greek emperor, and minted in India. The Apollodotus I (2nd century BC) is a copper coin. These coins were inscribed with two different languages on either side — Greek and Brahmi. These were among the first inscribed dynastic coins. Sanskrit or Pali were also languages that were used. 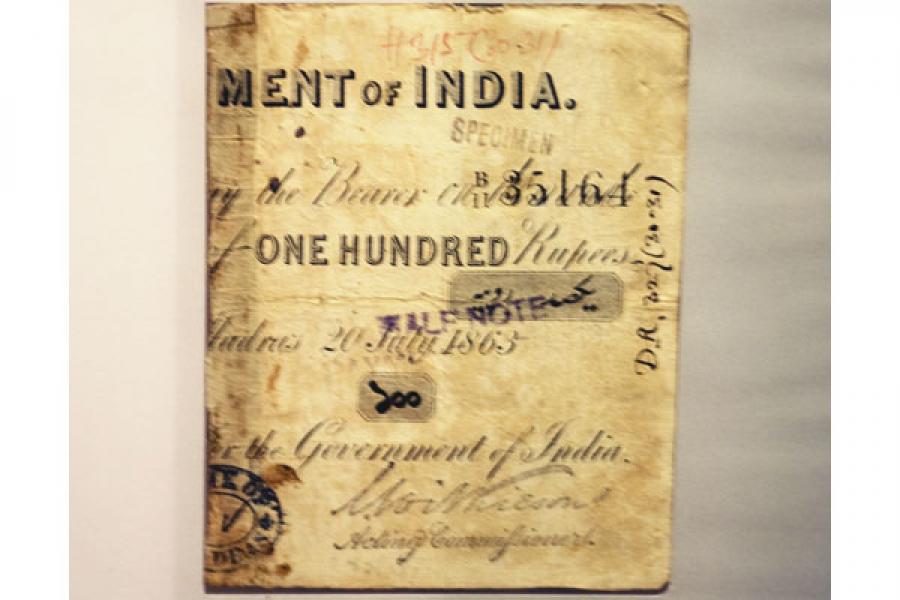 POINT TO BE NOTED Paper money was often posted seperately in two halves to prevent theft. The recipient then pasted the two parts together to redeem it. Half notes could not be redeemed
Kushana Coins
The Kushanas were the first to issue gold coins in substantial numbers in India. They were also called Vasudevas. Many of them were bilingual. Almost all the coins issued by the Guptas, who followed the Kushanas, were in gold. Indian, Iranian and Hellenistic deities were represented on Kushana coins.

Shaka Coins
These were issued by the Western Kshatrapas (1st to 4th century, AD). These are perhaps among the earliest dated coins, the dates being given in the Shaka era of AD 78.

Tughluq’s Coins
In many ways Mohammed bin Tughluq was way ahead of his time. His time was marked by monetary experiments and his active interest in experimenting with coinage, though these often caused much misery to his people. His coins had beautiful calligraphy. Tughluq was inspired by Chinese paper currency to issue token currency. Between 1329 and 1332 AD, he issued brass and copper coins in lieu of silver coins. But this was a huge failure as very few of his subjects exchanged their gold or silver coins for the new copper ones. Moreover, the tokens were easy to forge, which led to heavy losses. It is said that after the plan failed, there were heaps of copper coins lying around the royal offices for years. Centuries later, we now function entirely with token money or other notional money.

Sher Shah Suri’s Coins
These (issued AD 1538-45) were a significant development in the story of Indian money. Suri standardised the silver coin to a weight standard of about one tola or around 11.6 grams. This standard was followed by Mughal emperor Akbar, and was also followed till as recently as 1940. This coin came to be known as the rupee, which name sticks till date. His copper coins were known as paisa.

Paper Money
At the museum, you can see the entire range of notes issued in India. Indian paper money, in its modern sense dates back to the late 18th century; the museum has displays of notes and cheques issued during this period. Some interesting facts jump out at you. Like the one about half notes. In those days, people would send money from one place to another by post. To prevent theft, they would cut the notes in half, and send each separately. The recipient would paste the two halves together and tender it for payment at the treasury office or bank. 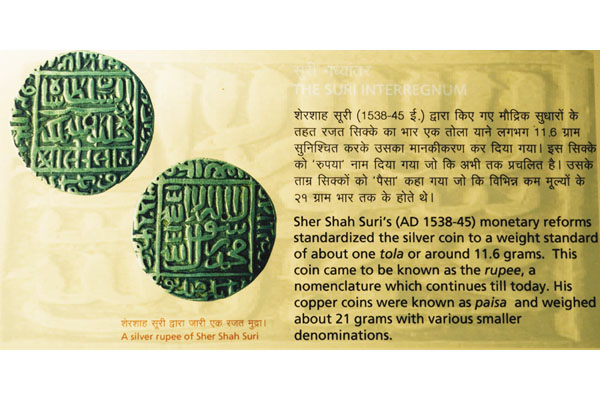 Note Sizes
Remember old Hindi movies, with suitcases full of notes that are as big as a quarter of an A4-size sheet? That was not poetic license. There were actually high denomination notes of Rs. 1,000, 5,000 and 10,000 issued in 1954. Later, in 1967, to economise on the use of imported paper, sizes of notes were reduced. The annual saving arising from this was estimated at Rs. 44 lakh or 17 percent of the paper cost.