Cocktails and takeovers, mergers and entrees; corporate India, like Napoleon's army, marches on its stomach. Here's where they get their nourishment.

One starry evening in 2007, two gentlemen met at the bar at the Taj Land’s End, in Bandra, Mumbai. One — let’s call him A — owned a company; the other, B, an investment banker, wanted to buy that company.

B made his case: The family-owned business was going to lose out sooner or later, he said. A should sell while market valuations were good. After a heated debate ended in a stalemate, they decided that the one who could down the most neat whiskies would win. The investment banker had the stronger head, and got the company for Rs. 350 crore.
Everyone knows that corporate deals aren’t just about boardrooms and auditors poring over balance sheets. Paperwork and formalities have their place, but more often than not, crucial tête-à-têtes take place in less “businesslike” environments.

In the dotcom boom years, VCs and entrepreneurs famously did business almost exclusively in the lobbies and coffee shops of five-star hotels — mainly because they didn’t have any offices yet! Today’s entrepreneurs don’t stand on ceremony either; they’re happy to meet anywhere there’s WiFi.

The more traditional big shots like their creature comforts as well. Like attracts like, so you’ll find them congregating at the same watering holes. Over time, the favourite hang-outs of the mighty acquire an aura of power that no interior decorator can create. 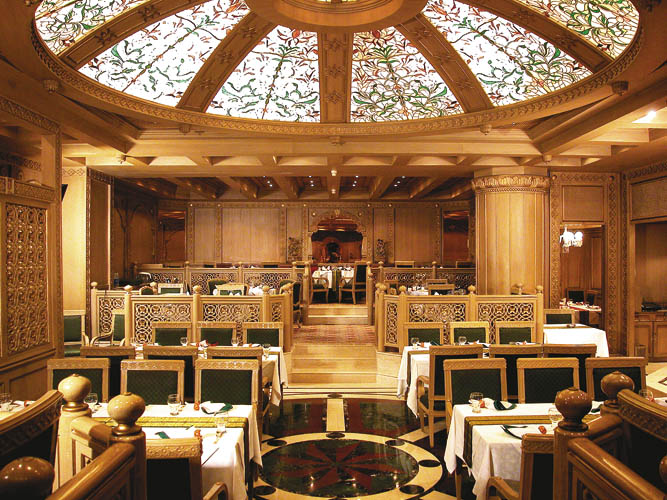 Southern Spice, Taj Coromande
As with courtship rituals, there is an informal protocol here. Initial flirtations usually happen over coffee shop meetings. If it gets serious, higher involvement levels are signalled by moving to more expensive restaurants.
And if all goes well, to consummate the matter, they tend to get a room. Suites work well for the uninterrupted long-drawn-out sessions haggling over terms and hammering out the sub-clauses.
The most popular deal spots? At the apex would have to be the private, exclusive, by-invitation-only corporate clubs: The Chambers in the Taj chain and the Oberoi’s Belvedere. Annual membership fees (if you have to ask how much, you can’t afford it) give you access to these clubs across the metro cities. They make their billionaires feel at home, with trained, discrete staff, and hideaway locations within the hotels. The Belvedere in Mumbai, for instance, has a separate entrance; its members can come and go unseen by prying eyes in the more plebe areas of the hotel.

Reliance Capital’s vice-chairman Amitabh Jhunhunwala is a regular at Belvedere in the evenings, where he hangs out with his clique over a drink. More recently, the Ming Yang at the Taj Land’s End has emerged as a favoured spot as well.

When in New Delhi, it has to The Imperial. Voted by travellers as one among Asia’s finest and built in a contemporary colonial style, the city’s powerful can be seen at either the 1911 bar or the Patiala Peg. And Spice Route, the Chinese restaurant at the hotel, seems to be the preferred choice for dining. That said, it must be added that when politicians are involved, they don’t like to be seen socialising with business types in public. Which is why, they prefer to book private suites or use one of the sprawling farm houses on the outskirts of the city.
Move to the South and the Garden City’s top brass can often be found at the Polo Club in the Oberoi. The hotel is known for its use of landscaping, and the Polo club’s ambience gets it just right, with three kinds of seating: garden, terrace and indoor. The calm is enhanced by a quiet fountain in the garden. Even full, the Polo Club muffles cutlery clatter and conversation, and its unfussy cuisine lets you concentrate on your meeting. “It is the ideal blend of being indoors, but with all the benefits of being outdoors,” says Anand Khandwala of Syratron Marketing. “You get to enjoy the cool Bangalore air with the Old Rain Tree as your constant companion.”
The Leela Kempinski houses two other favourite power spots. The Royal Club exudes exclusivity: Fewer tables, classy décor, the odd head of national identity project among its patrons. Members only, naturally. The Library Bar is more democratic, with indoor and outdoor seating. The indoors area, with its dark wood furniture, is all about atmosphere. Outdoors, well, there’s Bangalore’s weather!
In Chennai, tradition rules. It’s no surprise that the Taj Coramandel’s Southern Spice is a favourite with the top shots. There’s Carnatic music playing softly in the background; and the food is served, not in china but in traditional utensils. Location helps — the hotel is in the heart of the city — and privacy is guaranteed, with everyone getting their own private corners. K. Ramakrishnan, ED & Head, Investment Banking of Spark Capital calls it “The quintessential epicentre of deal making in Chennai.” 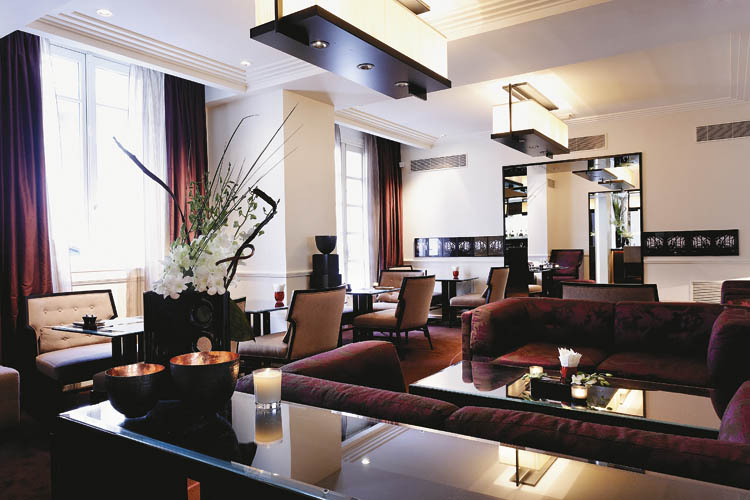 It’s not just the locals; the place is also a favourite with North Indian visitors. Another popular choice is the Dome at Le Meridien. Location rules here: “Its big plus is the proximity to the airport,” says C. Venkat Subramanyam, director of Veda Corporate Advisors, a boutique investment firm. “It’s ideal for those who come swinging in and swinging by.” It serves light snacks and coffee, just right for those who want to get into business quick and fast.
And when in Kolkata, there is no other place to be, but the Tollygunge Club — Tolly to regulars. Spread over 100 acres with a clubhouse that is 200 years old, this is where the bhadralok congregate to talk over a round of golf or bridge; or at one of its four restaurants and five bars.
Global Hot Spots
Hong Kong
The Mandarin Grill is where the city’s power brokers seal deals over a swift lunch. Once dark and masculine, the grill is now light and airy, thanks to a 2006 remodel by Sir Terence Conran. Now, the Grill boasts an open kitchen and raw bar, so you can watch your oysters being shucked and sashimi being carved. The wine list and service are both excellent.
Tokyo
When the Michelin guide bestowed three coveted stars on Hamadaya, the landmark Tokyo restaurant, last year, it was no surprise to the diplomats, bankers and corporate bigwigs who’ve been dining
here for years. The Japanese traditionally like to conduct business behind closed doors, and Hamadaya, which opened in 1912, offers several private tatami (floor mat) rooms that overlook a Japanese garden. This “ryotei” restaurant serves kaiseki,  or very haute cuisine, and rotates its  menu weekly.
New York City
The Grill at Four Seasons continues to hum at lunch. Jackets are still required at the place where the term “power lunch” was coined. The cuisine is contemporary continental, but as managing partner Alex von Bidder points out, “Regulars hardly ever order off the menu.” Loyal A-listers from Michael Eisner to Cathleen Black, head of Hearst Publications, are lavished with personal attention.
Madrid
For decades — since 1945, actually — Madrid’s most influential leaders, political and otherwise, have come to Jockey to hobnob. Heads of state, corporate chieftains, international celebrities and diplomats keep coming back for the “clubby” atmosphere, but also for a gastronomic experience that rivals any of Madrid’s hipper newcomers. Dress smartly or they’ll loan you a tie.
Paris
The new power lunch venue du jour is Senso, in the revamped La Trémoille Hotel, smack in the heart of the eighth arrondissement, near the Champs Elysees. The décor is silver sleek and modern, matching the contemporary French cuisine (squid stuffed with chorizo). In the über-cool bar, the ceiling lighting shifts from red to blue during the day.