The Games have had socio-political ramifications since their inception in 1896. Today, they stand more sanitised but no less significant 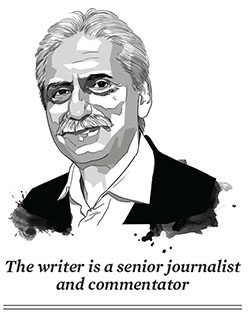 My most memorable experience in sports has to be the Seoul Olympics in 1988. Maybe that’s incorrect, for the London Games in 2012 is not a whit behind. Point I’m trying to make is that the Olympics is special, matchless and the most compelling sports event in human history.

I must confess to being somewhat sceptical about what the Games held—and meant—when I boarded the flight to Seoul in 1988. Was the hype and hoopla justified or was the Olympics just a grand soiree for athletes who were performing elsewhere too, often with better timings and records? The opening ceremony dispelled most doubts. Sitting in the main stadium in Seoul while the contingents marched past was a stunning experience: When the India team arrived, one couldn’t help but shed tears.

Two other experiences in Seoul ‘enlightened’ me about the Olympics. In the first, Ben Johnson, after beating Carl Lewis in the 100 m sprint (Race of The Century it was tom-tommed), was found guilty of taking the anabolic steroid stanozolol and stripped of his gold medal. Finding there were cheats even at the Olympics was extremely distressing. But a few days later, I saw British decathlete Daley Thompson, then world champion, finish all his disciplines despite being injured. “Participating at the Olympics is the highest honour, bigger than winning the gold medal,” he said. My faith had been restored.

The spirit of nationalism is naked and profound at the Olympics, sometimes to the detriment of its ideals, but in its wider scope, I would like to be believe still for the betterment of the world. Winning medals is paramount, yet the Olympics is also about bringing the human race together. In the fortnight that the Games are held (once every four years), there is a reminder to all of us how fractious our world is, but also how amity is possible.

This fortnight also showcases the best and most sporting talent in the world. There is drama and melodrama, stories of great ecstasy and agony as years of toil and training either bear reward or end in disappointment.

At a philosophical level, excellence at sport is not just about diet, training, skills and technique, but essentially of human spirit set free from its limitations to soar and seek new heights. “The Olympics remain the most compelling search for excellence that exists in sport, and maybe in life itself,” says Dawn Fraser, Australian swimmer and Olympic gold medallist in 1956, 1960 and 1964.

Nobody has said it better.

Women In Olympics
The 2012 Olympics achieved a memorable breakthrough when all 205 participating countries sent a woman participant—including the Kingdom of Saudi Arabia, Qatar and Brunei.
The Saudi Arabian contingent had only two female athletes—Wojdan Ali Seraj Abdulrahim in judo and Sarah Attar in the 800 m run. Technically, neither athlete had ‘qualified’, but the International Olympic Committee (IOC) made the concessions.

The breakdown of decades of socio-religious-cultural barriers that had prevented women from several countries—mainly Islamic—being at the Olympics was significant. The IOC’s quest for gender equality had taken years of cajoling for these countries to relent.

Interestingly, 40 percent of the 10,500 athletes at the London Games were women. In the US contingent, women outnumbered men and were only a little behind where China was concerned.

The rise of women in the Olympics in the 21st century contrasts starkly with what the situation was when the modern Games started in 1896 where there was no female athlete! Indeed, Baron Pierre De Coubertin, who gave vision and life to the new Games, saw women as retrograde to the Olympic movement: He believed their participation “impractical, uninteresting, unaesthetic, and incorrect’’!

Till the 1928 Olympics, women weren’t allowed to participate in track and field events. The rise in number was steady in the next four decades, but grew rapidly after the women’s liberation movement began to echo across the world. Just how much women matter in establishing a country’s sporting prowess comes through clearly in the medal tallies of the US, China, Australia, Russia, Jamaica and West and East Europe: The division of spoils between the genders shows only minor skew either way.

In stark contrast is the performance of countries with few women athletes. For instance, in the 2004 Athens Olympics, women formed 39 percent of the total athletes, but only nine percent from 57 Islamic countries that won 47 medals (13 gold), a paltry number despite a relatively high per capita income.

The lesson from this is not just for Islamic countries, but also for India where women are still kept out of sports for reasons of poverty, low income, social taboo, early marriage, etc. You can’t become a sporting nation if 50 percent of your population is deprived of opportunity. 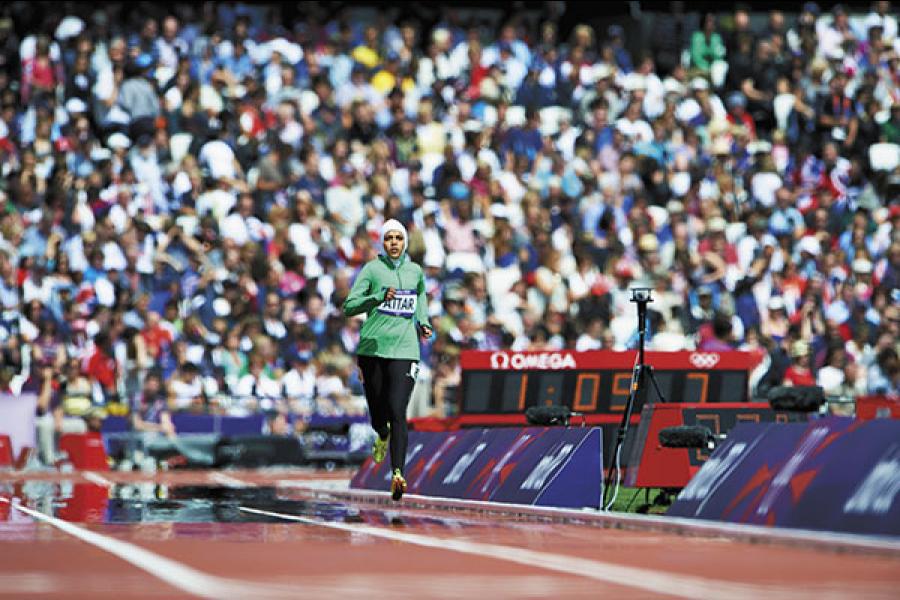 Image: Bill Frakes / Sports Illustrated / Getty Images
Saudi Arabia’s Sarah Attar during the 800 m run at the 2012 Olympics. She was one of two women athletes representing her country at the London Games

Politics At The Olympics
The moral underpinning for the modern Olympics may have been global amity through sport, but in reality it has become a potent platform for expressing nationalism and ideological one-upmanship. The lofty ideal that “participation is more important than winning”, as propagated by De Coubertin, has actually been little more than lip service as experiential evidence would bear out.

National honour and prestige have dominated to such an extent that the Games have not remained apolitical. Perhaps they never were, for even the Baron, a true-blue French patriot, had seen the Olympics as an expression of France’s old grandeur, economic and military might.

Given its massive global appeal, the Olympics were soon seen as the best propaganda platform by countries. This found expression on and off the field, often with chillingly gruesome consequences. The race for medals (as a sign of national or ideological superiority) has led to malpractices like doping that have sullied the touted ethos of the Olympics. The collapse of communism has revealed how many East European countries were actually like factories producing dope-induced super athletes during the Cold War.

But this was not a one-sided affair, as the Ben Johnson saga reveals.

The politicisation of the Olympics went way beyond the quest for medals though. Adolf Hitler sought to showcase the 1936 Berlin Games as an example of Nazi (and Aryan) superiority. That he failed is another story altogether.

Boycotts have been a regular feature of the Olympics, the most significant being China’s absence from 1956 to 1984 because of the IOC giving recognition to Taiwan and almost the entire West boycotting the 1980 Moscow Olympics to protest the (then) USSR’s invasion of Afghanistan.

The Olympics have also been used for protests, most tellingly in 1968 at Mexico. Tommie Smith and John Carlos, who won the gold and bronze respectively in the 200 m, gave a Black Power salute on the podium that brought global attention to the issue of racial discrimination in the US.

What happened in Munich 1972, however, was the most brutal when members affiliated to the Palestinian terror group Black September kidnapped and assassinated 11 Israeli athletes and one German policeman. Since then, the Olympics have been the most sanitised, most heavily secured sports event in the world.

The India Story
India has participated in all 27 Olympics held so far, winning 26 medals overall. If this represents a bleak success ratio, the picture gets even more embarrassing when you consider that two of these medals (both silver) are to the credit of Norman Pritchard, essentially an Englishman, at the 1900 Paris Games, and that 11 (8 gold, 1 silver, 2 bronze) have come from one sport alone, field hockey.

There is no medal in athletics, considered the essence of the Games. Both Milkha Singh (Tokyo 1964) and PT Usha (Los Angeles 1984) agonisingly missed out on a bronze by a whisker, the best by Indian track and field stars.

Overall, India has only 9 gold medals, of which only one is for an individual event—Abhinav Bindra in shooting at the 2008 Beijing Games. Bindra has qualified for the 2016 Rio Games too. Wrestler Sushil Kumar, who hasn’t qualified for the 2016 Games, is the only Indian to have won two medals—bronze in 2008, silver in 2012. These are shameful numbers for a country of a billion plus, but they also tell a story of how sport has been prioritised (or not) in the country.

The message that India is not a ‘sporting nation’ comes through tellingly. Yet, there is a silver lining to the dark cloud from the fact that in the 2012 Olympics, six medals (2 silver, 4 bronze) were won. This was twice the number of those won at Beijing. Even if the numbers are meagre, they suggest an encouraging upward trend that could see a multiplier effect if the sports agenda in the country is carried out with diligence and ambition.

Essentially, this means a two-pronged effort: In the short term to focus on disciplines like shooting, wrestling, boxing and archery where Indians have shown proficiency. Simultaneously, the message of sport has to be propagated (and backed) at the grassroots level in all disciplines, with special focus on girls for reasons explained elsewhere.

The writer is a senior journalist and commentator