The Ranch promises to be the 'coolest' hotel in Laguna Beach

Hobie owner Mark Christy charts a new course with the opening of a luxury hotel in his hometown: The Ranch at Laguna Beach 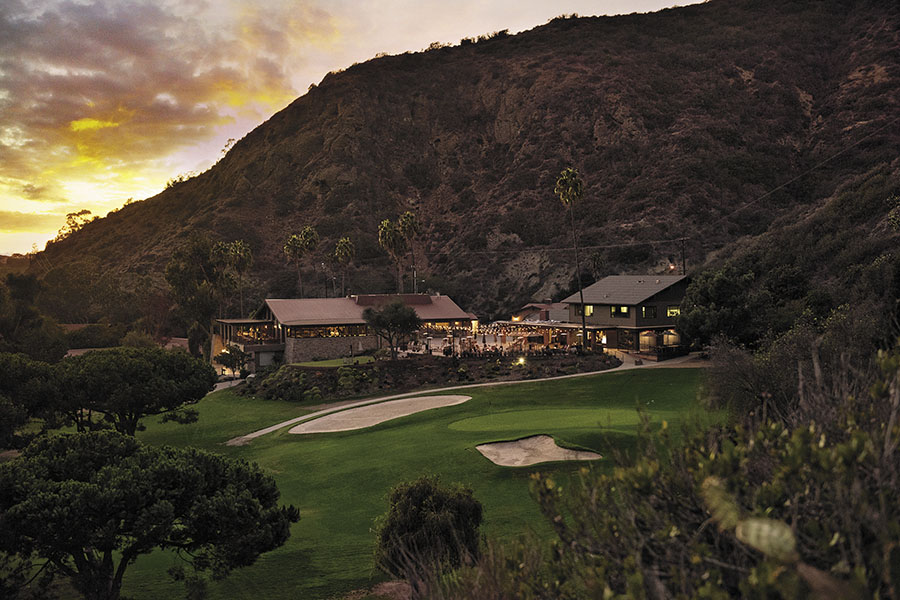 To a tee: Christy’s 97-room hideaway stretches around a nine-hole golf course where he plays barefoot with Jimmy Buffett. Overleaf: The hotel was rebuilt so that it still feels organic to Laguna Beach

Mark Christy was seven years old when his father taught him to play golf on Ben Brown’s course in Laguna Beach, California. As a lot of locals did, the Christy family celebrated good report cards and big promotions at the clubhouse restaurant. Some 20 years later, on that same course, the nascent entrepreneur formed a friendship with a partner on a few of his real estate deals, Hobie Alter, the inventor of the Hobie Cat catamaran, and a pioneer of contemporary surf culture.

Now 57, Christy has been the owner and president of Hobie Sports for 20 years, ever since Alter recommended that he be the one to acquire it from the previous ownership. He is now also the proud owner of that golf course, the resort that it’s part of and 87 acres of gorgeous canyon land that he calls the “Yosemite of Laguna Beach”. Over three years and an eight-figure investment after he closed the deal in 2013, Christy has reimagined and reopened the property as The Ranch at Laguna Beach.

“I’ve had a life full of serendipitous opportunities,” Christy says. “This is one of them.” While this is his first hotel project, he’s been involved in local real estate and restoration for decades and says, “Anything vintage Laguna Beach is the holy grail for me.”

His dream deal hinged on hometown boosterism, personal connections and patience. During the 1990s, Christy began talking to the owners, Violet and Ben Brown, about the property, asking that they reach out to him first if they ever wanted to sell it. They said they would but didn’t, selling instead to the development company behind Montage, the luxury beachfront resort just across the street. Montage had ambitious, not entirely popular plans for developing the Browns’ land but was never able to get them off the ground. “They didn’t get the [local] reverence for the place,” Christy notes. “I said, ‘When you decide to sell, call me’.” 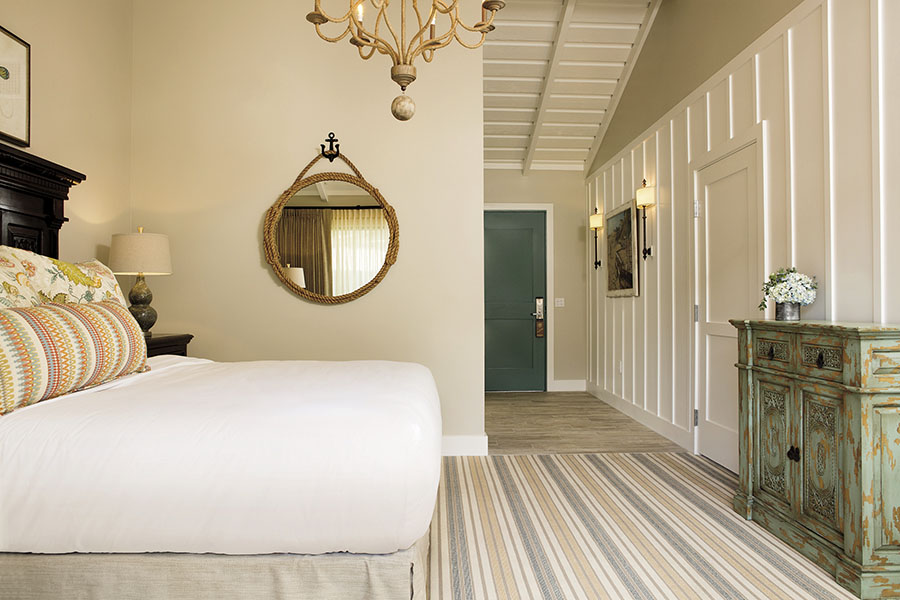 Nearly a decade later, Christy was playing in a local ping-pong tournament quarterfinal when a fellow competitor, who was the centre fielder on his softball team and happened to be a higher-up at Montage, told him to forfeit his match. “‘This conversation needs to happen right now’,” Christy recalls him saying. And so, sitting on a wall with beverages in red plastic cups, the two men hashed it out and closed the deal with a handshake.

“I know other firms made better offers,” Christy says. “But they honoured my deal because they knew I was the right answer. That I’m somebody who would want to preserve this place for another 60 years.” He adds, “I have no exit strategy. I want to give this place to my kids.”

Creating it turned out to be a big undertaking. The name The Ranch at Laguna Beach is drawn from the property’s history—the homestead, which was built in 1871, was originally a watermelon farm and became known locally as “the ranch”. The inn opened in 1962. “To say the buildings were frozen in time would be a gross understatement,” Christy says. “It was held together with toilet paper and spit. Some rooms still had rotary phones.”

Christy and his engineering team stripped the hotel down to the studs and essentially started over, reconfiguring the buildings to encompass 97 guest rooms and bringing everything up to code (with up-to-date phones). “Our philosophy was do it once and do it right. We took utilities underground because I don’t want to look at wires. We went for greatness in terms of making this old girl look sharp.

“My job was to not screw it up,” Christy says. “It’s so magical. It felt that way to everyone. I wanted to polish the diamond that was always there. I wanted it to look and feel like it had grown out of the canyon rather than plopped down there. There’s an organic feel to it.”

His sister, Laurie Alter, with whom he co-owns the popular Tuvalu Home Environment furnishings store in Laguna Beach (and the wife of Hobie’s son), designed the rooms to have the vibe of a small beach town, including rustic rope chandeliers, patterned tile backsplashes and vintage-looking distressed-leather couches.

Christy’s goal was to have the “coolest” hotel in Laguna Beach. He chose the word carefully; the coolest hotels, he says, aren’t full of traditional signifiers of luxury but are more soulful, more connected to a place. To that end, The Ranch at Laguna Beach features things you wouldn’t normally see in a southern California hotel, like a sand volleyball court, a bocce court and a scalloped saline pool that’s original to the property (and the expected niceties, like a spa, morning yoga and a farm-to-table restaurant).

Even though he’s been spending 60 hours a week fine-tuning The Ranch (on top of his day job at Hobie), Christy tries to play golf every Friday at Ben Brown’s, which he has made more environmentally friendly by installing a recycled-water system. (He is a founding member of the Laguna Canyon Conservancy.) He walks the nine-hole course barefoot, carries just three clubs and two balls and doesn’t keep score. “We appreciate the game. It’s about being in the moment,” he says, noting that deer often graze alongside the fairways. One of his current barefoot buddies is Jimmy Buffett, who told him that he wouldn’t want to play any other way anymore.

“It pays to be outside the box,” Christy says of his serendipitous serial entrepreneurship. “I’ve never owned a box. This restoration has been a three-year labour of love and respect, with incredibly long hours and virtually no time off. But it follows one of the mantras of Hobie Alter himself: ‘If it’s fun, it’s never work. And if it isn’t fun, it’ll never work’.”