Taxing by Hook or Crook

A minimum tax on gross assets is neither a new idea nor devoid of economic rationale. But the government must be gentle in enforcing it

It is said that a society gets the taxman it deserves. In countries where under-reporting of income is common, governments use tax variations to extract the money due to them. India has now added a clause to the Minimum Alternate Tax (MAT) to ensure that companies pay up!

The draft of the new Direct Tax Code proposes to levy a 2 percent MAT on a company’s gross assets, where applicable. This means that firms must to pay income tax on their profits or MAT on their assets, whichever is higher. 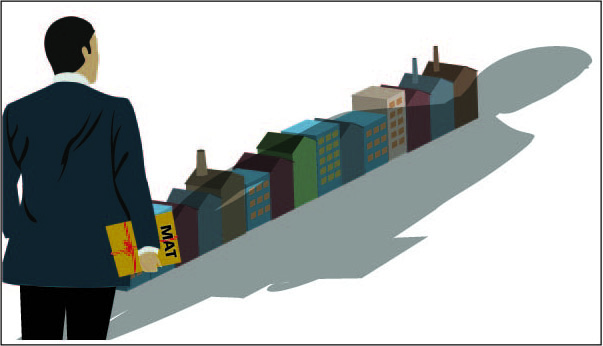 1987 - Section 115J. Introduced by Rajiv Gandhi. The first avatar of MAT. Ensured zero-tax companies pay a tax of at least 15% of book profits. Abolished in 1990 by Madhu Dhandavate.

The government contends that if gross assets are taxed, companies will make optimum use of their assets, leading to greater economic efficiency. In reality, it is well known that a lot of companies under-report revenues. With a tax on gross assets this phenomenon is expected to diminish.
India Inc. however views this in a different light. “The tax code is draconian and as an industry we have protested. Direct tax is supposed to be taxed on profits and not on assets. This will affect capital formation.” says Sunirmal Talukdar, chief financial officer of Hindalco. His argument is that entrepreneurs will be discouraged from creating assets if they have to pay tax on them.
MAT has always been a contentious issue. An early avatar of MAT was introduced back in 1983. Rajiv Gandhi thought it didn’t work and introduced a full-fledged minimum tax in 1987. It was abandoned in 1994. Two years later, the then finance minister, P. Chidambaram, launched the current form of MAT to counter the rapid increase of zero-tax companies.
Today, 50,000 odd companies pay some form of tax even though 4.5 lakh companies file income-tax returns every year. The tax on gross assets is a concept borrowed from countries like Argentina and Mexico that had to deal with tax evasion problems – just like India.
“MAT was introduced to get those people into the net who could avoid it through creative accounting. It’s not really aimed at efficiency, its more about reducing tax evasion,” explains D.K. Joshi, chief economist, CRISIL. But a blanket levy on all industries will not go down well with companies, especially capital intensive ones.
Our Take
There is a risk that the tax may serve as a deterrent for people against investing in capital intensive industries. If MAT has to be implemented, these industries can be given an exemption for a specified number of years before MAT kicks in. In Argentina, there is allowance for the gestation period. In Mexico too, tax is not levied during the year in which the enterprise was started and the following three years of its operations.
Another option is to follow the same path as the service tax which began at nominal 5 percent but could rise to something like 15 or 17.5 percent with the advent of goods and services tax. But the low starting rate gained it acceptability.

So, instead of taxing companies at 2 percent of gross assets, the government can start at 0.5 percent or 1 percent and gradually move up. And then, it must think of ways to reward India Inc. for enhanced compliance.