More Than A Handshake Deal

When a business contract is concluded in the Western world, the parties typically shake hands on it. In some cultures, though, the handshake means that serious negotiations are just about to begin.

Managers of international firms generally agree that it’s important to understand cultural differences between parties to a contract. But are those differences actually reflected in the written contract itself? 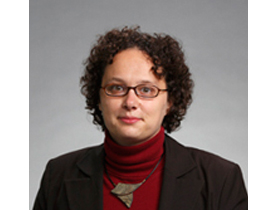 Working with a large international European-based manufacturing firm, Ribbink reviewed 180 contracts with buyers and suppliers from all over the world. The contracts covered a wide variety of subject matter from the purchase of raw materials to the maintenance of fork lift trucks. “Many of the contracts were confidential, and for large sums money,” she says. “It was a unique data set.” Ribbink also interviewed managers about their experiences in negotiating these contracts.

To study the impact of culture on these contracts, Ribbink created a measure of cultural distance between countries. This measure was based on the work of Maastricht University professor Geert Hofstede, who is world renowned for his research on managing cultural diversity. Every contract was broken down into 19 different dimensions, such as conditions for packaging and labelling, standards for health and safety, or corporate social responsibility.

Ribbink found that international contracts got more complete as the cultural distance increased. “The more different the parties were culturally, the more clauses were included in the contract,” she says. For example, a contract with China was considerably more complete than a contract with a neighbouring European country. These findings were consistent all along the cultural distance continuum.

In future work Ribbink hopes to identify whether there are patterns to the kinds of clauses added when cultural distance widens. She also hopes to look at whether relationships are more successful when the contracts are more complete.

Although managers of the firm generally understood the importance of cultural differences in negotiations, Ribbink found that they were not as aware that these differences played out in the written contracts themselves. “When dealing with China, for example, managers tended to be more explicit about certain terms, but it wasn’t something that was consciously done,” she says.

Ribbink’s study is the first to show that cultural difference has a systematic effect on how a company sets up its written contracts. “My research provides additional support to the notion that culture and cultural differences matter in business negotiations,” says Ribbink. “These differences are reflected in the written contract, and it is something that managers need to take into account when dealing internationally.”

Ribbink suggests that firm managers try to standardize their contracts to reflect cultural differences. “Managers shouldn’t use the same contract with a party in Asia as they would in their own country,” she says. “Because an Asian party might understand the contract differently, or not understand it completely, additional clauses might be needed.”

At the same time, she adds, managers need to understand that contracts can never be completely standardized. “When writing a contract managers have to be flexible and aware that the contract needs to be adapted to the end supplier.”