Who will take the reins when China’s first generation of entrepreneurs retires?

2011 will force China Inc. to come of age, according to my little crystal ball. For the first time since China’s economic reforms began, CEO succession is threatening to become a major problem, particularly for globally competitive companies such as Haier, Huawei, and Lenovo. Their founders – China’s first generation of entrepreneurs – are nearing retirement, so these companies’ futures hinge on how effectively the incumbents manage leadership transitions. Indeed, the choices the founder-CEOs make may well reshape their companies, as well as the Chinese economy.

Consider, for example, the Shenzhen-based Huawei, which has become the world’s second-largest telecommunications equipment-maker. Its biggest shareholder is a trade union representing 64% of the company’s employees that owns 98.58% of the stock, while founder-CEO Ren Zhengfei holds the remaining 1.42%. In November 2010, news broke in China that several of Huawei’s top executives – including Chairperson Ms. Sun Yafang and Xu Zhiping, the products and solutions division’s president – were planning to step down. Why? Because Ren Zhengfei wanted his son, Ren Ping, to eventually take over as CEO, and planned to appoint his daughter, Meng Wanzhou, currently a senior finance manager, as Huawei’s chief finance officer. 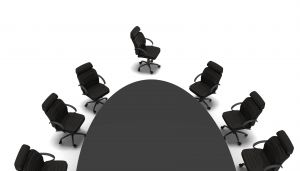 One week later, Huawei refuted this news as rumours, and soon Sun Yafang was re-elected chairwoman of the new directorate. But given Ren’s age and his Mao-style leadership, I still believe that there is something behind this “rumour.” Maybe Ren is using the rumour to test public response. As long as he didn’t exclude the possibility of giving the reins to his son, there is still a chance for his son to make another attempt in a few years. Ms. Sun Yafang, currently No.2, is not a likely successor, given her age of 55.

Ren Zhengfei has proven to be a dynamic and visionary entrepreneur, but is it wise to turn Huawei or any other Chinese company into a family business? In other countries, particularly in emerging markets, many business families have appointed professional managers to lead the companies they set up while the founding families have carved out different roles for themselves. Don’t forget, most family businesses don’t survive beyond the third generation. Besides, it’s debatable whether the creation of family businesses will go down well in socialist China.

At the same time, Ren Zhengfei’s desire to keep it in the family is understandable. In the late 1990s, he promoted Li Yinan, a dynamic young executive, to be his second in command and possible successor. However, Li Yinan left Huawei in 2000 to start a rival company that became a strong competitor, and Ren Zhengfei felt betrayed even though Huawei bought that company in 2006. That’s partly why Ren Zhengfei is convinced that blood is thicker than water.

However, Huawei doesn’t have a transparent management system so it isn’t clear if Ren Jr. is taking over because he’s the most competent person to do so; because of nepotism; or because he offers the best chance of preventing a tussle for control between Huawei’s senior executives. In fact, Ren Zhengfei’s top team, whose members have worked together for almost 10 years, appear to be divided over whether Ren Ping should join their ranks.

Succession isn’t easy for successful companies, but it’s tougher in China for many reasons.

First, Chinese founders, such as Hutchison Whampoa’s Li Ka-Shing, expect their sons to take over the family business. Interpersonal trust is low in the country unless people are related by blood.

Second, the founder-CEOs have become larger-than-life figures; expect to continue to play a part in their organizations long after they step down; and make it difficult for successors to step out of their long shadows. Li Ka-Shing may be 83 years old, but he is still the company’s life and soul. Vanke founder Wang Shi and Lenovo founder Liu Chuanzhi have both appointed new CEOs as their successors, but they are still the soul of the company so far. Most other companies including Haier are still struggling with this tough issue. Third, most Chinese companies don’t have transparent structures or effective corporate governance systems, which makes the succession process even tougher. Zhang Lan, the founder of the well-known restaurant group, South Beauty, recently pointed out that establishing a corporate governance system and succession policies are necessary because a business won’t survive with just a charismatic leader. Most recently, Zhang Lan invited Ms. Rebecca Wei, once global managing partner of McKinsey, to take the CEO position of South Beauty.

Some scholars say that China should cultivate professional managers to take over enterprises in place of incapable or unwilling successors. The downside will be an adverse impact on the quality of entrepreneurship, which has propelled many Chinese companies to the top. Clearly, Chinese executives have no choice but to grow up quickly and develop effective “succession plans with Chinese characteristics.”

Tweets by @forbesindia
12 Big Debates That Define Our Times, Settled
More Than A Handshake Deal