Power and Choice: Their Dynamic Interplay in Quenching the Thirst for Personal Control

If power or choice is taken away, providing the other source of personal control might buffer individuals from a negative reaction 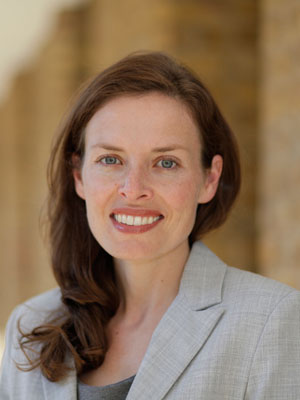 Power and choice represent two important forces that govern many aspects of human behaviour. Possessing power--one’s relative control over others or valued resources in social relations -- has been shown to affect our decision making, ability to take action, focus on personal goals, and resistance to persuasion and conformity. Similarly, having choice--the ability to select a preferred course of action --also fundamentally affects our psychology, from increasing positive affect and satisfaction to improving task persistence and cognitive performance.

Until recently, power and choice occupied separate islands within the literature. Power has largely been conceptualized as an interpersonal construct involving relative dependence on and influence over other individuals. In contrast, choice has typically been conceptualized as an intrapersonal construct whereby an individual either has or lacks the ability to select paths and options.

Despite being conceptually distinct, my colleagues and I believed that  power and choice share an important common attribute: they both satisfy the need for personal control, the belief that events are influenced by and contingent upon one’s own behaviour and not upon fate, circumstances, other people, or uncontrollable physical forces. Just as people strive to restore control when it is lost or threatened,  individuals who lack power seek to enhance their relative status  and those whose choice is constrained engage in behaviours aimed at reinstating their freedom.

Our proposition that power and choice both represent sources of personal control was consistent with past research. Power has been shown to make people believe they have control over all manner of resources and outcomes -- including those that are determined by chance. Similarly, choice has long been used to provide personal control. Although the exercise of choice allows individuals to experience a contingency between one’s actions and subsequent outcomes, choice and control are separable both theoretically and empirically. A sense of control can be influenced by factors other than choice, such as involvement, predictability, and performance feedback,  and choice does not always provide a sense of control -- for example when the available options are undifferentiated or the choice is extrinsically motivated.

Our first hypothesis, the ‘substitutability hypothesis’, tested the idea that because both power and choice serve the common purpose of satisfying the need for personal control, they can substitute for one another: when people are deprived of one source of personal control (e.g., power), they can seek out and satisfy the need for control through a separate source (e.g., choice). This notion of ‘substitutability’ is compatible with past findings showing that people are quite flexible in utilizing different, interchangeable means of restoring motivational deficits .

For example, given that certainty and belongingness are two routes to satisfying the basic need for meaning, individuals who experience a threat to their sense of certainty are more likely to demonstrate intergroup bias, favouring the ‘in-group’ as a substitute means of increasing belongingness. Similarly, when the belief in an orderly and non-random world is threatened by, say, an unstable government or an experience of reduced personal control, people are more likely to endorse order-preserving religious institutions  and to perceive patterns in random data  in an effort to restore a perception of order.

Our second hypothesis, the ‘threshold hypothesis’, referred to the diminished motivation that ensues when a basic need is already satisfied. Just as people do not strive to maximize their sense of order, belongingness, or meaning, they are not expected to strive to maximize their sense of personal control. Rather, people seek to maintain some ideal level. If power and choice represent substitutable sources of personal control, then each may independently meet this required threshold: when one source of personal control is available (e.g., power), additional sources of control (e.g., choice) will provide diminishing benefits, if any at all.

Thus, although power and choice differ strikingly in their interpersonal versus intrapersonal nature, we felt that they may have more in common than previously recognized, and that their relationship could shed insight into the manner in which the need for control operates.

We tested our hypotheses across six experiments. The first four manipulated either power or choice and tested the substitutability hypothesis by measuring the desire for the other source of control, while the last two manipulated power and choice to test both the substitutability and the threshold hypotheses. For complete details of our experiments, visit http://pss.sagepub.com/content/22/8/1042.full.pdf+html

What we found has important implications that span the power and choice literatures: although power has been defined at the interpersonal level and choice at the intrapersonal level, their common roots in personal control provide novel insights into the behaviour of people experiencing a lack of power or choice. People with low power compensate by seeking out greater choice, and people with a lack of choice compensate by seeking out jobs or products that are associated with power. These findings also contribute to the literature on personal control, by showing that different sources of control can be interchangeable and that control does not need to be maximized via all the sources but can be satiated through one source.

Our research suggests that if power or choice is taken away, providing the other source of personal control might buffer individuals from a negative reaction. We also predict that a similar dynamic would likely emerge among other sources of control. This does not mean that any threat can be addressed by seeking control; rather, any threat with the common denominator of control is capable of being assuaged through a variety of actions associated with control.

In closing
In the end, control is a central force of human behaviour that operates much like thirst: the need to drink only emerges when water levels are depleted; it can be satiated through a variety of fluids; and once one has drunk enough, there is no further benefit from drinking in greater quantities or from different sources. As we were able to demonstrate, power satisfies the thirst for choice and choice quenches the desire for power because each replenishes a sense of control.