Why the future belongs to the curious

Curiosity is of two types: diversive and epistemic. British journalist Ian Leslie explains the difference between the two 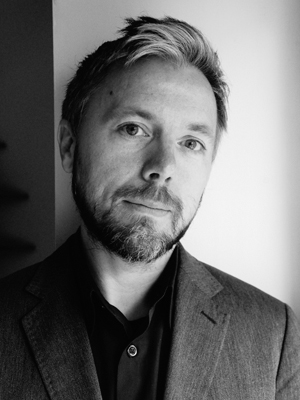 Ian Leslie is the London-based author of 'Curious: The Desire to Know and Why Your Future Depends Upon It'

Q. How did you become curious enough about curiosity to write a book on the subject?
It has always struck me that, while people can be loud or quiet, kind or cruel, one of the biggest differences is whether they’re curious or incurious. You can tell as soon as you start talking to someone: not only are curious people more interested in you, they are interested in whatever subject comes up. There’s a light behind the eyes of a curious person.

I started to realize that many of the books and articles I was reading mentioned that businesses, regardless of industry,are seeking to hire curious people. It’s one of the top things leaders say they’re looking for: they want to hire people who are creative, who are good collaborators, and who are curious. It occurred to me, here is this massive social distinction that everybody recognizes, and it has become a tremendously important quality in business—but nobody has really explored what it is and how it works.

Q. Historically, curiosity has had its ups and downs. Why the not-always-positive reputation?
For most of history, curiosity was frowned upon and seen as a vice. It’s only in the 300 years since the Enlightenment that it has become cool to be curious. For hundreds of years before that, questioning established knowledge or the established order of things was viewed as dangerous.

There’s a great quote from Vladimir Nabokov: “Curiosity is the purest form of insubordination.” It can be seen as deviant, because it takes you off of approved pathways and leads you into areas that, perhaps, the people in power don’t want you to be asking about. Even in modern-day authoritarian societies, you will still find widespread disapproval of curiosity, because it entails people getting interested in things for their own sake.

You describe two kinds of curiosity — diversive and epistemic. What is the difference between the two?
‘Diversive curiosity’ is the most basic form of curiosity—the type we are all born with. It consists of a hunger for novelty and a desire for the new, and it’s the reason why, when we see something bright and shiny, we are immediately attracted to it. Small children are full of diversive curiosity. They’re always racing around opening cupboards to see what’s in there, or  picking up dirt and putting it in their mouth to see what it tastes like. They are engines of diversive curiosity.

Q. In your view,the Internet is a mixed blessing for curiosity. How so?
The Internet has the potential to the be the greatest tool ever created for curiosity—perhaps even more than the printing press, because access to the it is so widespread. But the fact is, it’s also great for people who are intellectually lazy — and most of us are, at least some of the time.  The Internet can exacerbate this in two ways.

There’s a great quote in the book from Reddit, where somebody posed the question, “If someone from the 1950s suddenly appeared today, what would be the most difficult thing to explain to them about modern life?” And the most highly rated answer was this: “I possess a device, in my pocket, that is capable of accessing the entirety of information known to man. I use it to look at pictures of cats and get into arguments with strangers.” That pretty much sums up the potential and the problem with the Internet.

The second, slightly more nuanced, danger of the Internet is that it’s so good at providing us with easy answers that we can lose our ability to ask good questions. Google and Wikipedia are both fantastic in their own way. They provide us with a stream of instant answers, but because curiosity expands and incubates in the gaps between questions and answers, if you’re easily satisfied with the answer you get, you’ll stop thinking about the question.Too often, the Internet is used as a shortcut to knowledge, while curiosity is really about taking the long way around.

Q. Many people now feel that the memorization of facts should cease to be a central component of education. What is your view?
The rote learning of facts has gotten a bad rap. The people who are against it say that ‘facts are just arbitrary bits of knowledge, and kids don’t need to know the date of, say, the French Revolution—they can just look it up’. But to say that is to betray a fatal misunderstanding of the way the brain works, and the way that people learn.

The hardest part about learning is getting those first bits of knowledge learned properly and filed into your long-term memory. Our short-term memory—or ‘working memory’—is very weak. The number of items we can hold in our brain at any one time is about seven, at best; and we can only do two or three operations at once. In our long-term memory, we can hold much more: it’s a much bigger database that is stored unconsciously, and it’s capable of performing all sorts of operations in parallel. This is why the whole trick of learning something—whether it’s history or a new skill—is to get as much knowledge packed into your long-term memory as possible.

Q. What is a ‘foxhog’, and why should we want to be one?
This comes from a Greek fable that Isaiah Berlin made famous. The gist of it is, the fox knows many things, he is very clever; but the hedgehog only knows one thing: spikes up, curl into a ball. He doesn’t need any other tricks. And so the hedgehog is a specialist, and the fox is a generalist. What I’m saying is, it used to be OK to be a fox, but increasingly, you also need to be a hedgehog. But you can’t just be a hedgehog/specialist: ideally, you should be a specialist with a wide-ranging base of knowledge and a huge curiosity. You need to be both today: you need to be a ‘foxhog’.

As people think about their careers, they are asking, “Should I be a specialist or a generalist?” In the last 50 years or so, the trend has been towards greater specializations—and this is true in academia as well as business. In say, advertising—which is the field I work in—to say that you’re an adman like Don Draper doesn’t cut it anymore. You’ve got to be ‘a social media expert’ or ‘a sponsorship expert’ or ‘a brand strategist’. And that is true across the board, in every industry.

However, there’s a counter-trend to that now, which means that it actually pays to have a generalist mindset as well, and that’s because people are collaborating more with people from many different disciplines. As industries get more complex, you need a lot of different skills at the table to execute any project successfully.To work well in a team, to be a good team player and collaborator, you need to quickly understand what the other guys are doing, and people who do that best are curious people. Even though they’re specialists in one particular discipline, they’ll have some generalist knowledge, and a lot of interest in what the other people are doing and saying. That enables them to bridge the expertise with different people in their company, and today, that is an incredibly valuable skill.

Q. You write that organizational success usually isn’t good for curiosity, since it can breed overconfidence. Please explain.
There is a tendency for businesses that are reasonably successful to become effectively ‘incurious’ about their industry. They might lost interest in how technology is changing or how consumers are changing. They’ve been using the same business model for maybe 100 years, and it’s worked pretty well. When this happens, people start looking inward, and thinking about their own job and company;they are not curious about the rest of the world anymore. And very often, that’s the point at which their organization is disrupted by smaller, hungrier and more curious competitors.

At the other end of the spectrum from complete comfort, the other killer of curiosity is severe insecurity, which manifests itself asfear. When you’re fearful, it’s very difficult to be curious. People should strive for somewhere in the middle, between complacency and fear.

Q. Why do you believe the future belongs to the curious?
There are two reasons. First, the more knowledge you acquire, the more valuable you will be in today’s economy. You can see that in the growing gap between people who have done post-graduate degrees and those who have only done short degrees or none at all. This is a generalized trend across the developed world. There are increasing returns to knowledge, and that strongly benefits the curious.

The second reason is related to industries getting so much more complex and knowledge-rich. If you’re a football coach. Thirty years ago, you only needed to know a few things: some basic tactical formations and how to give a rousing halftime talk, and you could pretty much coach a team. These days, you need to know about finance, you need to have incredible depth of tactical knowledge, you have to know about psychology and physiotherapy. There is an incredibly rich and complex set of knowledge to acquire. And that is true of just about every industry. That’s why truly curious people are going to be more valuable than ever over the next 30 years.

[Ian Leslie is the London-based author of Curious: The Desire to Know and Why Your Future Depends Upon It (BasicBooks, 2014).  He appears as a commentator on current affairs and culture for the BBC, Sky, and NPR and has worked as a brand strategist for blue-chip agencies on major UK and global brands.]

Tweets by @forbesindia
Bankruptcy Bill will ease exit process for businesses
I blame all govts for the slow pace of reforms: P Chidambaram