The list is part of a six-cover special edition featuring celebrities Alia Bhatt, AR Rahman, Deepika Padukone, Smriti Mandhana, Manoj Bajpayee and Shefali Shah. Let's take a look at our methodology to find the 50 most befitting winners that make up the Showstoppers 2022-23 list 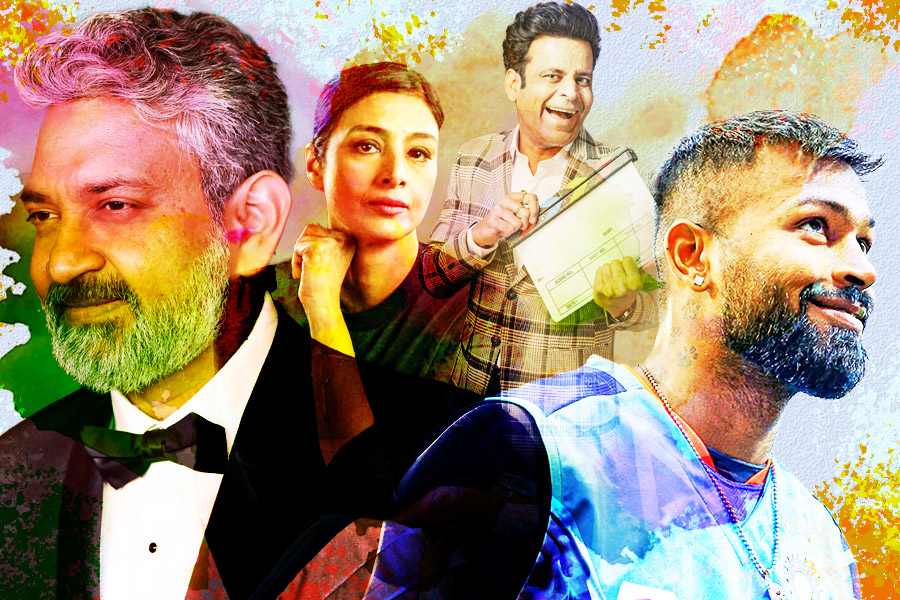 Forbes India unveils the first-ever Showstoppers edition, with a list featuring 50 personalities from entertainment and sports whose achievements have made them outperformers in their respective fields in 2022. The list of 50—20 from films, 15 from OTT and 15 from sport—is curated by a jury of experts.

The Showstoppers list is part of a six-cover special edition. There’s actor Alia Bhatt, in one of her first conversations with the media after the birth of her daughter Raha. And actors Manoj Bajpayee and Shefali Shah, who have finally got their due, thanks to OTT. The edition also tracks the rise of actor Deepika Padukone as a powerful fashion ambassador, and explores how Smriti Mandhana, opening batter for the Indian women’s cricket team, is just getting started after notching up quite a few milestones early on in her career. There’s also a profile on how, after thirty years of multiple National Awards, two Oscars and Grammys, AR Rahman continues to push boundaries: As a musician, producer, writer and filmmaker.

While the Showstoppers list features high-profile superstars, it also includes talented individuals who might be lesser talked-about, but have proven their mettle in their respective fields in 2022.

The film category, for instance, includes 15 actors and five filmmakers, who have had the most top-notch achievements with their theatrical releases. Films and performances from the top five mainstream film industries from India—Telugu, Hindi, Tamil, Malayalam and Kannada—were considered. Similarly, names of 10 actors and five filmmakers were shortlisted for OTT, plus 15 from sports.

The selection criteria for film and OTT is not just commercial / box office performance and popularity, but also quality of their work, how different, sensitive, accomplished or unique it was, and where it stands in comparison with other actors or filmmakers. All categories considered performances and achievements from January 2022 till first week of December 2022.

The film jury included Baradwaj Rangan, a National Award-winning film critic and editor-in-chief of Galatta Plus, Jai Arjun Singh, independent writer, critic and teacher, and Ashameera Aiyappan, a film journalist who writes about cinema with a focus on gender and intersectionality.

The jury members catalysed the making of a rich and diverse list. The film category—in which 14 out of 20 names are actors and filmmakers who predominantly work in one or multiple industries in South India—is a mix of promising actors who have had an amazing run in 2022, featured alongside legends and popular stars. This includes Aishwarya Lekshmi, Sai Pallavi, Rishab Shetty and Suraj Venjaramoodu, alongside Tabu, Alia Bhatt, Rajkummar Rao, Mammootty, Karthi, and Ayushmann Khurrana.

Four out of five directors on the film list are from South India, and whose films found success both in the country and globally. This includes SS Rajamouli for RRR, Lokesh Kanakaraj for his film Vikram, Mani Ratnam for Ponniyin Selvan:1,  Goutham Ramachandran for Gargi, and Sanjay Leela Bhansali for Gangubai Kathiawadi.

(This story appears in the 13 January, 2023 issue of Forbes India. To visit our Archives, click here.)

Tweets by @forbesindia
Will 2023 bring some calm and stability at Twitter?
Kidney transplantation